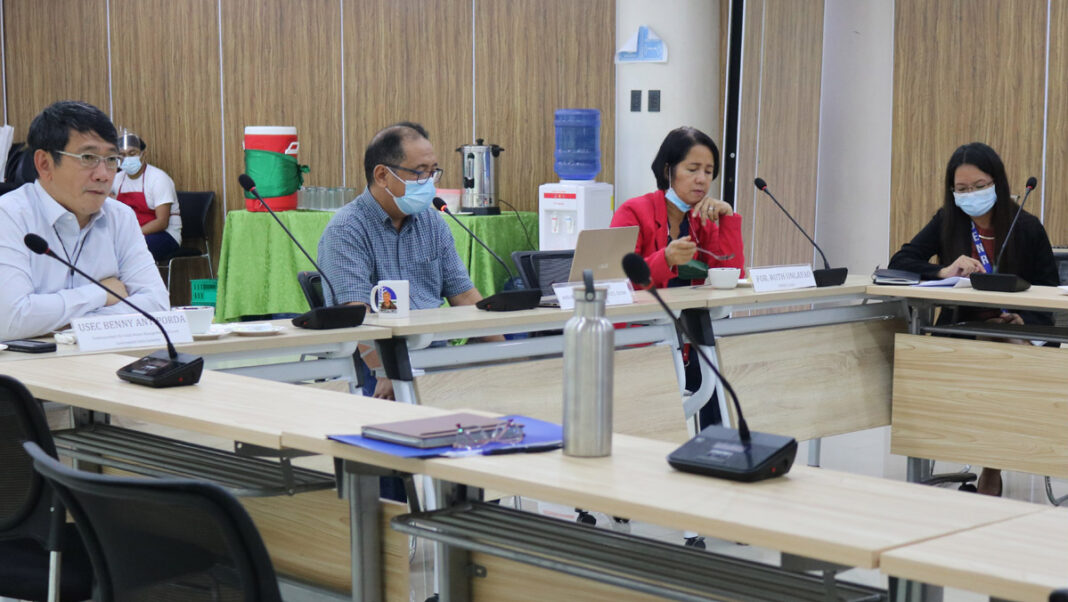 THE Department of Environment and Natural Resources (DENR) CALABARZON sought the assistance of the Key Result Area (KRA) 5 of the Manila Bay Inter-Agency Task Force (MBIATF) in addressing the issues on the illegal fish traps, fish cages, and other aquaculture structures in Cavite.

Per available data from the concerned local government units (LGU), Bacoor City has 351 tahungan operators with permits on-hold per Mayor’s order as the said operators failed to pay annual registration fee due to the issue on the proposed Bacoor reclamation projects. On the other hand, no permit was issued to the 23 pond-type operators in Kawit, Cavite and 26 bamboo fish traps in Cavite City. In the same way, no permit or fishing license was issued to any fish pen tahungan, and sapra operators in Noveleta, Cavite as certified by the Municipal Agriculturist.

Considering the urgency of the directive of the Secretary, DENR Legal Affairs Service Director, Atty. Norlito A. Eneran said the demolition of the structures which totally have no corresponding permits should be prioritized. However, the economic effect of the said action to the affected fisherfolk should be taken into consideration, he emphasized.

In response to the request of the DENR CALABARZON for advice and assistance regarding the plan presented, the KRA 5, led by Department of Justice Assistant Secretary Margaret V. Castillo-Padilla, advised the regional department to coordinate with the Department of Social Welfare Development and Bureau of Fisheries and Aquatic Resources with regard to the assistance which may be provided to the affected fisherfolk, and with the concerned LGUs and the Department of the Interior and Local Government (DILG) regarding the dismantling operations.

Gorospe said they will officially request DILG Secretary Eduardo Ano to direct the concerned LGUs to demolish those structures without permit and to provide security during the demolition. A special KRA 5 meeting will be held on August 17, 2021 for DENR CALABARZON to present its concrete plan and timeline for demolition. The said meeting shall also be attended by the concerned LGUs.

Manila Bay Site Coordinating and Management Office-4 Deputy Site Coordinator, Cynthia N. Rozaldo said they should be able to address the issues on the fish cages, fish traps, and tahungan operations in Cavite by August 30, 2021 as per directive of the Secretary.

Early in July 2021, Environment Secretary Roy A. Cimatu ordered DENR CALABARZON Regional Executive Director Nilo B. Tamoria to conduct an immediate and complete inventory of all fish pens, fish cages, baklads, and sapras in Cavite, and to identify those with permits to operate. Cimatu said “legitimate operators will be required to repair their damaged fish pens and cages while those without permits shall be ordered to immediately self-demolish”. The said instruction was in view of the huge amount of bamboo poles from fish pens, fish cages, and baklads/sapras, which were washed from Cavite waters into the shore of Manila Bay due to the recent southwest monsoon.|