Distressed crews on quarantine of RoRo vessel appeal for help 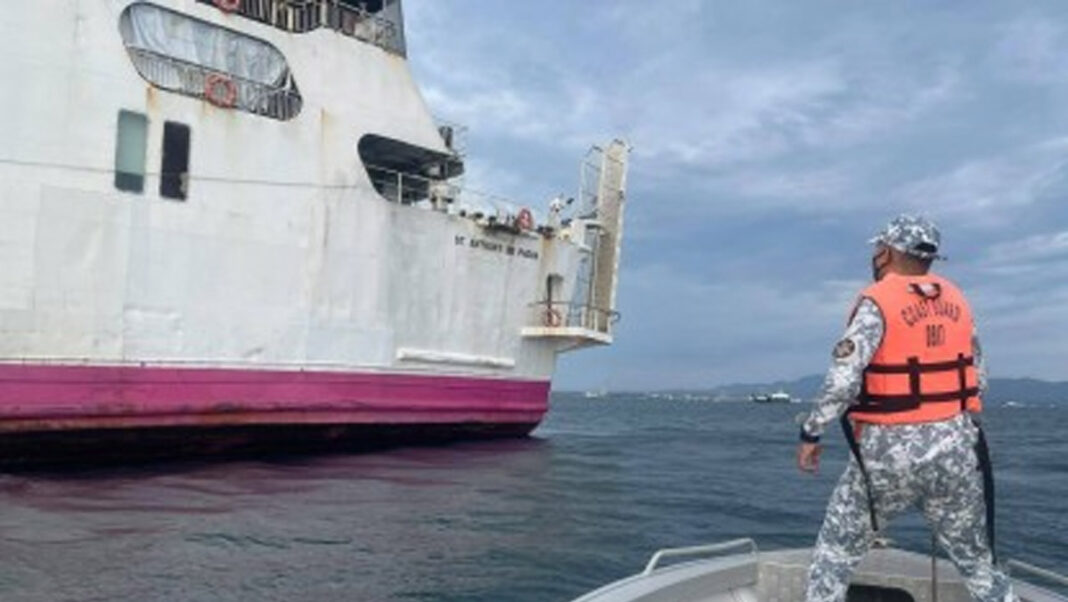 Bauan, Batangas – The distressed crews of the roll on-rol off (RoRo) vessel M/V St. Anthony de Padua are now asking for the concerned agencies to act quickly on the delivery of their basic needs while undergoing quarantine aboard the vessel.

In an exclusive interview, a crew said on a condition of anonymity said they are running out of water supply because of the too stringent protocols being implemented in the delivery of supplies and movement of personnel in the vessel.

“We see to it that all of us are wearing masks and are observing social distancing. The crews who remain negative in repeat swab tests are even taking vitamins and taking a bath twice a day, but we are running out of water, even the potable water for drinking have limited supply,” the crew said.

“We believed that the management is doing is part for the provision of food and other basic needs, but the problem seems to be with the delivery because of the permits of concerned agencies,” the crew added.

These distressed shipping workers are also appealing for personal hygiene kits, especially the female crews on board.

In a separate interview, the Philippine Coast Guard said it is implementing strict surveillance and monitoring of the movement of people and delivery of goods to assure the safety and prevent further contamination of the remaining crews on board.

The M/V St. Anthony de Padua is now anchored at the municipal waters of Bauan within the Batangas Bay or at northwest direction from the Port of Batangas and is not allowed to moor at any ports while the crews both positive and negative in Covid-19 are on board.

Prior to this, when the vessel is about to sail for Caticlan, Antique on the evening of August 1, Sunday, an officer and a 2nd engineer of the vessel have disembarked and went to Golden Gate Hospital in Batangas City after one of them experienced symptoms of corona virus disease like loss of appetite and sense of smelling.

The vessel then left for Caticlan with the remaining crews and 222 passengers on board. The following day, results of the swab tests of the said two crews turn positive to CoVid-19. But the vessel went back to its home port and left Caticlan on the night of August 3 with another 33 passengers and arrived at the Port of Batangas on August 4.

After the said 33 passengers has disembarked at the port area, the vessel went on anchorage but another two crews, the chief mate and the 2nd officer, have experienced same symptoms. With the help of tugboat, the said crews were transported to the port area and then were brought to Jesus of Nazareth Hospital in Batangas City aboard a public tricycle. Said crews also turn positive to Covid-19 but were not accommodated in the said hospital due to lack of available rooms.

After they were temporarily sheltered in a local quarantine facility, the Provincial Health Office them to the Chateau Royale in Nasugbu town, a Bureau of Quarantine accredited facility, but the Oplan Kalinga doctors send the chief mate to San Juan District Hospital in San Juan town.

Alarmed with the situation, the shipping management outsourced the service of a private testing laboratory to test all the crews with Covid Antigen Test and 25 crews turn out to be positive even in confirmatory RT-PCR test.

A medical doctor attending to the medical needs of all the crews aboard asked the authorities to allow them observe the whole quarantine period aboard the vessel, but the Provincial IATF said the national IATF and the Bureau of Quarantine has to approve it first.

Meanwhile, M/V St. Anthony de Padua is a rolling passenger and cargo vessel of 2Go Travel, a subsidiary of the 2Go Group of the SM Investment Corporation (SMIC).

In March 2021, the vessel went viral when it rescued a distressed fisherman aboard an overturn motor banca off Matoco Point in Batangas City.| – BNN