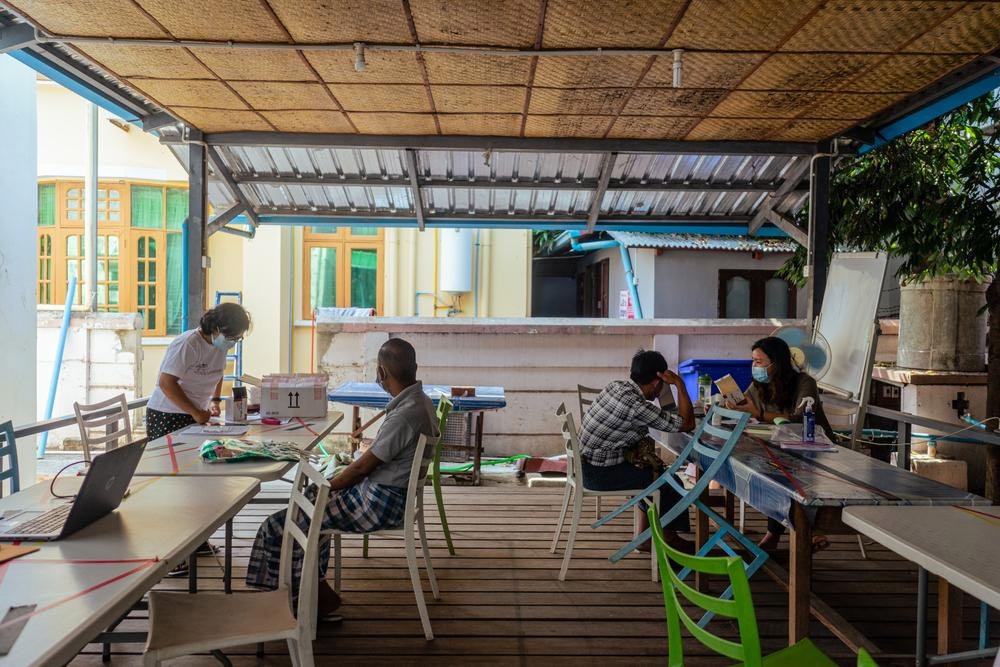 MYANMAR — The violence and intimidation committed by security forces in Myanmar is creating a climate of fear and disrupting HIV patients’ access to life-saving antiretroviral treatment.

Ko Tin Maung Shwe is a high-risk patient who has both HIV and hepatitis C. He needs regular consultations to monitor his condition and medication to control the symptoms, but this has become increasingly difficult since the military seized control of the country on 1 February.

“Today’s journey is not as easy as it was. I didn’t have to worry about anything before. But now, I need to be careful about even going around the corner because soldiers check cars, phones and people. That’s why I am scared. I have to make calls before I leave to find out how the routes are. Then I go out if things seem fine,” said Ko Tin.

“If I did not make it to the places where the medication is provided, I would not be able to take them and I would die. This medication is vital for me to live.”

Ko Tin lives in Thaketa Township in Myanmar’s commercial capital Yangon where he usually visits a clinic staffed by Doctors Without Borders/Médecins Sans Frontières (MSF) close to his home at Thaketa Hospital. But like most public facilities across the country, it is barely functioning. The military occupied the hospital grounds in past weeks, causing both staff and patients to refuse to go in fear for their safety or that they will be arrested, while many of the doctors and nurses who work there are on strike in rejection of the military’s seizure of power.

Yet stopping treatment is not an option for Ko Tin. With the hospital unavailable, Doctors Without Borders is using its office in Yangon to provide him and other patients like him with consultations, blood tests and medication.

These patients have complex and serious conditions, and that is why we must continue to see them. If they do not keep up treatment, their symptoms will progress, and for those with hepatitis C it can lead to serious liver conditions and even cancer. Dr Ye Yint Naing, Medical Activity Mgr

Not only is the situation threatening patients’ physical health, but it is also taking a toll on their mental wellbeing.

“I saw one military truck on the way to the clinic. It is not easy to go from one place to another. I don’t feel safe. I was not searched today, but I was worried,” said U Thein Aung*, a 55-year-old male patient. (*Not his real name)

“Since the coup I have struggled with depression. It is not easy to go to hospitals and clinics, even in an emergency.”

To address this growing issue, Doctors Without Borders is expanding its psychosocial support services across its clinics.

U Thein’s and Ko Tin’s experiences are reflective of part of a wider breakdown of Myanmar’s health system that Doctors Without Borders is witnessing first-hand. With medical staff refusing to work under the de facto military government, referral pathways are in disarray. There has been a dramatic reduction in the availability of basic and specialised health care.

Doctors Without Borders had been in the process of transferring HIV patients to the country’s National AIDS Programme, but since the military seized power this has been paralysed, disrupting as many as 200,000 people’s treatment.

Over 2,000 patients whom Doctors Without Borders had previously handed over to NAP have returned to our clinics for consultations and refills. The clinics are now registering new patients who cannot get diagnosed and treated through the public health system.|DoctorsWithoutBorders-apac.org