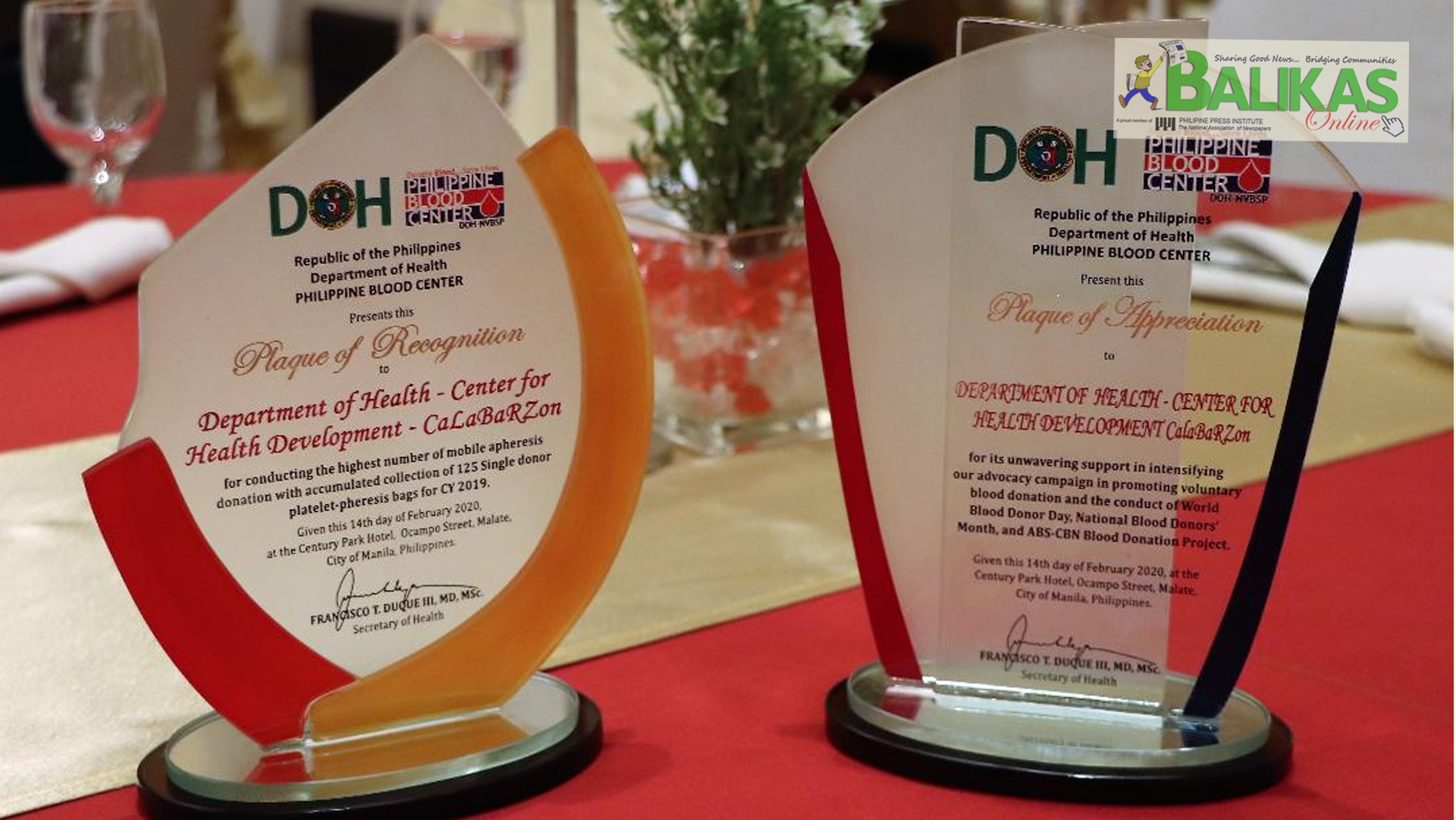 Among the awards given by the National Voluntary Blood Program of the Philippine Blood Center were a plaque of recognition for conducting the highest number of mobile apheresis donation with accumulated collection of 125 single platelet-pheresis bags for 2019.

A Bronze Apheresis Galloner’s Award was given to one its employee, Mr. Domingo G. Berida, Jr. for his 15 times apheresis donation and his unstinted support and benevolent gesture in bringing hope and extending life to others.

“Blood donation is safe. It has saved countless of lives and patients of all ages including those involved in accidents, surgery, organ transplants and cancer,” Regional Director Eduardo C. Janairo stated.

The Philippine Blood Center is the award giving body of the DOH for different government agencies, private sectors, and individuals who had huge contributions to the agency’s blood donation campaign through its “Dugong Bayani Award held every year.|-BALIKAS News Network