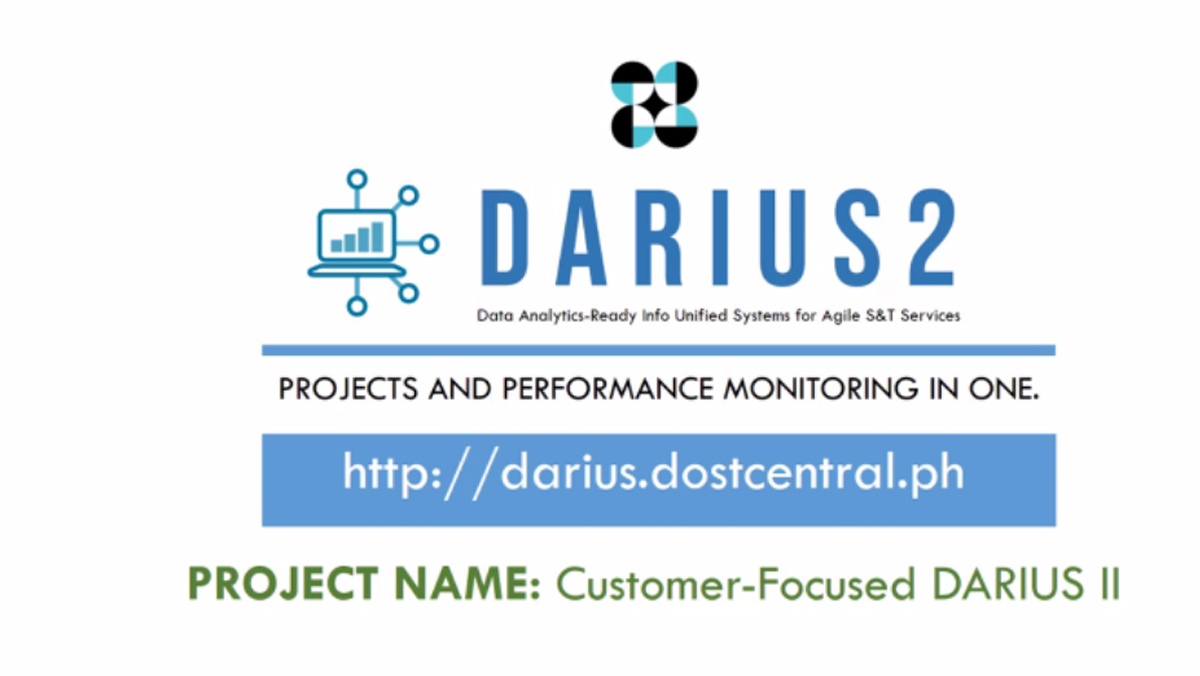 Gordon in hospital due to CoVid-19 pneumonia

Achieve a youthful glow with Collagen by Watsons

FOLLOWING the completion of DARIUS I Project, Customer-Focused DARIUS II is set to build a customer portal for the project proponents and cooperators and assist in building the DOST-wide project information database. DARIUS stands for Data Analytics-Ready Info Unified System for Agile Delivery of S&T Services. DOST-CALABARZON led the pre-implementation meeting attended by various representatives from each Regional Offices (ROs) last 24 February, 1:30PM via Zoom platform.

Ms. Emelita P. Bagsit, OIC-Regional Director of DOST-CALABARZON, thanked the participants and sought their continuous support for the project, particularly in the database buildup. She also emphasized the importance of maximizing the project’s benefits, encouraging each region to give their honest inputs for the betterment of DARIUS’ web-based application platform, IMPRESSION or Information and Management of Projects, Services and S&T Interventions.

According to Engr. Francisco Barquilla III, Project Leader of DARIUS II, he would like to dedicate this project to the late DOST Usec. Brenda Nazareth-Manzano.

As the main resource speaker in the meeting, Engr. Barquilla introduced the project’s two main objectives which are to transform IMPRESSION from an internal operations system to a customer-centric information system that would improve the service delivery of the DOST Regional Offices.

Engr. Barquilla also discussed DARIUS II’s target beneficiaries, customer features, data capture and systems integration, data analytics, budget distribution, workplan, and the roles of each DOST agency in the implementation. After the discussion, an open forum was also held in order to elicit feedback and clarify questions from each regional representative.

To close the program, Engr. Barquilla acknowledged everyone’s support and accomplishments despite the pandemic.

Gordon in hospital due to CoVid-19 pneumonia

Achieve a youthful glow with Collagen by Watsons