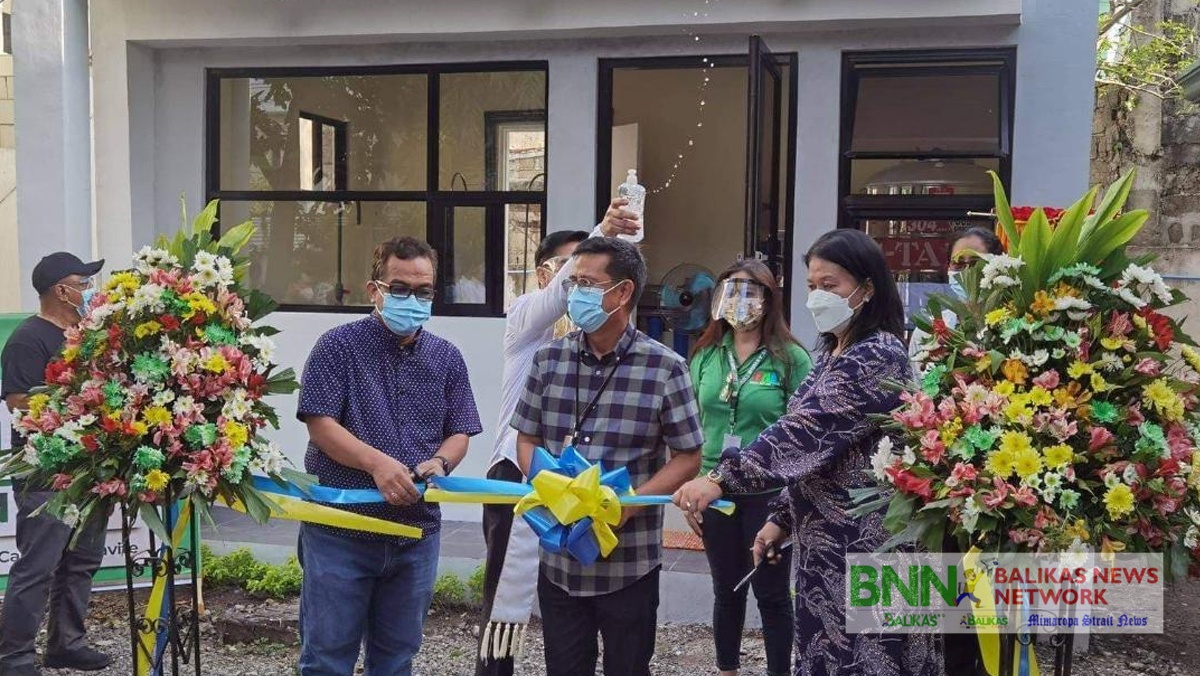 On February 17, 2021, the Department of Science and Technology – CALABARZON (DOST-CALABARZON), through its Provincial Science and Technology Center in Cavite (DOST-PSTC Cavite), attended the blessing and inauguration of the Buhay Autismo Incorporated (BAI) Tubig Talino Water Refilling Station in Barangay Mabuhay, Carmona, Cavite.  The event is part of the line-up of induction activities celebrating the 164th Founding Anniversary of the Municipality of Carmona, Cavite.

The BAI is a non-government organization established in October 2017 by parents of children with Autism Spectrum Disorder (ASD) in Carmona. With the assistance of the Persons with Disabilities Affairs Office (PDAO) in the municipality, the organization became empowered to spearhead livelihood projects to support the care and to raise the living conditions of persons with ASD and their families. One of such projects is the establishment of the Tubig Talino Water Refilling Station. The DOST-PSTC Cavite funded the installment of the station equipment and tools for iodine fortification, and helped the BAI to comply with food safety and hygiene standards, and to acquire license to operate with the Food and Drug Administration.

Tubig Talino, or the DOST – Food and Nutrition Research Institute (DOST-FNRI) Iodine Rich Drinking Technology, is among the DOST technologies available for adoption through the DOST regional offices and provincial centers, including the DOST-CALABARZON and the DOST-PSTC Cavite. The technology (Tubig Talino) addresses the prevalence of iodine deficiency common in Filipino children as drinking at least five glasses of the Tubig Talino meets 33% of the iodine daily requirement of the body.

Engr. Raul D. Castañeda, the Provincial Director of the DOST-PSTC Cavite, mentions the potential impact of the establishment of the Tubig Talino Water Refilling Station, in his short message during the inauguration activity. Prior to the passing of Republic Act No. 8172 (An Act Promoting Salt Iodization Nationwide, or ASIN Law), micronutrient malnutrition, especially among children, had been a public concern.  With Tubig Talino, the DOST and its technology adopters is able to respond to this ongoing issue.

During the event, Engr. Castañeda, on behalf of the DOST-CALABARZON and the DOST-PSTC Cavite, likewise presented a plaque of recognition as the 2020 Best Grants-in-Aid Community-Based Project (GIA-CBP) Beneficiary in Cavite to the LGU of Carmona for their active engagement with the DOST in the adoption of S&T interventions.  One such intervention is the upgrading of its biodegradable wastes processing capability through the installation of a 1,000-kilogram Capacity Bioreactor.

Engr. Castañeda, together with Carmona Mayor Roy M. Loyola, and 5th District of Cavite Representative Dahlia A. Loyola, led the ribbon-cutting ceremony of the BAI Tubig Talino Water Refilling Station. The latter two and the Municipal Environment and Natural Resources Officer (MENRO) of Carmona, Mr. Rommel DL. Peneyra, received the 2020 Best GIA-CBP Beneficiary in Cavite on behalf of the LGU of Carmona.| – dost/bnn