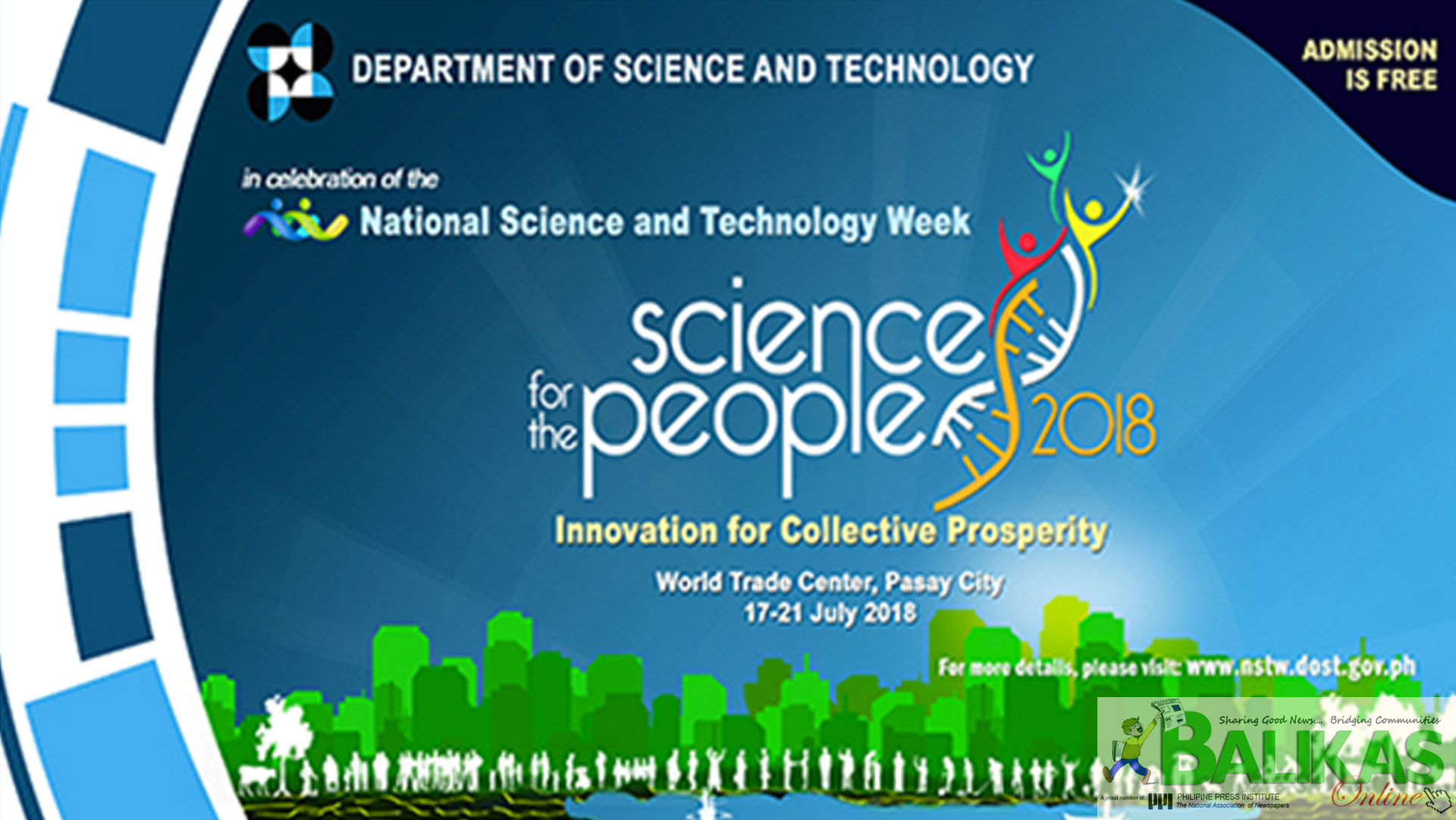 This year’s NSTW will carry the theme “Science for the People: Innovation for Collective Prosperity.”

The exhibit for this year will simulate an ecosystem of how STI work together for the progress of a community. Technologies developed by the DOST and its attached agencies, as well as its partners, will be displayed for the first time via interactive displays in four clusters namely: STI at Home, STI in School, STI in the Workplace and STI in the Marketplace.

Guests are encouraged to participate in games and raffles for some prizes and tokens.

Aside from the main exhibit, forums will be conducted at the mezzanine area of the Center. To be held at the main stage are forums on the Small Enterprise Technology Upgrading Program (SETUP) and Community Empowerment through Science and Technology (CEST).

There will also be activities lined up on the side such as film showing, scientific career talks, science journalism writeshop, and others. Though the entrance to the NSTW is open, some of the events may require pre-registration or on a per-invitation-only basis.

The NSTW is celebrated every third week of July through Proclamation No. 169 of 1993. It aims to recognize the contribution of science and technology in the development of the country and garner support from the public and private institutions for its sustainable development.

After the event, a series of regional science and technology fairs will also be held in every region in the country until December.|