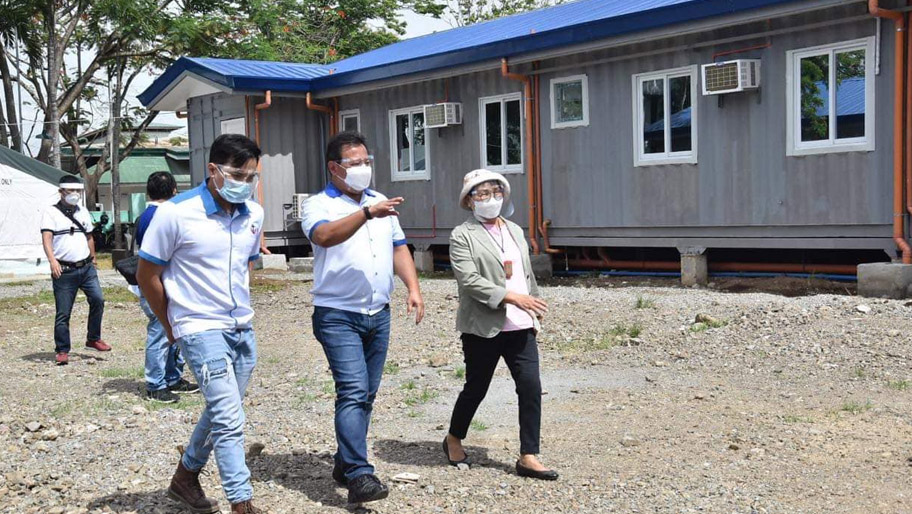 TO complement the depleting health facilities of both public and private hospitals in Batangas and nearby provinces, the Department of Public Works and Highways (DPWH) and the Department of Health (DOH) constructed a 31-room facility at the Batangas Medical Center (BatMC) compound in Batangas City that was inaugurated Friday morning.

The temporary treatment facility stands in a 3,678 square meter rotonda lot fronting BatMC and is very accessible to incoming patients from other minor health facilities in the region.

Other than the treatment facilities for patients, the third cluster is a makeshift dormitory with 22 rooms dedicated to accommodate 44 healthcare professionals who will attend to Covid-related patients was also completed.

With completed civil works and medical equipments, the facility is readied to accommodate the surge in cases in Batangas including spillover patients from Metro Manila and nearby provinces in the Southern Tagalog Region.| – BNN