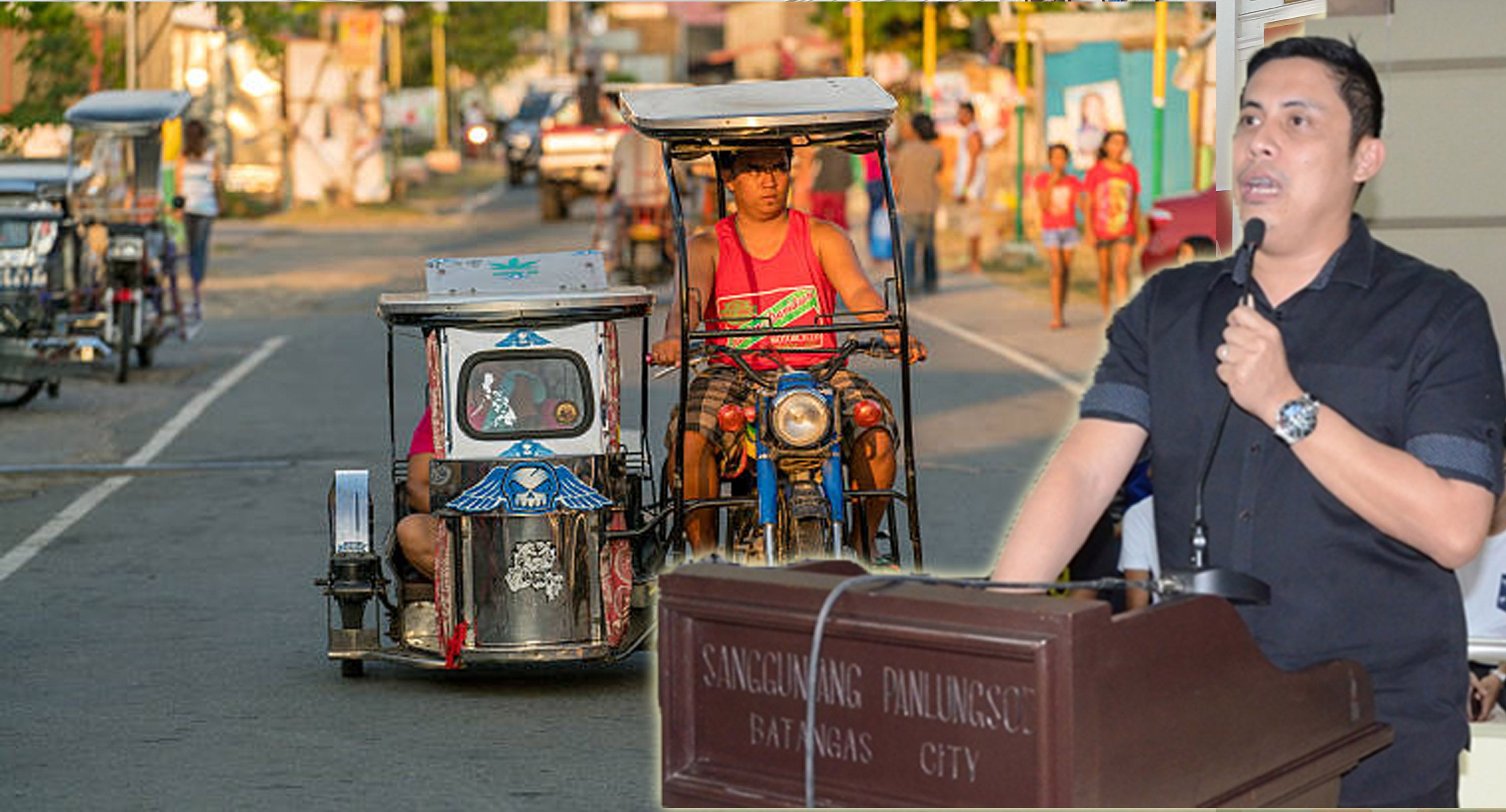 BATANGAS City – THE Sangguniang Panlunsod (city legislative council) on Tuesday passed a resolution seeking approval from the Department of Public Works and Highways (DPWH) to designate special tricycle lanes at the diversion road in Barangay Balagtas in this city.

The city council resolution stemmed from recurring requests by the tricycle drivers’ association to provide them space at the diversion road where the grand terminal, several hospitals and commercial establishments are located, with the site now considered an urban “growth” area.

The resolution is one of the recommendations of the city legislative council’s Committee on Transportation, chaired by City Councilor Oliver Z. Macatangay, during the local legislators’ public hearing last March 12 which tackled the ban on tricycle along the diversion road.

Engr. Francisco Beredo, the city Development and Regulatory Office (TDRO) officer-in-charge, has expressed city hall’s position in compliance with the Batangas City ordinance which provides that “no tricycles shall operate / be driven in violation of national laws.”

Beredo added that under the city ordinance “tricycles are not allowed to operate along national highways and all other streets that may be prescribed by the Tricycle Franchising Regulatory Committee (TFRC).”

City Administrator Narciso B. Macarandang, however, manifested that the Department of the Interior and Local Government (DILG) has issued a memorandum circular in year 2007 that prohibits tricycles and pedicabs to operate along national highways and other thoroughfares being used by four-wheeled vehicles carrying more than four tons and whose normal speed exceeds 40 kph.

Meanwhile, Derwin Panganiban from the Land Transportation Office (LTO) also shared that the LTO’s letter of instruction (LOI) 1942 under Section 10 stipulates that any tricycle cannot pass along the national highway except for special lanes for them.

The LTO provision citing exception on the special lanes has opened discussions in the city council which recommended among others the determination of diversion road classification and its continued ban on tricycles passing through the diversion road as long as the road does not have a clear classification yet.

While the newly-passed resolution is still pending approval by higher authorities, the City Council and the city regulatory office have assured they will continue to find a possible alternate route for tricycles.|PNA