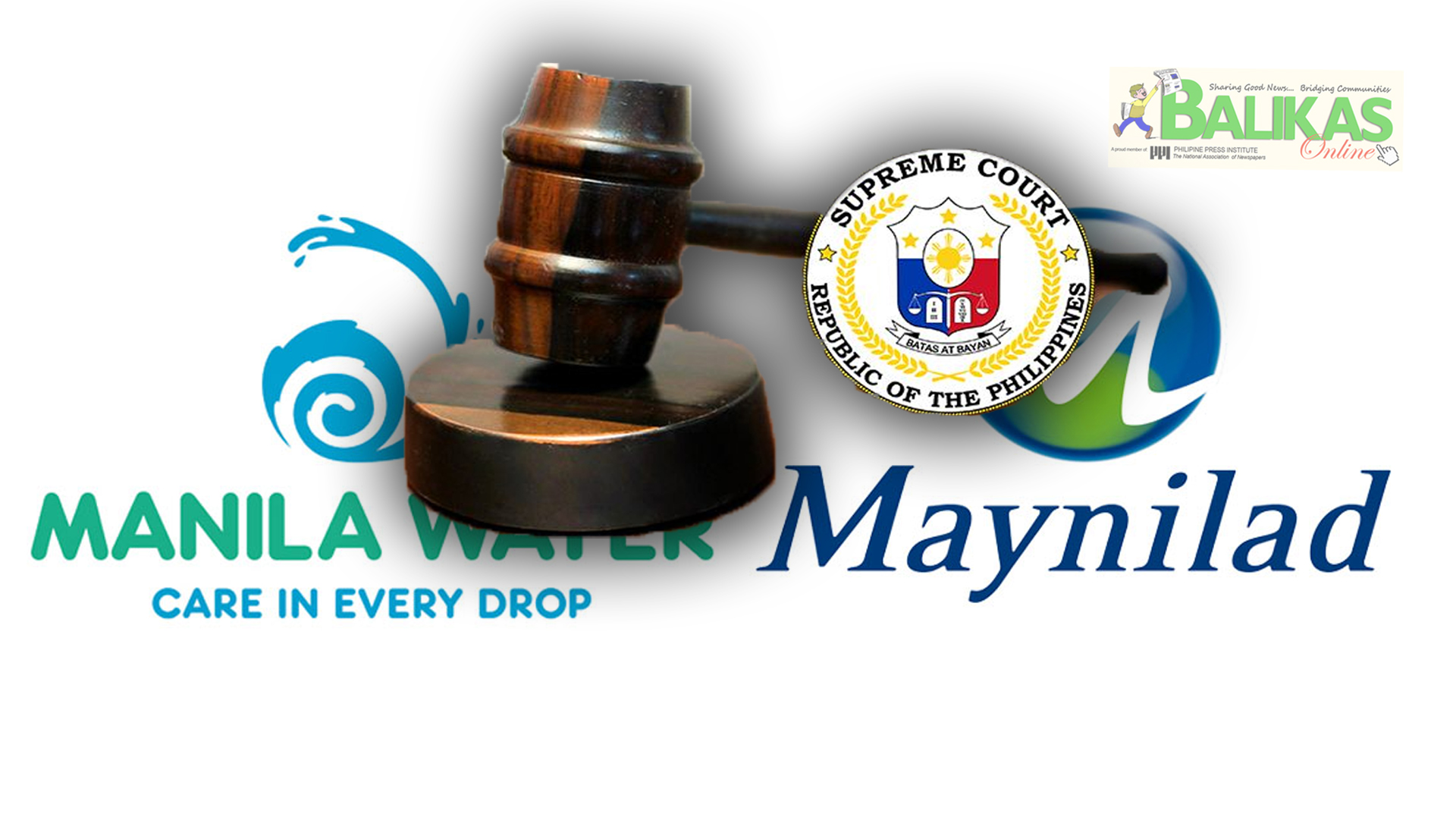 “The two water suppliers should first acknowledge their violations of the Clean Water Act and pay the fines they owe the government,” Atienza aid.

“This is not just about the money. This is also about enforcing penalties to strengthen their deterrent function against potential future violators of the law,” Atienza said.

“We’ve had enough of big businesses flaunting the law simply because they have the wherewithal to drag cases out in court,” Atienza said.

“The government has to send across the harsh message that all businesses are expected to live up to certain standards of conduct and ethics that include voluntarily compliance with our environmental protection laws,” Atienza said.

“We cannot imagine the government discussing new concession pacts without some form of settlement or resolution of the two water firms’ continuing violations of the Clean Water Act,” Atienza said.

Justice Secretary Menardo Guevarra on Thursday said the government may begin renegotiations next month with the water providers to revise their concession agreements.

The Supreme Court on Aug. 6, 2019 upheld a Department of Environment and Natural Resources (DENR) order penalizing the two water suppliers and the Metropolitan Waterworks Sewerage System (MWSS) with an initial P1.84 billion in combined fines for violating Section 8 of the Clean Water Act.

Atienza issued the DENR order in 2009 when he was Secretary of Environment and Natural Resources.

Under Section 8, both water firms are required to provide wastewater treatment facilities and to connect sewage lines in all establishments and households to an available sewerage system.

Until they fully comply with the law, the Supreme Court had ruled that Manila Water, Maynilad and the MWSS will have to continue to pay a P322,102 daily fine that escalates by 10 percent every two years, plus legal interest of six percent per annum.

The initial P1.84 billion in combined fines has since ballooned to P1.96 billion as of Feb. 8, 2020, without counting the legal interest, according to Atienza.

Up to now, the water firms have not paid the fine. Instead, they have asked the Supreme Court to reconsider its order.

The firms warned that water rates could hit the roof, should they be forced to pay the fine until they complete their sewerage projects.