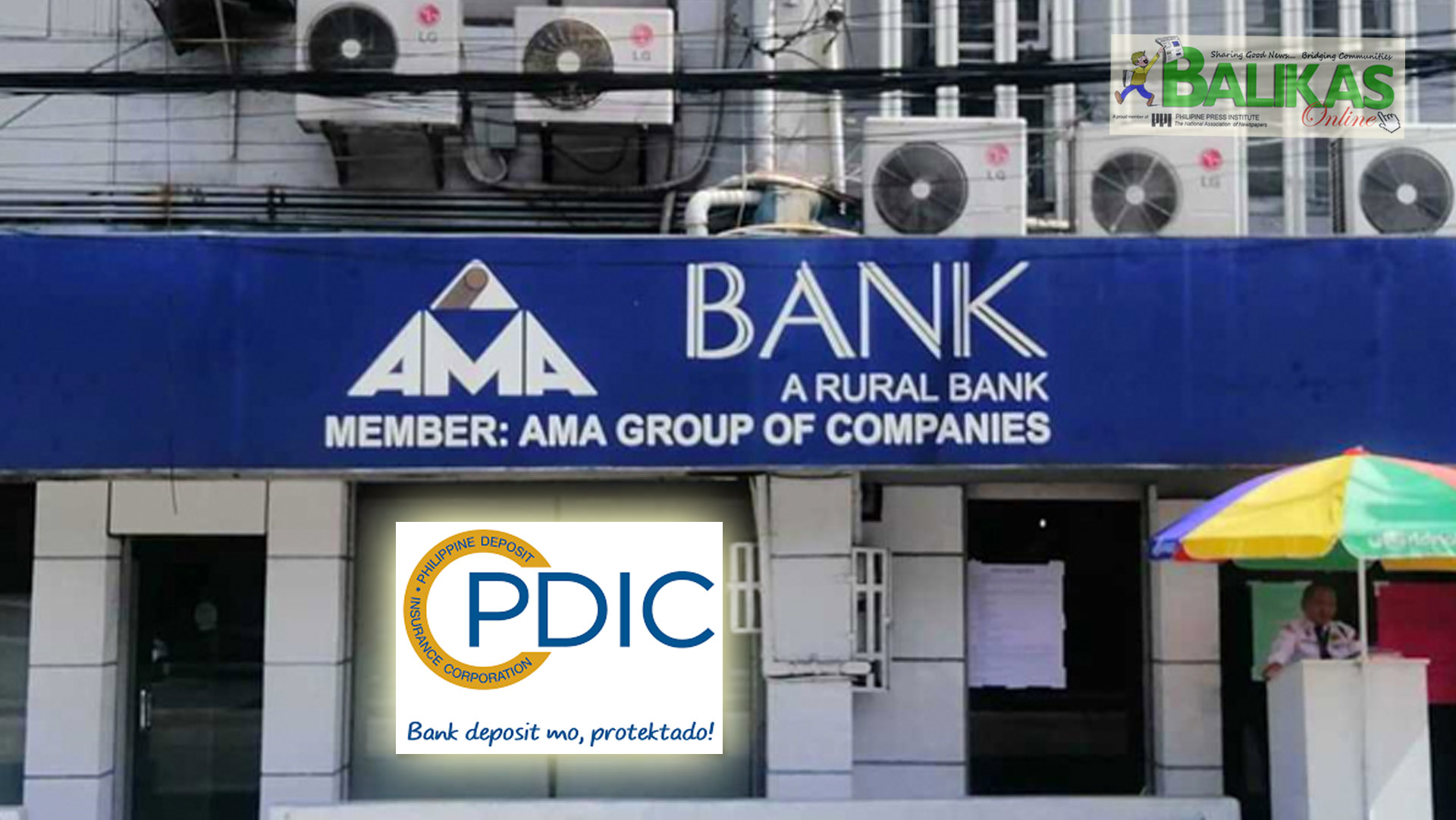 THE Philippine Deposit Insurance Corporation (PDIC) will run after the officers and employees of a rural bank that the Monetary Board fot eh bangko Sentral ng Pilipinas (BSP) has ordered closed for allegedly refusing to surrender the records of the said closed bank.

In a Statement of the state liquidator released on Friday, November 15, PDIC said that since the supposed takeover of the on November 8, 2019, employees of AMA Rural Bank of Mandaluyong, Inc. did not acknowledge the authority of PDIC as receiver and liquidator as mandated by law.

Here’s the statement of the PDIC:

“… PDIC took over AMA Rural Bank of Mandaluyong, Inc. on November 8, 2019 after the Monetary Board ordered the closure of the bank on November 7, 2019.

Since then, the bank employees refused to account for and turn over to the PDIC the records under their individual accountabilities. Without these records, the PDIC will be unable to immediately pay the claims of depositors for insured deposits.

Based on reports submitted to the PDIC as of June 30, 2019, the bank’s total deposits amount to PhP1.4 billion involving 8,434 deposit accounts. For a closed bank of this size, the PDIC pays the depositors up to 15 working days from date of takeover.

Under Section 26 (f) (1) (h) of the PDIC Charter or Republic Act 3591, as amended, refusal to turn over or destroying or tampering bank records by any director, officer, employee or agent of a bank are criminal acts. These are punishable with imprisonment of not less than six (6) years up to twelve (12) years or a fine of not more than P10 million, or both, at the discretion of the court.

The PDIC will not hesitate to use the full force of the law to safeguard the interest of the depositing public. The PDIC assures the public that all possible measures are being taken to expedite the turnover of bank records.

The PDIC will hold a series of meetings with depositors and borrowers starting November 21 to provide updates. The schedule and venue of these meetings will be announced through media, postings in our website and social media accounts, and our public assistance personnel who are stationed at the bank premises of the Head Office and branches.”| – BALIKAS News Network