Ermita scion to have face-off with brother-in-law, 2 others 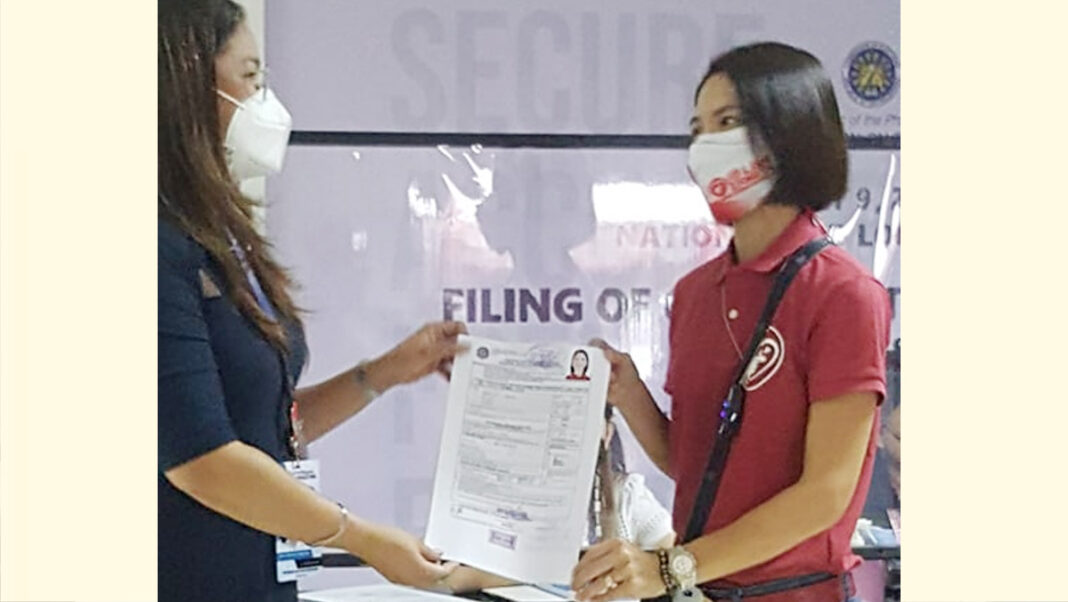 BALAYAN, Batangas – THE political scene in Batangas started to heat up as immediate family members file their Certificate of Candidacies (COC) for the same position come May 2022 National and Local Elections.

Former Executive Secretary Eduardo R. Ermita, personally picked and assisted her youngest daughter Lisa to run for Representative of the First District of Batangas and succeed her elder sister, incumbent Congresswoman Eileen E. Buhain who is serving her third term.

In effect, Lisa is being positioned to have a face-off with her brother-in-law, Eric Buhain, whom wife Eileen has endorsed and accompanied in filing his COC last Friday, October 1.

With Lisa filing her COC, the older Ermita aims at keeping the political hold of the First District under the Ermitas.

The Ermitas started its hold of the first district in 1992 when then retired general Eduardo R. Ermita won over Conrado V. Apacible of Nasugbu the congressional seat which he occupied until he completed the three term limit in 2001.

Incumbent Congresswoman Eileen succeeded him in 2001 and served the next three consecutive terms.

In 2010, the Ermitas lost again to the Apacibles, when former Bureau of Customs Commissioner Tomas V. Apacible defeated the returning former Congressman Eduardo. However, the clan regained the support of the first district when the lady solon made a comeback in 2013 and retained such people’s support up to present