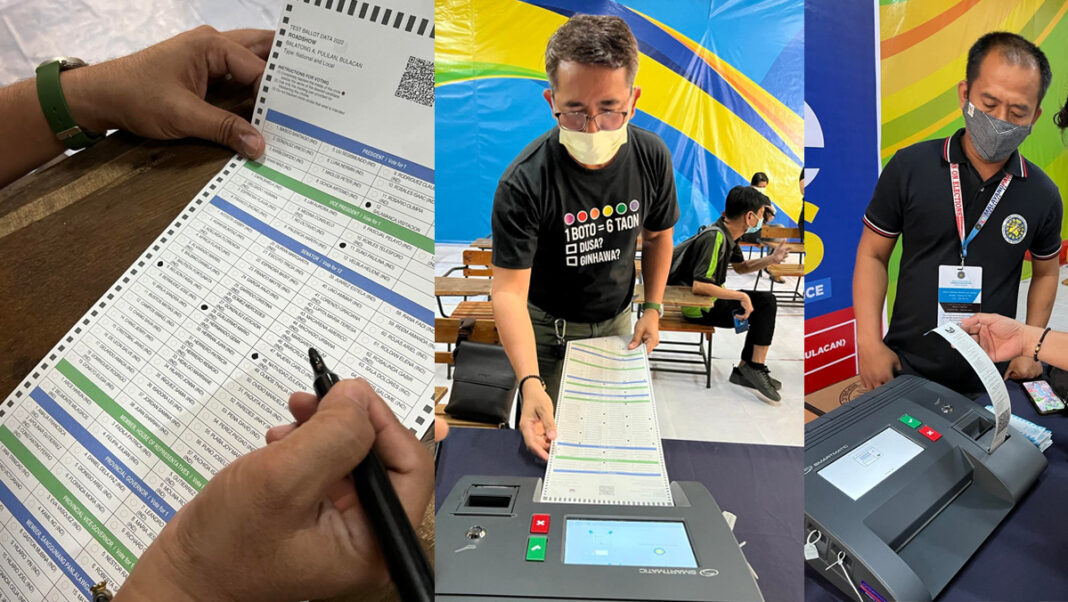 BARELY few weeks before the May 9, 2022 Synchronized National and Local Elections, the public will have the chance to practice casting a vote and try themselves the how the vote counting machine (VCM) operates.

This develops after the Commission on Elections (COMELEC) and SM Supermalls inked on Monday, April 18, an agreement for Let’s Vote Pinas: A VCM Demo and Experience in select SM Malls nationwide from April 20 to 24, 2022.

The project aims to help the public, specially the new voters, the experience a voting practice having the glance of a demo ballot, practice shading the egg-like oblong and have enough time inserting the ballot in the VCM and check the result via the vote receipt.

In his speech, Comelec Chairman Saidamen Pangarungan said through the VCM demo and experience, they hope to “familiarize each voter with the tool that we will use to record and transmit their votes.”

“With this project, we aim to dispel apprehension and fear of some voters regarding the use and security of the vote counting machines. These are state of the art equipment that have been used by other countries. They are engineered to be secure and tamper proof. The programming and codes for the machines are also safe and secure,” he said.

“So, we invite our voters to test them and familiarize themselves with these machines. So that when election day comes, we are confident that our votes will be recorded and counted securely,” added Pangarungan.

Comelec Commissioner Marlon Casquejo said the involvement of the public voting experience will assist the commission in guaranteeing how secure the votes are and that the sanctity of ballots remains paramount amidst misinformation that votes can be maneuvered or even tracked.

“This would allow the voters to see for themselves that each ballot has several security markings that will eliminate any doubt that they may have from the start, particularly among the first time voters. But most importantly, giving the public this voting experience will lessen errors that the voters usually commit on eleciotn day in shading the oval, handling the ballot or even how the ballot is being fed into the machine,” he said.

During a demo in Batangas City, lawyer Jonathan Carungcong, City Election Officer, is asking the Batangueño voters to see for themselves how the systems work as they are accommodating hundreds of voters a day from 10:00 o’clock in the morning up to 6:00 o’clock in the evening at the ground floor of SM City Batangas.

The Comelec said all 78 malls of SM will participate in the project. In Batangas province, the VCM Demo and Experience project is ongoing at SM City Batangas, SM City Lipa and SM Center Lemery.|