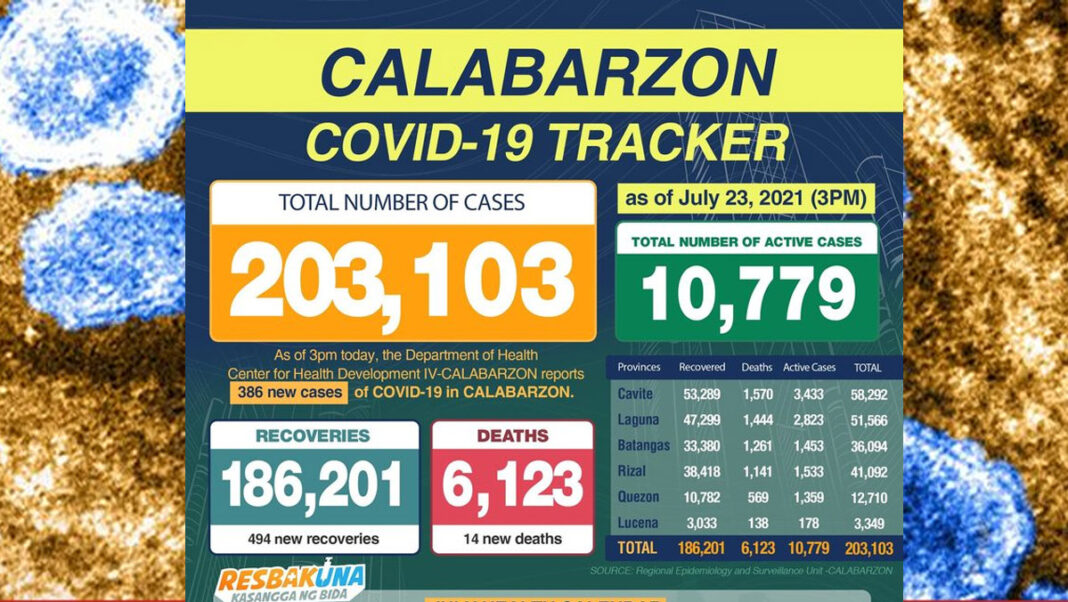 Batangas City – The CALABARZON Region residents were fearing another spike of corona virus cases in the next few weeks after cases of Delta variants in the region were confirmed Friday.

But the Department of Health (DOH) – CALABARZON (Cavite, Laguna, Batangas, Rizal, Quezon) immediately clarified that the five Delta variant cases reported in the region were local cases and not due to local transmissions and still being investigated as from still an unknown source.

Said cases were seemingly like those reported in the province of Antique where corona virus of Delta variants was detected from returning overseas Filipino workers, but were tested negative when they went home after finishing their quarantine in the hotels upon arrival in the country.

“These three cases were not from the community where they reside, but they were actually OFWs and two were from the Middle East who eventually went to their place of residence after their being quarantined and they were already confirmed negative of the virus,” Janairo explained.

The two new cases of Delta variant reported is a father, 58 years old and his son, 29 years old from Calamba City, Laguna. Investigation in on-going as to how they acquire the virus.

Janairo added that the Regional Epidemiology and Surveillance Unit (RESU) is already conducting contact tracing activities in coordination with the local government of Calamba City.

Dr. Voltaire Guadalupe, also of DOH Calabarzon, has confirmed earlier the detection of the first two cases of the Delta Variant in Cavite on Thursday.

But Janairo calls on residents not no panic, now that the Delta variant has been recorded in the region, but instead be extra careful and strictly follow health protocols and community health guidelines against Covid-19 in order not to contract the virus.