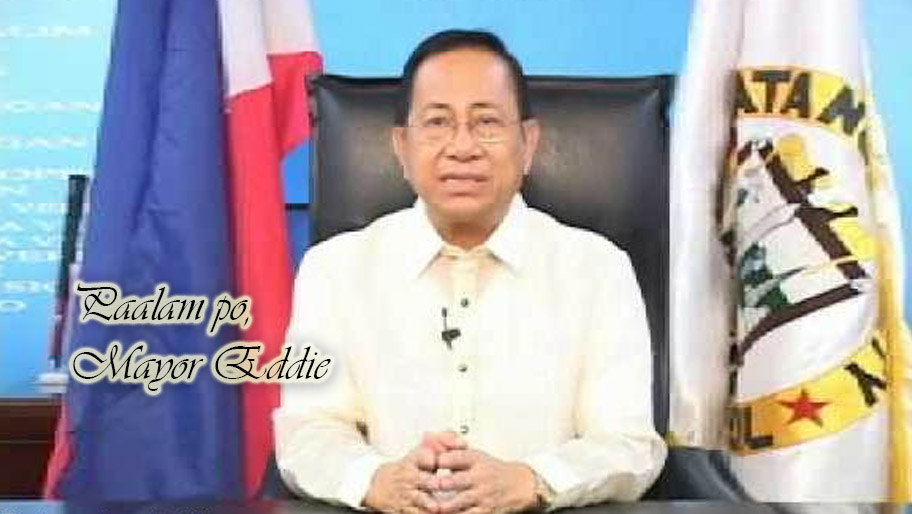 BATANGAS City – THE people of this capital city of Batangas is grieving for the loss of its longest serving chief executive, former City mayor Eduardo Berberabe Dimacuha at the age of 78.

“Our Dad, EDUARDO B. DIMACUHA, former Batangas City Mayor, joined His Creator this morning, 4 April 2021, Easter Sunday. We request prayers for the eternal repose of his soul,” his son Atty. Reginald announced in his social media account.

Past the bar in 1972, Mayor Eddie, as he is fondly called, will be best remembered in his advocacy for discipline with his program “Eto Batangueño Disiplinado” and “Isang puno, isang patpat, ating buhay ang katapat” that brought Batangas City to the national scene as one of the Cleanest and Greenest City during his term.

During his term, he put the city in the map, after topping all cities in Luzon and third in the country for its sterling financial performance, garnering the highest net income for the year 2003. No less than the Commission on Audit confirmed this singular feat. The City Civil Registrar’s Office was best performer in Region IV-A for the past five years; while the City Coordinating Council has copped the award for the Region’s Best Component City in Disaster Preparedness Management; second in the Region’s Nutrition Program Management.

The late mayor is survived by his wife, former Mayor Vilma, his sons Atty. Reginald and former Mayor Angelito Dondon, and his only daughter incumbent City Mayor Beverly Rose and Congressman Marvey Mariño.

“Our Family would like to grieve in private at this time. We thank you for your love and your prayers,” Atty. Reginald continued in his post.|