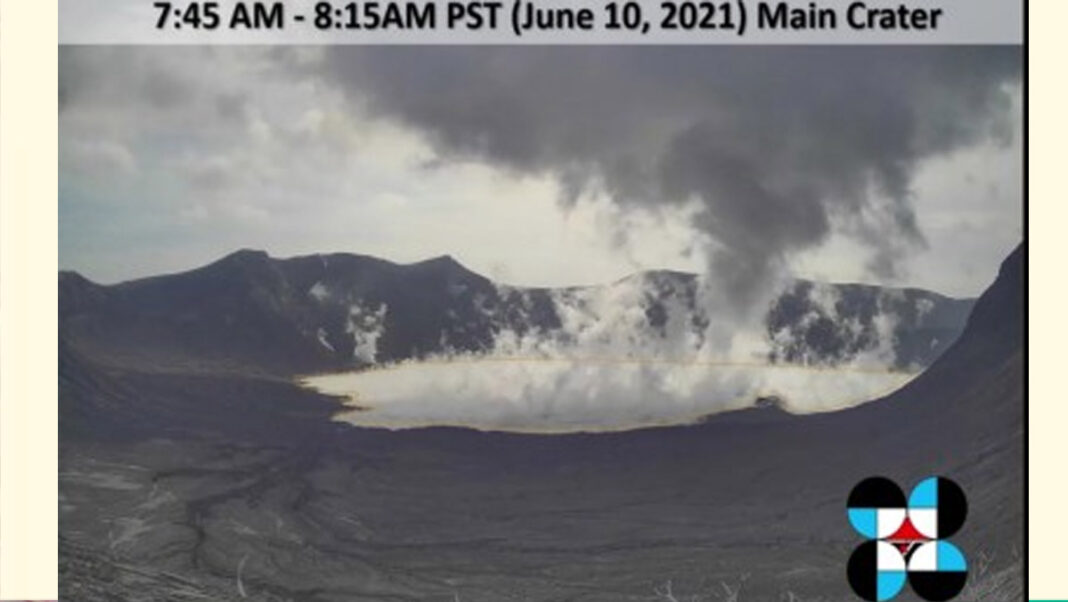 AGONCILLO, Batangas — RESIDENTS of the three barangays here experienced throat irritations and observed sudden dry-out of vegetation that kills crops and plants and trees after occurrence of rainshowers as SO2 emission over Taal Volcano increases, the municipal agricultural office reported.

“This (occurrence) is unprecedented,” Philippine Institute of Volcanology and Seismology (Philvolcs) Director Renato Solidum Jr. said although the residents are not advised to evacuate yet.

The Phivolcs advised the public on Saturday to take the necessary precautions, as high levels of sulfur dioxide (SO2) emission have been observed in the Taal Volcano Main Crater in the past two days as measured by “campaign UV spectrometry” around the Taal Lake shore.

In an advisory, Phivolcs said the highest SO2 emission ever recorded for Taal averaged 9,911 tons per day last June 10, and Solidum said the high SO2 emission persists. It, however, subsided by 53% to an average of 4,673 tonnes/day on June 11, Friday.

“Peak measurements were obtained within a period of vigorous upwelling at the Main Crater Lake, which occurred continuously between 6 p.m. of June 9 and 10 a.m. of June 10, and generated 1.5-km.-tall steam plumes,” the advisory added.

Should these observations persist, Phivolcs said communities west and north of the Taal Volcano Island (TVI) may experience the effects of volcanic SO2. This would cause eye, throat, and respiratory tract irritations, with severities dependent on the gas concentrations and duration of exposure, it added.

Phivolcs advises individuals to limit their exposure and move away from the area where volcanic gas can be sensed.

Residents are advised to stay indoors and close the doors and windows to block the volcanic gas. Wearing N95 mask or similar material to cover their nose is advisable.

Meanwhile, both the Provincial Disaster and Risk Reduction Management Office (PDRRMO) and the different local authorities around the Taal Volcano as well as the other government agencies concerned have their respective evacuation teams ready to respond should the high SO2 emission persists or phreatic eruption occur and warrant need for evacuation of affected residents.| – BNN / Joenald Medina Rayos