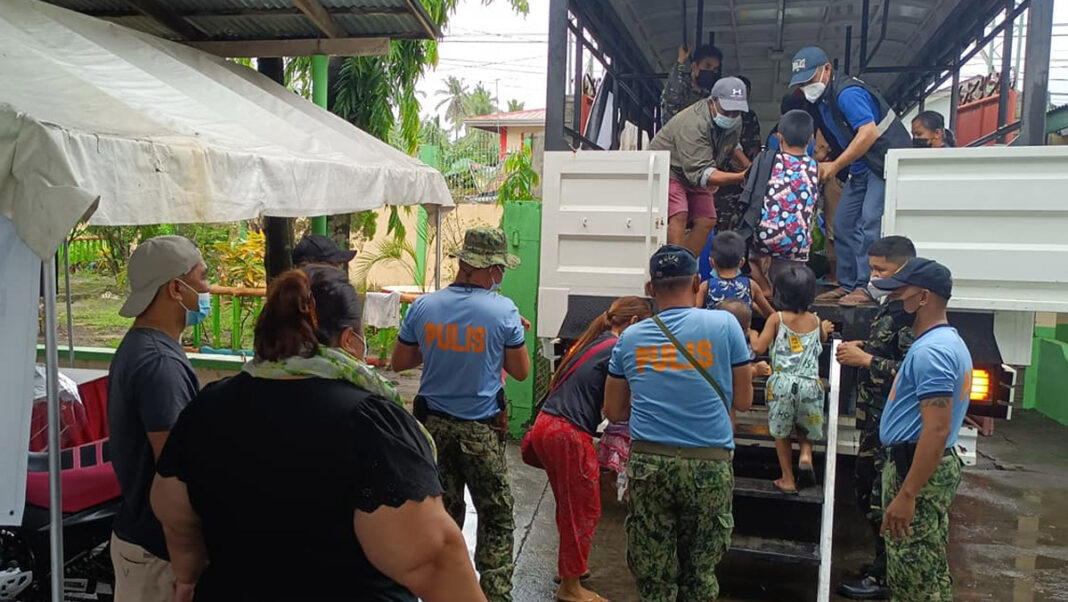 LAUREL, Batangas – Hundreds of evacuees who fled their homes due to the series of phreatomagmatic eruptions of Taal Volcano are thankful that they have been allowed to go back to their residences.

They were allowed to return to their homes as the Philippine Institute of Volcanology and Seismology (Phivolcs) has lowered the alert level of the volcano from Level 3 to Level 2 on July 22.

This was also made to avoid COVID-19 infections in evacuation centers.

But as some of them prepare to return to their residences, still many others remain in the evacuation centers due to flooding in their areas as typhoon “Fabian” and southwest monsoon or “habagat” brought heavy rains for several days.

As of July 24, 9 p.m., 2,369 families composed of 10,507 persons were affected by the recent volcano activities, flooding, and the 6.6-magnitude earthquake last Saturday.

Of these, 1,415 persons composed of 382 families are still taking refuge in 25 evacuation centers elsewhere in the province.

Three evacuees had earlier died of different causes but tested negative for COVID-19 in separate evacuation sites in this municipality.

One of them was an 85-year old evacuee with underlying Chronic Obstructive Pulmonary Condition who died of immediate organ failure at Niyugan evacuation center on July 8. The deceased was identified as Eriberto Cabillo of Barangay Gulod here. He had preexisting hypertensive cardiovascular disease and had been bedridden for quite some time before he died.

According to the local police, Cabillo was discovered unconscious before dawn.

Immediately, PNP personnel detailed in the evacuation center directly called Dr. Benbenato Garcia of Laurel Municipal Health Center for immediate medical attention to revive the victim but was declared dead at about 3 a.m.

The deceased was reportedly rushed by her family in the afternoon of July 17, 2021 to the St. Andrew Hospital, in Talisay, Batangas and was declared died by the attending physician Dr. Christian Vincent De Chavez at about 2:30 PM of same date.

Meanwhile, before dawn of the next day, Michael Lemus y Guinto, 45, also died of acute myocardial infarction secondary to cardio pulmonary arrest at Ticub Evacuation Center at 4:40 AM, July 18. The diseased has underlying Hypertension Stage II and liver problem.

Lemus was discovered unconscious that early morning and was rushed by his family to the Dr. Ernesto H. Malabanan Memorial Hospital, also in Laurel, Batangas but was declared died at about 2:30 PM by the attending physician Dr. Francisco Gayon.

All of the three diseased evacuees were tested negative to corona virus.

Municipal Social Welfare and Development officer Barbara Macaraig said that the Municipal Health Office is monitoring daily the health status of the evacuees with the help of the Barangay Nutrition Scholars (BNS).

However, with the recession of Taal Volcano activities and lowering its alert level and with typhoon Fabian leaving the Philippine area of responsibility (PAR), evacuees are looking forward that they could return back to their residences in the coming days, while the Provincial Social Welfare and Development Office (PSWDO) has assured that they are continuously processing the release of financial burial assistance to the families of the diseased evacuees.|-BNN