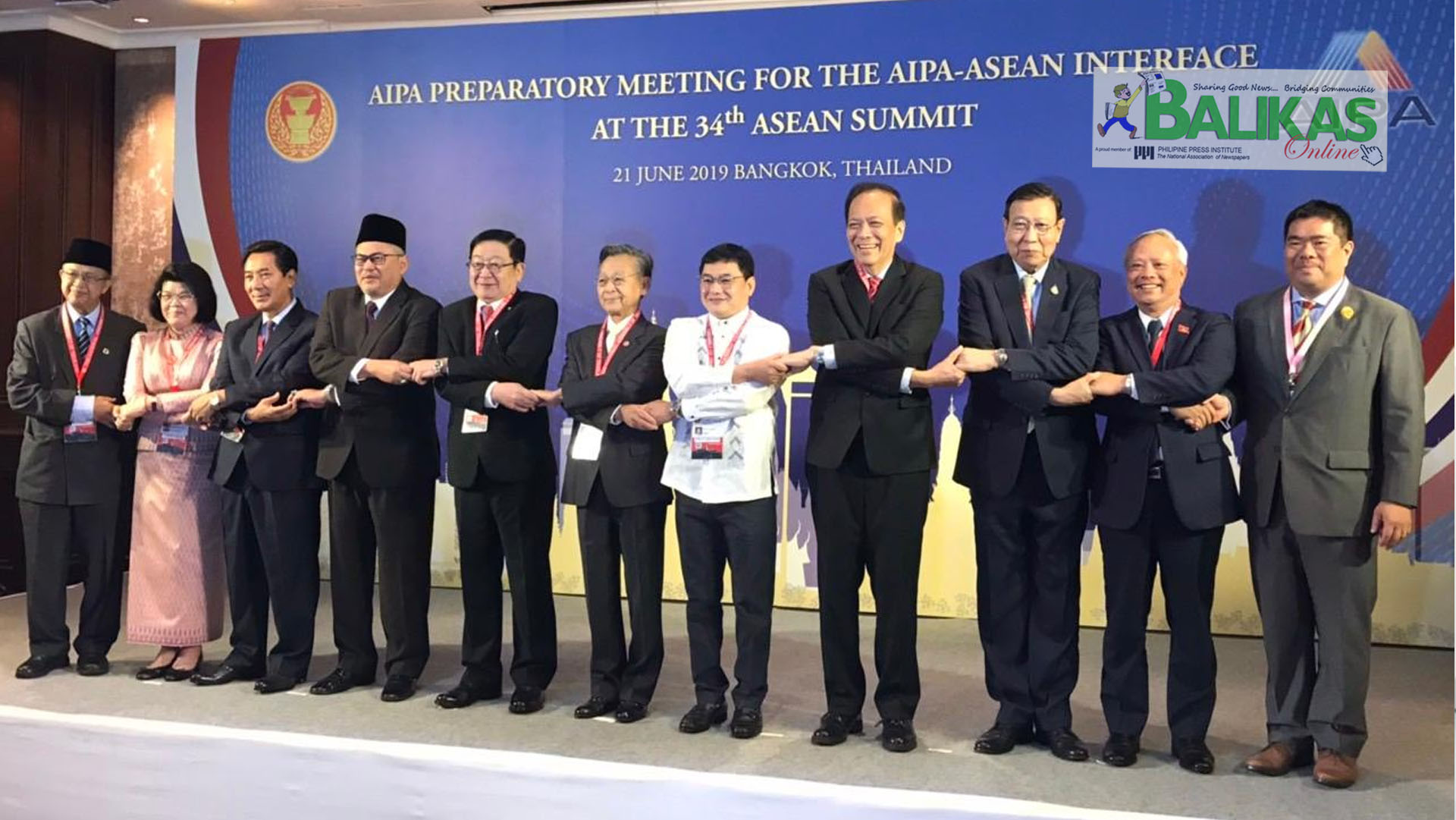 BANGKOK, Thailand – DEPUTY Speaker and Batangas’ Congressman Raneo E. Abu, together with Heads of Parliaments of the Asian Inter-Parliamentary Assembly (AIPA), are attending the AIPA Preparatory Meeting for the AIPA-Asean Interface at the 34th Asean Summit, being held from June 20 to 23, 2019 at Bangkok, Thailand.

Deputy Speaker Abu took part in the discussion with Heads of Delegations during the Preparatory Meetings for the AIPA-ASEAN Interface, held at the InterContinental Bangkok Hotel in Bangkok, Thailand. He also represented former President and now House Speaker Gloria Macapagal-Arroyo in the said AIPA event. Arroyo is about to end her three (3) terms as congresswoman of Pampanga.

Meanwhile, President Rodrigo Roa Duterte left for Bangkok on Friday, June 21  also to participate in the 34th Association of Southeast Asian Nations (ASEAN) summit hosted this year by Thailand. He and his delegation left from his home province Davao, Malacañang said.  He is expected to attend the ASEAN Leaders’ Interface with representatives of ASEAN Inter-parliamentary assembly (AIPA), which follows an earlier meeting with heads of Thailand’s top business groups.

DS Abu’s attendance and active representation of the country in the summit once more put into action one of his advocacy, Ang Batangas Una sa Diplomasya.|- Joenald Medina Rayos