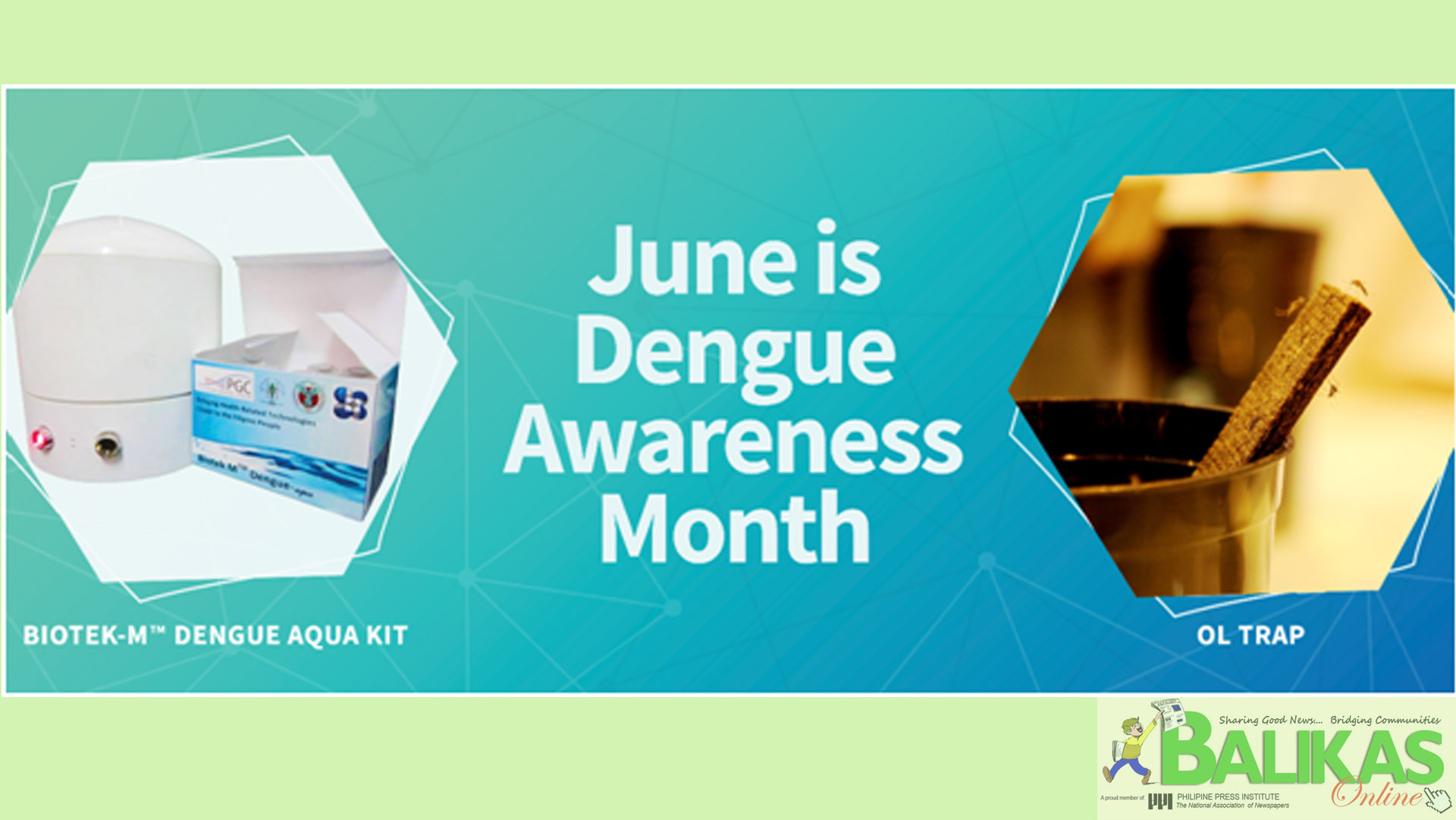 According to the Department of Health (DOH), a total of 131 827 dengue cases were reported in 2017 which was 36.9 percent lower than the cases recorded in 2016. Although this is a considerably lower amount, dengue remains as one of the most fatal epidemics in the country.

June was declared Dengue Awareness Month (Proclamation No. 1204) since 1998 to highlight how prevention and control of dengue would require collaborative efforts among national and local government agencies as well as private NGOs.

The Philippine Council for Health Research and Development supports studies aiming to improve the current situation of dengue. Some of the Council’s assisted projects have won and been recognized in various R&D invention contests and exhibits. One of them is the OL Trap technology featured at the R&D 100 magazine which chose to honor 100 technologies that are deemed to have great contributions to S&T development. More recently, BIOTEK-M Dengue Aqua Kit was one of the gold awardees during the 46th International Exhibition of Inventions in Geneva, Switzerland.

OL Trap technology makes use of simple and readily-available materials that attracts female AedesAegypti (dengue carrier) to lay eggs on a strip soaked with larvicide solution. The absorbed solution from the lawanit strip eventually kills the egg and larvae preventing the mosquito to reach maturity. OL Trap kits are commercially-available and may be purchased in selected markets nationwide.

BIOTEK-M Dengue Aqua Kit is a commercialized and locally-developed technology designed to accurately detect dengue. It uses isothermal PCR technology, in which the nucleic acid is extracted from the blood and added to a mixture. After an hour, the mixture will change color: green indicates a positive result, orange negative. The kit is very affordable which costs only a third of the usual dengue kit detection used in hospitals. BIOTEK-M is designed to accurately detect dengue.

In the spirit of awareness, the Council encourages everyone to follow simple but effective steps like removing or covering all possible areas with stagnant water, installing screens on window or opening of the house, investing in mosquito repellant, wearing long-sleeved shirts when outdoors, and getting a vaccination to avoid being infected with the disease.|#BALIKAS_News