KEPCO turns over financial assistance to its college scholars 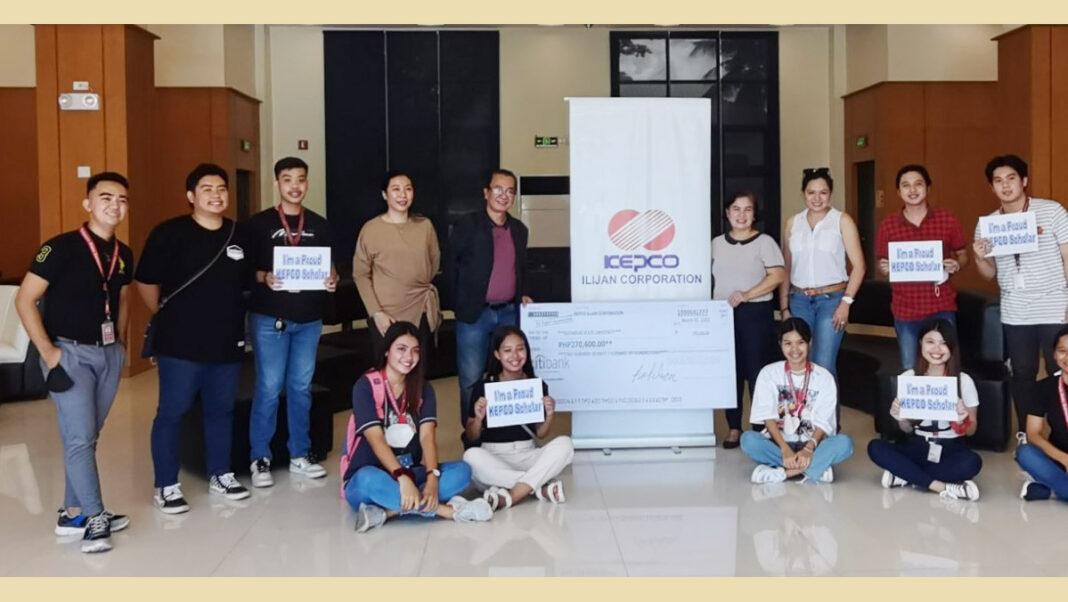 Batangas City — As KEPCO Ilijan Corporation (KEILCO) is nearing its end of cooperation with the Philippine government, the power plant turned over its last tranche of finan-cial assistance to its 41 scholars through its partner school – Batangas State University (BSU) last March 23, 2022.

Since the year 2002, KEILCO have been supporting deserving students in its host communities through scholarship, financial assistance, skills training and internship.
KEILCO, through its college education program, has since sent around 150 students to college through the full payment of their tuition fees and subsidizing of uniforms.

In 2018, when state universities such as BSU adopted the zero-tuition for all its students, KEILCO converted its scholarship budget into financial assistance for its scholars where student beneficiaries receive 6,600 pesos per semester.

Also in 2018, KEILCO started its Financial Incen-tives program to all the top five students for all grade levels of Pedro S. Tolentino Memorial Integrated School (PSTMIS)- the public high school based in Brgy. Ilijan. Since then, the power plant was able to disburse a total of 540,000 pesos to the honor students of PSTMIS.

KEILCO’s internship program which also started in the year 2002, was able to accommodate 400 intern students. Some of these interns have also become part of KEILCO’s working force. The power plant also accommodated several educational trips from engineering schools around the country. It hopefully, was able to inspire a number of engineers to work in the power industry.

KEILCO is a 1-200 MW combined cycle power plant located in Brgy. Ilijan in Batangas City. Harnessing the Malampaya natural gas, it supplies clean energy to 12% – 13% of Luzon’s power requirement. The power plant is under a Build-Operate-Transfer (BOT) contract with the government which started in the year 2000. Operating for 20 years now, KEILCO is bound to stop its operations by June and transfer the power plant’s ownership, operations and management to the new private entity endorsed by the government.