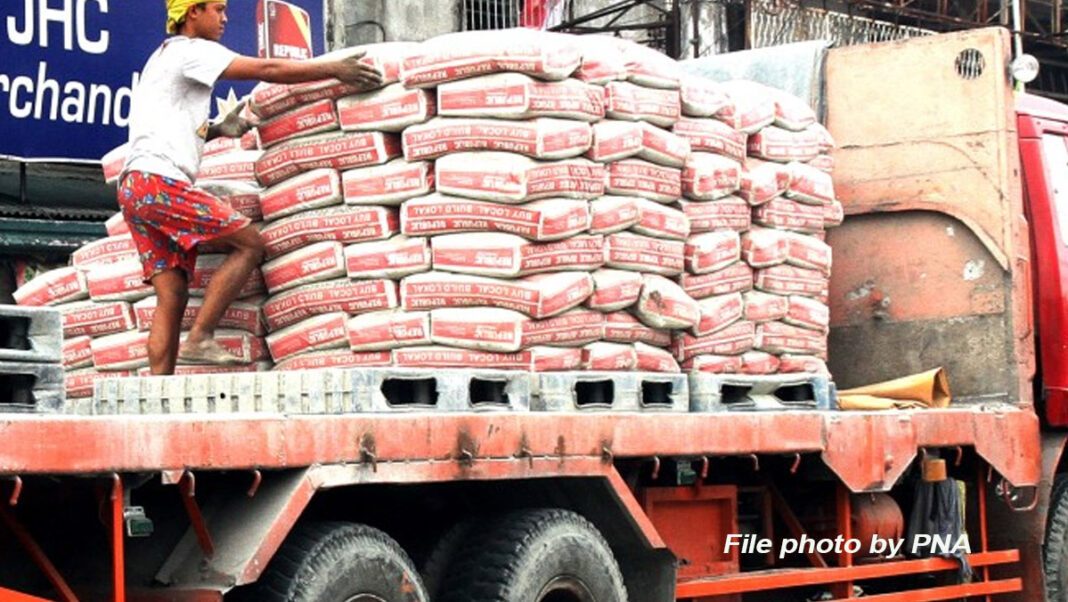 Republic Cement decried how continued dumping of cement imports from Vietnam has resulted in material injury to the domestic manufacturers.

In his testimony before the Tariff Commission on June 3, Reinier Dizon, vice president for Strategy & Business Development of Republic Cement said his company’s volume of sales as well as pricing have been severely affected by cement imports from Vietnam.

The commission is on its second day of public hearing on the plea of local cement manufacturers to impose definitive anti-dumping measures against Type 1 and Type 1P cement imported from Vietnam.

Dizon said the negative effect on Republic Cement of cement imports from Vietnam is supported by the confidential data on its sales volume submitted to the commission for its appreciation.

“Pricing is a function of demand and supply but our pricing has been affected by imports at dumped prices across the country,” Dizon added.

He said while the cost of energy mainly from coal and other fuels, which make up around 70 percent of Republic Cement’s production cost, is continuously rising, they cannot pass on the cost to the consumers because of the stiff challenge coming from dumped cement from Vietnam.

While he admitted that Republic Cement’s profit position slightly improved between 2017 to 2020, it was only because the company had invested about PHP10 billion for operational improvements.

“But our revenues were still suppressed because of imports at dumped prices,” Dizon said.

Dizon said the capacity utilization of Republic Cement’s plants has been affected by the dumping of cement from Vietnam, specifically 5 percent in 2019 and 19 percent in 2020.

Although the Covid-19 pandemic may have contributed slightly to such capacity reduction, Dizon said it was “mainly because of imports” from Vietnam.

He pointed out that the lockdown or Enhanced Community Quarantine measures by the government resulted in the shutdown of their four plants in Luzon, while other plants continued their operation.

“The plants in Cebu and Iligan, they were still allowed to continue to operate but those in Luzon we have to stand down. We still had ample inventory so when we were permitted to sell, we had enough inventory to sell during that period,” Dizon said.

What made matters worse, Dizon said, is that instead of selling more, Republic Cement found that the market remained “suppressed”.

“Imports are still coming to the country in Luzon despite the lockdown. They have some advantage because in Vietnam they did not have the same lockdown in their cement manufacturing as we did here. As a result, we suffered more as our hands were cuffed at least in Luzon for that period,” he said.

Based on his experience in the industry, Dizon said there is reasonable basis to conclude that other local cement manufacturers are similarly reeling from the impact of unabated cement imports from Vietnam.

“This is not unique to Republic Cement as we are operating in this country together with other players. It is, thus, logical to assume and conclude in that regard that the dumping of cement in the country is not felt alone by Republic Cement,” he said.

He added that it is not only member-companies of the Cement Manufacturer’s Association of the Philippines (CeMAP) but also non-members who are supporting the petition for the imposition of definitive anti-dumping duty against cement imports from Vietnam.

Earlier, in the continuation of the testimony of CeMAP Executive Director Cirilo Pestano said Eagle Cement Corporation and Northern Cement Corporation, which are not members of the organization, support the anti-dumping case.

In the first hearing before the commission, Pestano testified that as of 2021, Vietnam accounts for 91 percent of cement imports to the country in terms of volume and value, growing to about 61 percent in 2017 from almost nil in 2013.

He added that the increase in cement imports from Vietnam grew faster than the Year-on-Year (YOY) growth of the Philippine market. The chart presented by CEMAP showed cement imports grew from 2.486 million metric tons (MMT) in 2017 to 5.396 MMT in 2020 and 6.466 MMT in 2021.

The public hearing will continue in the coming days and next to present are the opposition witnesses including importers and Vietnam exporters. (PR)