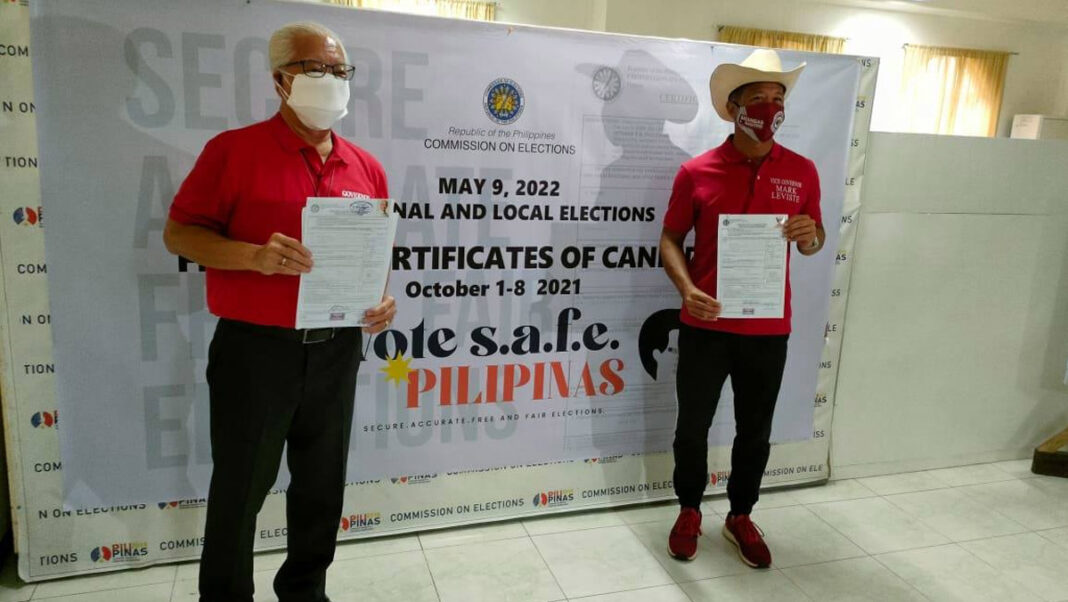 The duo are running under Partido Demokratiko Pilipino – Laban (PDP-Laban) Cusi wing, the party under which they also run in 2016 National and Local Elections.

Mandanas is running for his third and final term as governor. He also served as governor of Batangas for three (3) consecutive terms from 1999 to 2007; after which, he served as Congressman of Batangas’ 2nd District from 2008 to 2016.

Meanwhile, Leviste is running for a 2nd term now, also as runningmate of Mandanas. He has also served as vice governor of Batangas for three (3) consecutive terms from 2008 to 2016. Leviste also lost to Mandanas and three (3) others in a 4-cornered guvernatorial race in 2016 elections.| – BNN