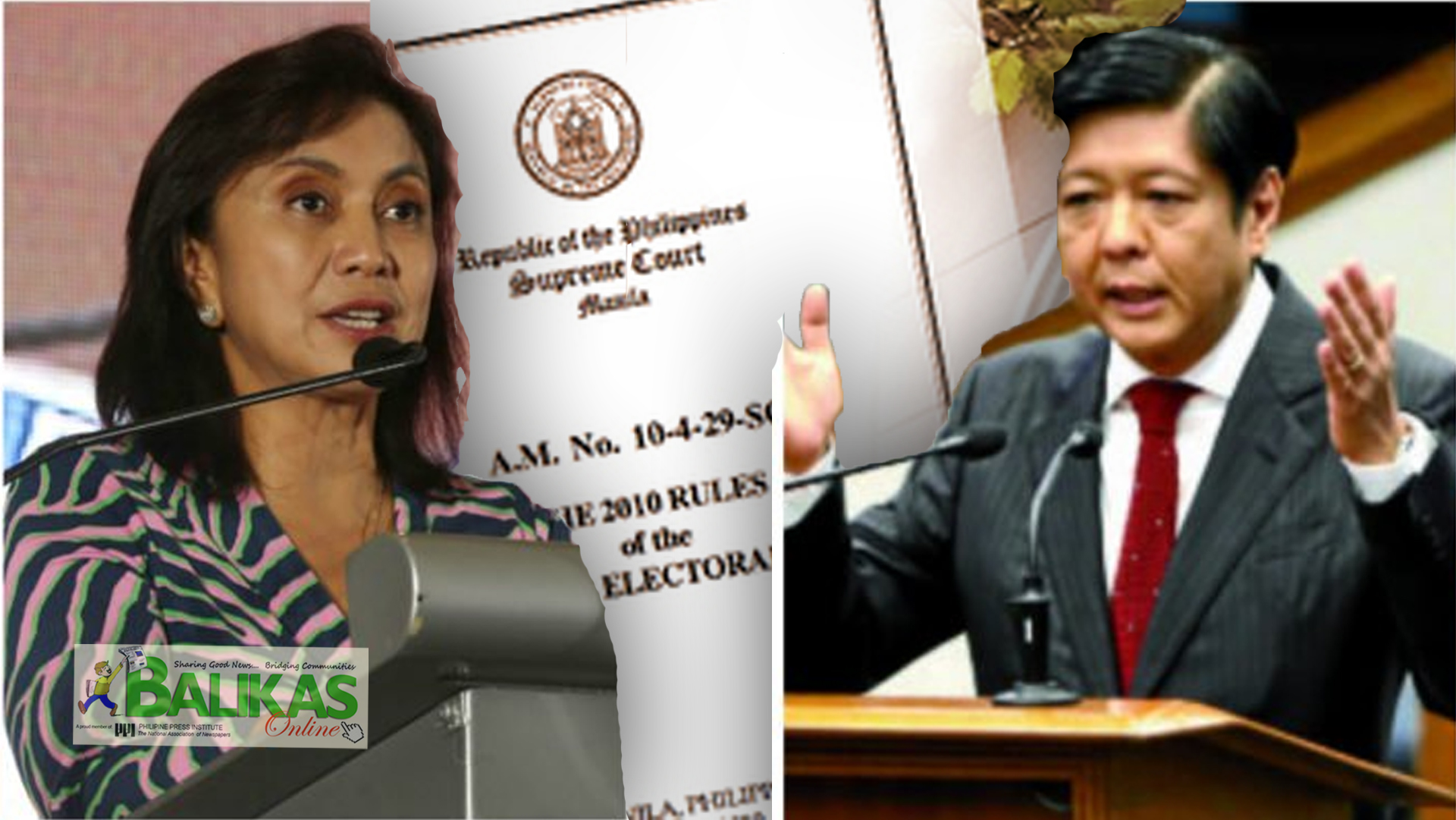 IN the light of the heated argument relative to the continuance of the electoral protest proceedings in the Presidential Electoral Tribunal (PET), Lawyer Vic Rodriguez, spokesperson of former Senator Ferdinand “Bongbong” Marcos, Jr. said the remarkable premature celebration of the camp of Vice President Leni Robredo came from highly placed sources.

In a statement released Saturday morning, Rodriguez said “The figures cited by Justices (Alfredo) Caguioa and (Antonio) Carpio in their dissenting opinions came from the revision report penned by Justice Caguioa.”

“That is precisely why the majority of the Tribunal by a very decisive 11-2 vote emphatically junked that Caguioa minority opinion favoring Mrs. Leni Robredo finding the figures presented before them to be outrageous and ordered the election protest to proceed with the parties to file their Comment and Memoranda,” he continued.

But Rodriguez said of the SC decision, “It only confirmed our suspicion that Mrs. Robredo’s premature celebration and claim of another fake victory in the Tribunal was a product of advance information she’s been receiving all along through a highly placed deep throat.”|-BALIKAS News Network