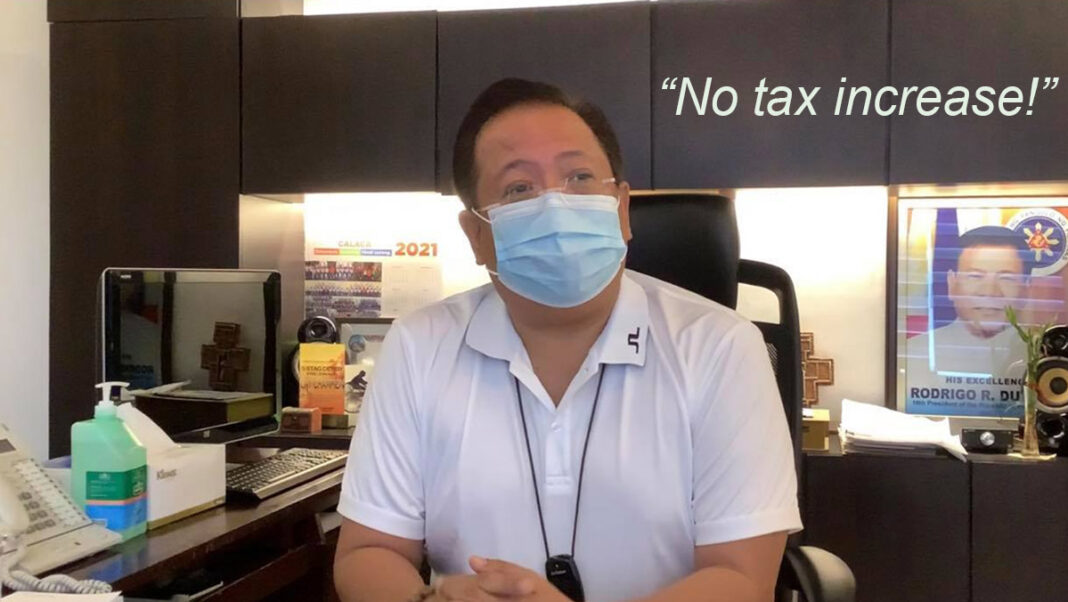 CALACA, Batangas – “There will be no revision of taxes in the coming years as there are no compelling reason to do so, even as we ratified the charter of the cityhood of Calaca as the new component city of the Province of Batangas.”

“Once we got the ratification through the plebiscite, our local taxes will surely increase; the internal revenue allotment (IRA) for cities are relatively higher than the IRA earmarked to the municipalities.

Moreso, the real property taxes we collected will be solely for the soon to be city of Calaca and we don’t have to remit the same to the provincial government as we do in the past,” he emphasized.

Talks of increasing taxes among residents and business locators loom after President Rodrigo Roa Duterte signed on March 26, 2021 the Republic Act No. 11544 converting the Municipality of Calaca into a component city of the Province of Batangas to be known as the City of Calaca.

Section 58 of the charter provides that no increase in the rates of the local taxes shall be imposed by the City within the next five (5) years following the acquisition of its corporate existence which will happen upon the ratification of the said act by the majority of the qualified voters.

The Official Gazette published the law on May 27, 2021. Calaca would be the second town of Batangas to be converted into a component city of the province during the Duterte administration, after the president signed into law in the year 2019 the RA 11086 converting the municipality of Sto. Tomas into a component city to be known as City of Sto. Tomas, also the first city created in the country under the present administration.| – BNN