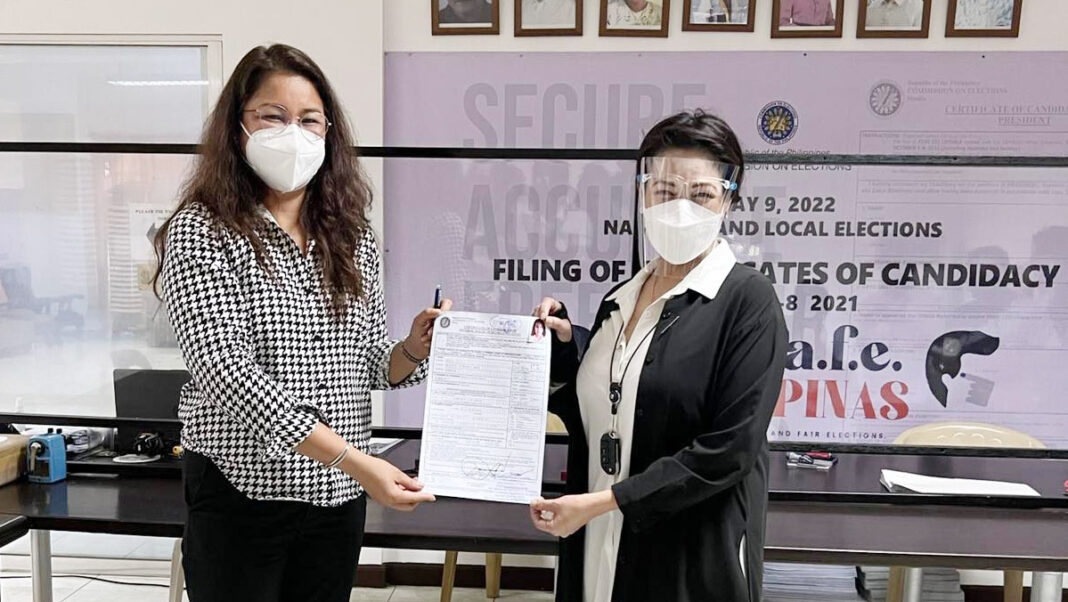 TANAUAN City – IT”S CONFIMED. It will be a tug-of-war between the Collantes and Halili clan in the third district of Batangas that cover the cities of Tanauan and Sto. Tomas and the towns of Agoncillo, Alitagtag, Balete, Cuenca, Laurel, Malvar, Mataasnakahoy and Talisay, come May 9, 2022 National and Local Elections.

Incumbent Tanauan City mayor Mary Angeline Y. Halili filed her Certificate of Candidacy (COC) for Congresswoman of the Third District of Batangas and will have a face-off with incumbent Congresswoman Ma. Teresa Collantes.

The lady mayor beats the deadline for the filing of substitution after her cousin Irich John Y. Bolinas who earlier filed his COC for Congressman under the Pederalismo ng Dugong Dakilang Samahan (PDDS) party has withdrawn his candidacy few weeks back.

Mayor Halili said she was saddened by the turn of events in the district wherein the projects of Collantes for the whole district are now being concentrated only to the City of Tanauan where the lady solon’s husband, former Rep. Sonny, is running for the mayoralty against Mark Halili, eldest brother of the lady mayor.