Mining the Real Gold in Lobo 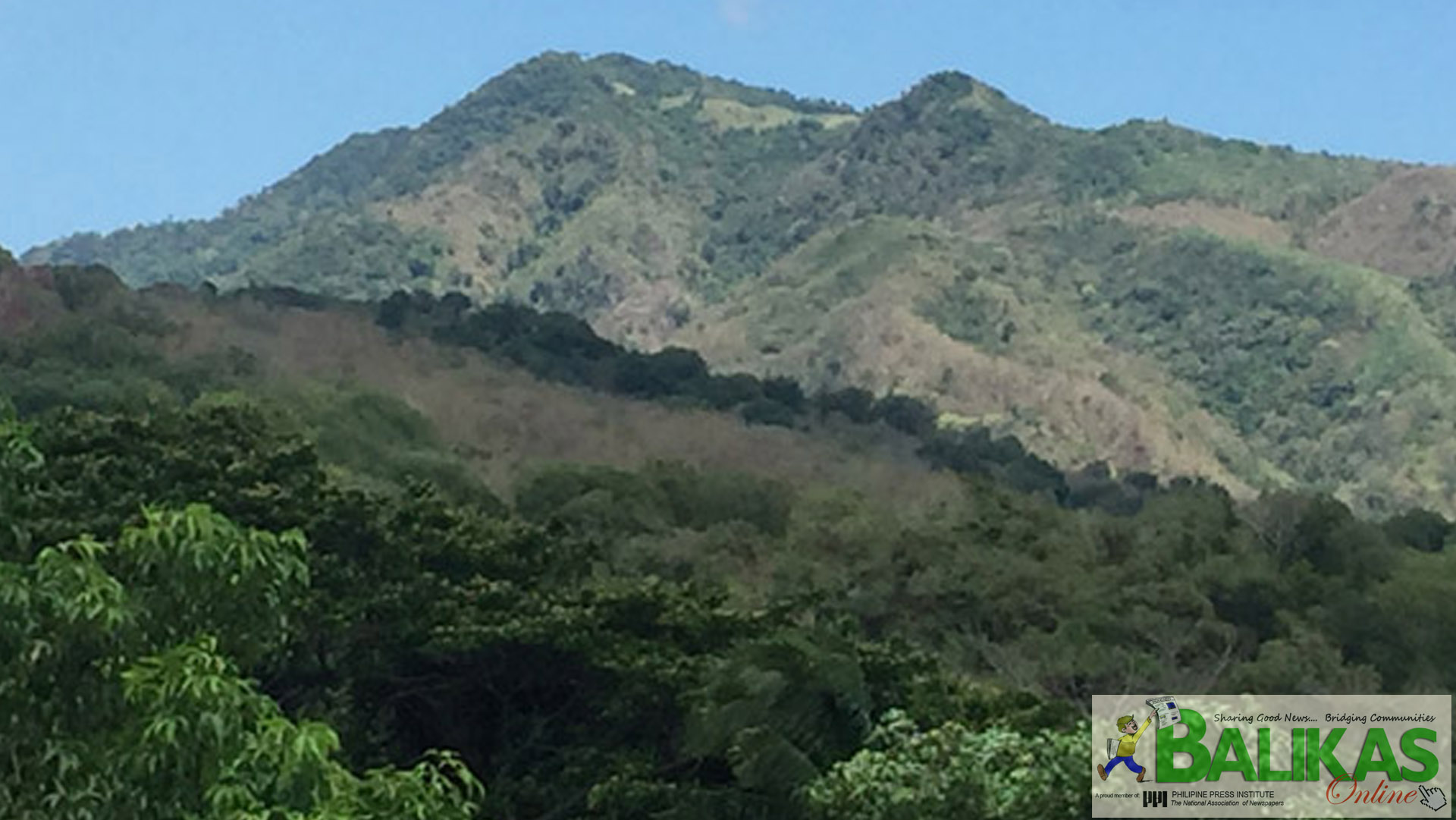 [THE following article is the First Part of the 3-Part Series. The series is the product of a 2-month research and study conducted under the Philippine Press Institute – Philippine-Extractive Industry Transparency Initiative (PPI-Ph-EITI) Media Fellowship on Digging Stories that Matter.]

Catholic  priest Dakila “Father Dakz” Ramos strongly believed that the sudden turn of events in Lobo, Batangas was due to aggressive participation of people on protests and prayer rallies they had organized to oppose and stop the proposed gold mining project in town.

When Father Dakz who himself hailed from Lobo learned about the proposed mining project in 2014, his group, the Archdiocesan Ministry on the Environment (AMEN) reached out to communities and talked to barangay residents, mostly farmers and fishermen.

They were trying these people to be informed about the terrible effects of mining in mountains and sea waters not only in Lobo but the whole province of Batangas.

AMEN was founded by Father Dakz in 2013 with the blessing of the then Lipa Archbishop Ramon Arguelles and supported by the clergy and laity of the archdiocese.

Lobo is one of the coastal towns situated in the southeastern part of Batangas province. Its boundaries are Batangas City on the West, towns of Taysan and Rosario on the North, San Juan on the East and the Verde Island Passage (VIP) on the South.

The proposed mining in Lobo had created alarms and fears for environmental advocates because of the possible destruction of the VIP which is claimed has the highest concentration of marine life in the world and declared by marine scientists as center of the center of marine biodiversity in the world.

In 2006, President Gloria Macapagal-Arroyo issued the Executive Order 578 establishing the national policy on biological diversity prescribing its implementation through out the country including the VIP for its protection, conservation and sustainable use.

Kalikasan PNE International networks coordinator, Clemente Bautista Jr. is concerned about the massive pollution and irreparable damage on the ecosystem of Lobo and the VIP because the project sits in critical and high biodiversity area.

Lobo is one of the coastal towns straddling and a gateway to VIP.

According to Conservation International, VIP is one of the most productive ecosystems in the world and provides food, livelihood and other benefits to over 2 million people.

Lobo town is home to some 41,504 people (based on 2015 census) with a total land area of 19,268 hectares and 14,933 hectares are agricultural areas with major products of rice, corn, coconut, vegetables, fruits, fish and rootcrops.

Topographically, Lobo is bounded by hills and mountains on both North and West. It has a distance of approximately 148 kilometers from Manila and 36 kilometers from Batangas City, the provincial capital.

Father Dakz and his group are worried that Marcopper mining disaster in Marinduque in 1996 could also be happened in Lobo. In the Marcopper case, fracture in the drainage tunnel of a large pit containing leftover mine tailings led to a discharge of toxic mine waste into the Makulapnit-Boac river system and caused flash floods in areas along the river.

It caused water contamination, killing fish and freshwater shrimp, animals were overcome and killed; one village was buried in six feet of muddy floodwater, causing the displacement of 400 families; the flooding caused the destruction of farmlands and the Boac River was declared unusable.

Meanwhile, Batangas Provincial Government – Environment and Natural Resources Office (PG-ENRO) head, Luis Awitan said that based on their assessment, mining waste in Lobo project has no receiving end other than Batangas Bay and Lobo rivers.

He said if the processing of gold in the area will pursue, the use of chemicals like cyanide,  is too dangerous to marine lives and more risky to human health through bio-accumulation.

Cyanide and cyanide compounds are highly toxic to humans and aquatic life even at low concentrations , thus the use of these chemicals in mining is being regulated and restricted by the Department of Environment and Natural Resources (DENR).

Under DENR Administrative Order No.39 seriesof 1997,  the cyanide compound is included in the Priority Chemical List (PCL)which the agency monitors its  importation, handling, use, distribution and disposal.

PCL is a list of existing and new chemicals that DENR-Environment Mine Bureau (EMB) has determined to a potentially pose unreasonable risk to public health, workplace and the environment.

Barangay Captain Mafriel Dimaano of Barangay Lagadlarin has fears that the mine tailings might be carried by rivers down to their barangay where the Mangrove Conservation Park is located. He is also afraid of the occurrence of flashfloods and landslides during heavy rains.

In October 2012, Lobo was placed under the state of calamity after rains brought by tropical storm ‘Ofel’ triggered massive floods.

Dimaano said Barangay Lagadlarin was one of the barangays that submerged in floods prompting the residents to flee their homes and their animals were washed away when the Lobo river overflowed.

He claimed that cutting of trees during mining explorations had contributed on the severe flooding.

Days prior the storm, a flashflood also occurred in Lobo River with three fatalities, two missing and one survived who were all teachers.

The on-going dredging and dike construction at the Lobo River is being done by the local government to prevent water overflows.

The Batangas Project of these mining companies comprise of Lobo Property which covers a total of 1,164 hectares covered by Mineral Production Sharing Agreement (MPSA-176-2002-IV) held by Egerton in 2002 located in the villages of Mabilog Na Bundok, Nagtalontong,Nagtoctoc and Sawang.

Mabilog Na Bundok has an approximate distance of 3.5 Km from the town proper adjacent to Sawang, Nagtaluntong and Nagtoctoc which is 9 kms away from Poblacion.

MPSA under the Philippine Mining Act of 1995 is a mineral agreement where the government grants the contractor the exclusive right to conduct mining operations within a contract area and shares in the gross output with 25 years term.

The Archangel Property with 1,011 hectares in Barangay Balibago is covered by MPSA 177-2002-IV held by Egerton also in 2002 with 18 mineral claims filed by four individuals in 1987. The claims were assigned to Manuel Arteficio by way of two separate General Powers of Attorney notarized on November 4, 1987. He filed an MPSA application, registered with the MGB-IV and designated as AMA-IVA-150.

On May 4, 2000, Arteficio executed and registered with MGB IV-A a Deed of Assignment in favor of Egerton which was approved by MGB on October 4 the same year. MRL acquired to earn 75% when it signed an option agreement with Egerton on October 23, 2003.

Barangay Balibago is approximately 20 kms and almost an hour travel from the town proper.  From Barangay MabilognaBundok, it can be reached via the Lobo-San Juan coastal road where the first 8kms is paved all the way to Barangay Malabrigo. Another 7 kms of rough road leads to Balibago. The project site can be reached only by foot from the coastal road.

There is no indigenous people living within the MPSA application area which is populated mostly by Tagalog Christians.

On March 6, 2003, Egerton filed an application for exploration permit with MGB-IV dominated as EPA-IVA-084 situated in the municipalities of Lobo and San Juan, Batangas.

Kumakata Mining Company Inc., a wholly owned subsidiary of Phelps Dodge Exploration Corporation filed an application for exploration permit with the MGB-IV on February 26, 2003 and designated as EPA-IVA-081. On May 7, 2003, the same EPA was assigned by way of Deed of Assignment to Egerton.  The mineral tenements are located northwest of the Lobo Property including Mt. Calo, Taywanak Creek Prospect and Paggalang Prospects. By agreement with Egerton, MRL can earn a 75% interest in the land acquisition.

On February 28, 2003, Lambunao Mining Company, Inc., a wholly-owned subsidiary of Phelps Dodge Exploration Corporation filed for an application permit with MGB IV and designated as EPA-IVA-083. On May 7, 2003. It was assigned by way of Deed of Assignment to Egerton Gold. The mineral tenements are located between the Lobo and Archangel Properties.

Under Mining Act of 1995, an  exploration permit grants the right to conduct exploration for all minerals in specified areas for the period of 2 years subject to annual review and relinquishment or renewal upon  the recommendation of the MGB Director. – To be continued –