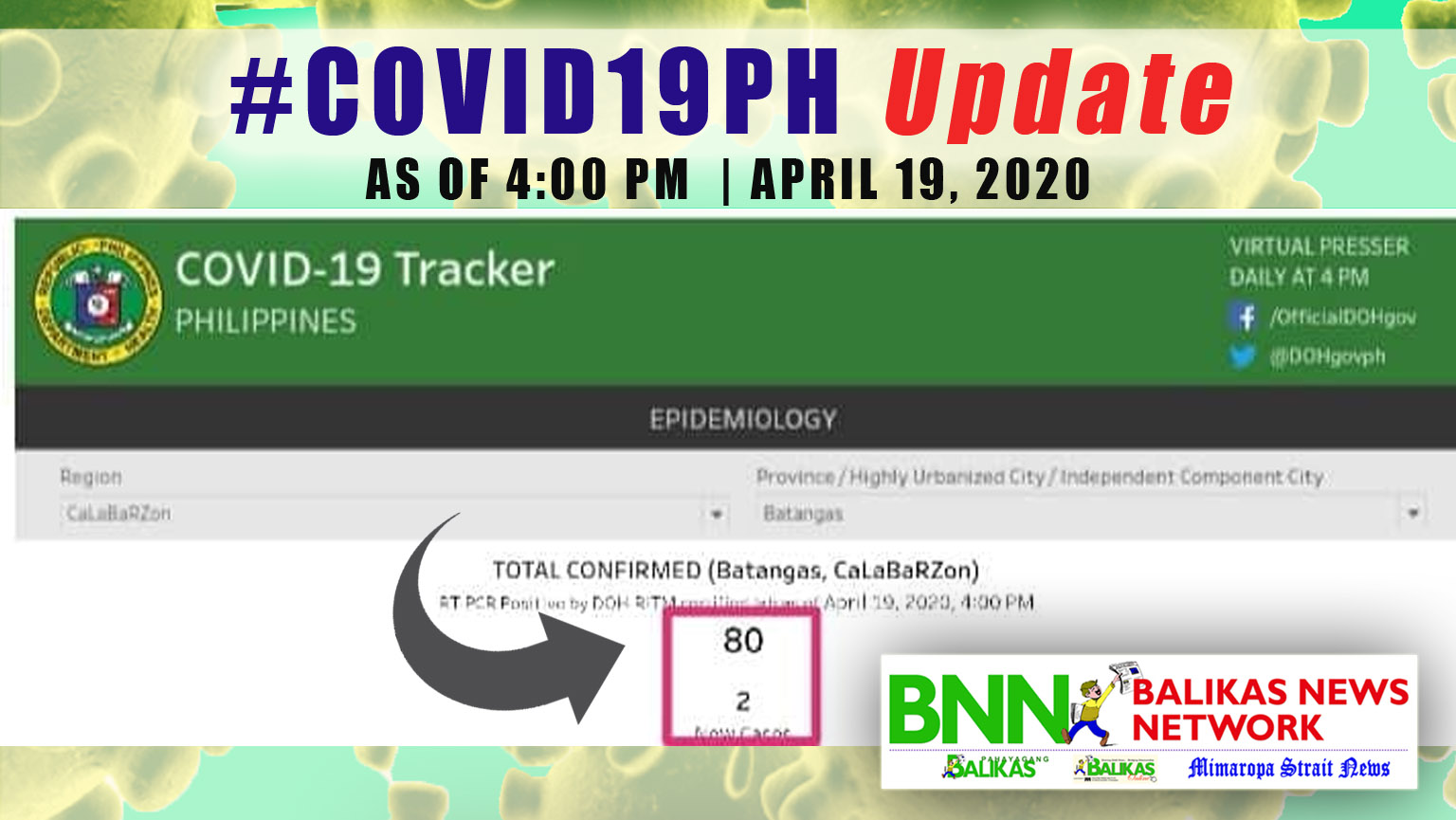 AS the Enhanced Community Quarantine (ECQ) enters the last week of implementation all over Luzon before its supposed end on April 30, 2020, more cases are being confirmed in the provinces of Calabarzon, with Batangas hitting 80 confirmed cases, as reported by the Department of Health (DOH) corona virus 2019 (CoVid-19) tracker, Sunday afternoon.

The DOH COVID-19 Case Tracker reported 943 cases in the CALABARZON Region with 17 new cases on Sunday, 504 of which are still admitted in different facilities, while there are 65 fatalities and 62 recoveries.

Meanwhile, the report of Center for Health Development-Calabarzon – Batangas Province as of Sunday afternoon is still shy of five (5) cases) as only 75 confirmed positive cases are being reported. Of this number, still, Lipa City is on the top list with 20 confirmed cases followed by Batangas City with 16, Nasugbu with 9 and Tanauan with 8.