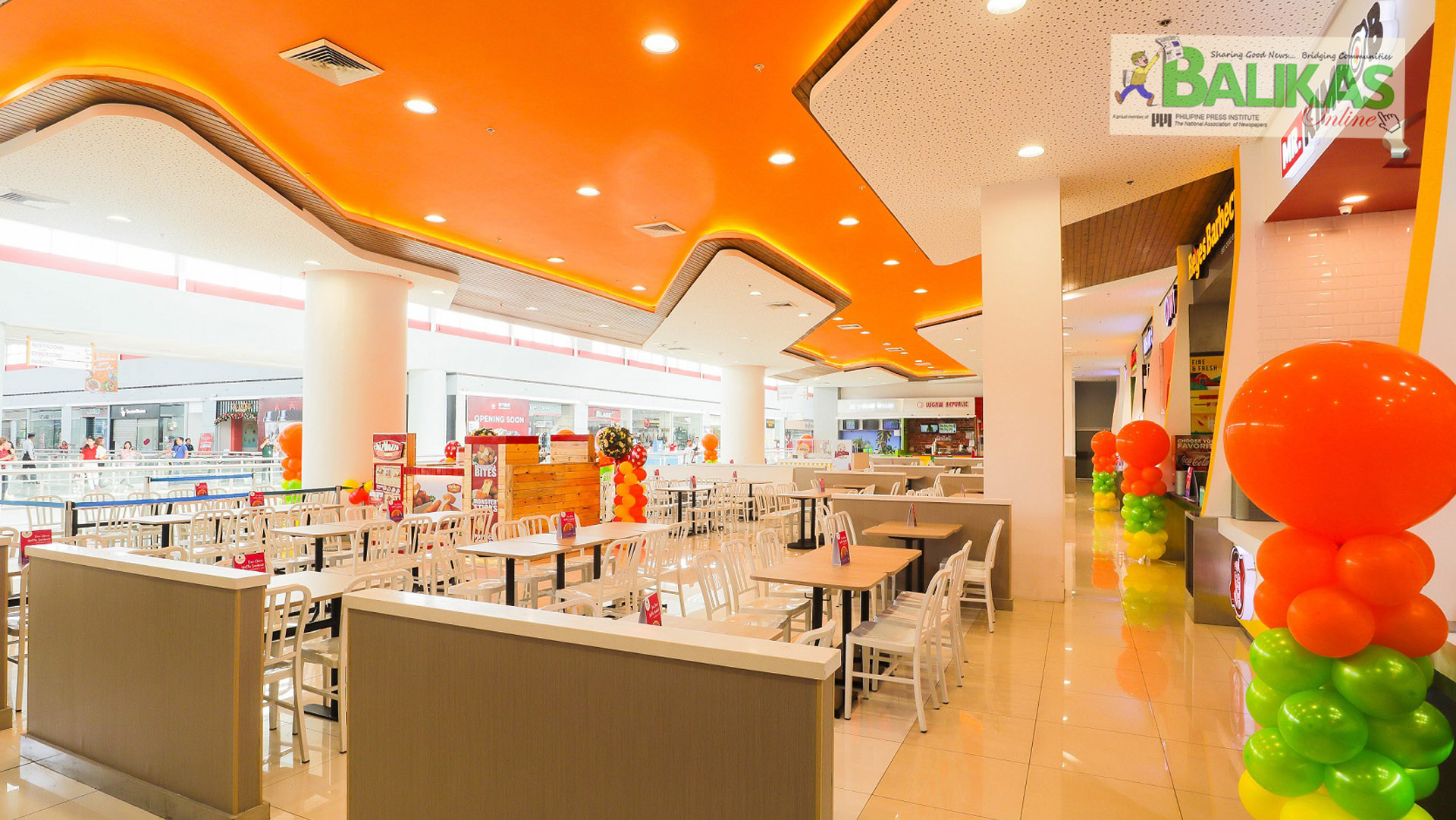 LIPA City – ALMOST 13 years after it opened to the public on December of 2006, the Foodcourt of SM City Lipa went a major facelift and was re-launched to the public last Friday November 8.

The regularity of the general space is given contrast with the marriage of accenting materials and contrasting shapes.  The ceiling was re-designed to have cove shapes while uniform angles terminate these curvilinear forms. The element of wood is also added to the ceiling design exuding a sense of warmth while the central accents colors of yellow and orange introduces vibrance.  The floors were transformed to white glossy granite giving the Foodcourt a brighter look while chairs and tables were changed to neutral colors of white and gray.

The Foodcourt’s food stalls on the other hand, also made their own store redesigning including their menu offerings. Inihaw Express for instance is now re-branded as INIHAW X, and has added Lechon Bagnet as one of their specialty dishes along with its classic “inihaws” and other well-loved Filipino dishes.

Formerly known as Kusina ni Gracia, this Foodcourt stall is now Gracia’s Lechon Belly atbp.  And while lechon is a staple in any Filipino celebration particularly in fiestas, the store including its kitchen utensils were given brighter colors reminding its customers of fiesta celebrations in the country.

With the elements of blue stripes and wood, Seafood Grill Station now has a more nautical yet modern look.  Mr. Kimbob on the other hand added more colors to its space and more Korean food options on its menu.  Known for its brick walls, Reyes Barbecue retained the yellow and black color scheme of its stall but added more modern elements like LED screens and a see-through kitchen.

Formerly known as Handaan, this Foodcourt stall is now rebranded as Chins, offering a variety of Filipino and other Asian dishes such as fried noodles, shabu shabu and even Lomi. Snacks on the go food stall Kerrimo was given a wider and brighter space while the stall Turks was given a warmer design with the help of wood and black granite counter tops.