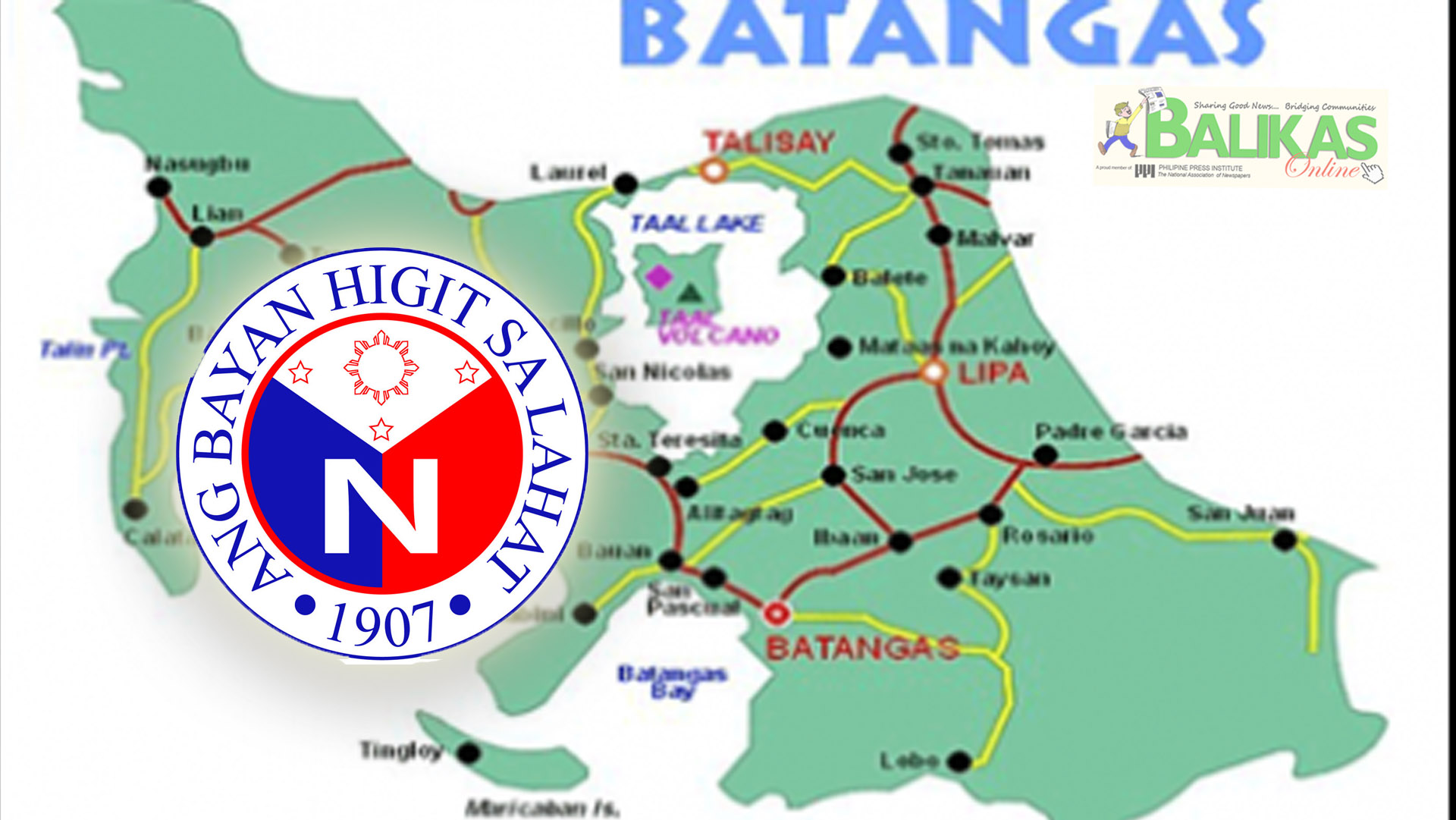 Batangas is a Nacionalista country again. If political observers will keep an eye on the party affiliations of newly elected local leaders, it would be interesting to note that Nacionalista Party has easily reclaims Batangas province – a good sign or factor that political managers and strategists may consider in preparation for the 2022 Presidential Elections.

In the just concluded May 13 Synchronized Mid-Term National and Local Elections, the Nacionalista Party ably won at least 20 mayoralty seats and 18 vice mayoralty seats in the province’s 31 towns and three (3) cities. Basically, the NP holds the 58.82% of the mayors and 52.94% of the vice mayors – a good number that could deliver considerable number of votes, assuming they will at least remain in the party and support the party presidential candidate in the year 2022.

The Nacionalista Party is the oldest political party in the Philippines and in Southeast Asia. Since its founding in 1907, the party has produced five (5) presidents – Manuel L. Quezon, Sergio Osmeña, Ramon Magsaysay, Carlos P. Garcia and Ferdinand E. Marcos – and has led the country throughout the majority of the 20th century.

In 2003, former Vice President Salvador Laurel entrusted the party leadership to then Senate President Manuel Villar and has lead the party since then up to present. The party has last tried to get country’s leadership when Manny Villar run for president in 2010 but he landed third in the 5-cornered fight.

But the political environment now is very much different from 2011. Senator Cynthia has just been reelected and was proclaimed as the No. 1 Senator of the 18th Congress having garnered 25,273,727 votes in the recent election. Surprisingly, her runner-up, Senator Grace Poe who has topped the 2013 senatorial elections is way behind now by 3,243,939 votes. The question is, will she be running again for presidency in 2022 after she have lost in 2016 and with this declining popularity?

Two other Nacionalistas have two more new senators – Senators-elect Pia Cayetano and Imee Marcos. It also has 37 current seats in the lower house.

Also in this year’s election, Senator Cynthia Villar has topped in 16 towns of Batangas where those who proudly campaigned as bright Batangueño lawyers Chel Diokno and Romulo Macalintal never made it in the province’s Top 12. Of the 6 congressional representatives of the province, only one is not a partymate.

Other observers question the propriety of endorsing candidates from opposing parties like the LP after jumping boat to NP. Nevertheless, the One Batangas endorsement may not have delivered well in this election. It also recorded a considerable nine (9) losses in the mayoralty race.

The year 2022 is not too far. These developments are facts and numbers to be considered.|

CoVid-19 outbreak and ECQ remind us that we are privileged

Resilience at its best