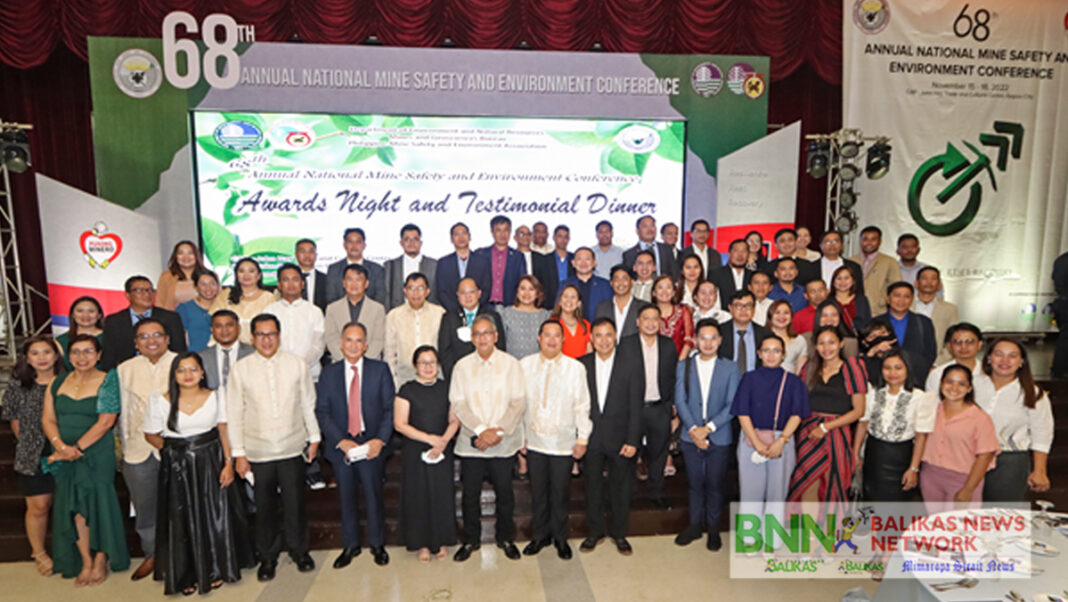 “At NAC, we align profit with purpose amidst the challenges of climate change and these honors only demonstrate that caring for the environment goes hand in hand with good business performance,” says JB Baylon, Chief Sustainability Officer and SVP for Public Affairs and Communications.

In addition, the Best Mining Forest Award and the Most Improved Safety Performance under the Safest Mines Award were accorded also to TMC, with operations based in Claver, Surigao del Norte.

“We persevered and worked hard to clinch these most coveted awards this year and being acknowledged for our commitment to responsible mining is an honor and an exhilarating feeling for all our employees,” says Engr. Artemio Valeroso, Resident Mine Manager for TMC.

It is also a back-to-back win for HMC this year.   HMC, with operations based in Tagana-an, also in Surigao del Norte, was the grand slam winner during the 67th ANMSEC last year, sweeping all major honors from the country’s most prestigious award-giving body in the mining industry.

“Last year was our first and a grand slam!  This year, taking home the Presidential award and the third runner-up honor for Best Mining Forest, remind us to remain steadfast, focusing on our goals and to keep working hard to sustain the good business of NAC in the industry of responsible mining”, says Engr. Francis Arañes, HMC’s Resident Mine Manager.

RTN was also declared the grand slam champion in the safety competition during the ‘Mine Safety Field Demonstration and Field Competition’ held on the fourth day of the conference.

The PMIEA, meanwhile, is pursuant to Executive Order No. 399, series of 1997, which recognizes outstanding display of dedication, initiative and innovation in various aspects of operations in the country’s minerals sector.|-BNN