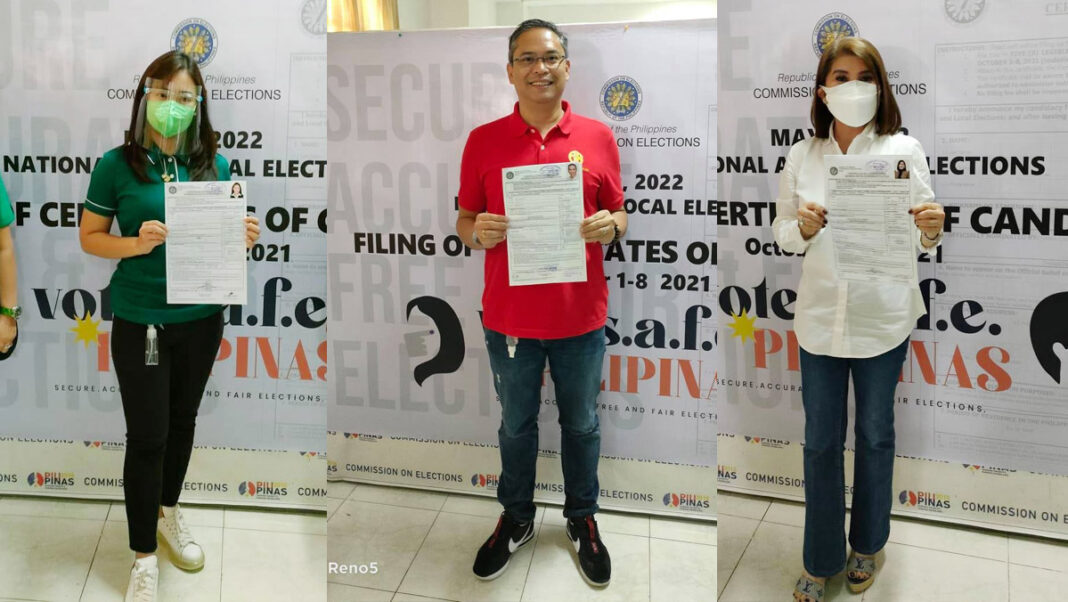 BATANGAS City – THE number game among political parties in the House of the Representatives always start with choosing the best bet for the next elections as number matters in pushing the legislative agenda of both the administration and the opposition.

In Batangas, at least three (3) congressional bets of the Nacionalista Party (NP) are the first to file their respective Certificate of Candidacies (COCs) on the first day of the filing of COCs on Friday, October 1.

Ma. Reina Abu, a physician by profession, files her COC for representative of the Second District to replace his father, former Deputy Speaker Raneo Abu, whose 3-term limit ends next year. She is also accompanied by her mother Ma. Paz.

Having been exposed to public service since her youth with his father serving as councilor of Bauan, the provincial capitol, the Senate and the House of the Representatives, Reina said she is more than prepared to serve as representative of the second district as congresswoman.

Completing the trio is incumbent 4th District Congresswoman Lianda B. Bolilia of Padre Garcia town and was joined by her husband, former Board Member Carlos Bolilia. In her first two terms, the lady legislator introduced more livelihood programs and infrastructure projects in the towns of Ibaan, Rosario, Padre Garcia, Taysan and San Juan.

A 3-termer board member prior to her assumption to the House of Representatives, Bolilia is known for her staunch stand on issues on governance, agriculture, health and women.