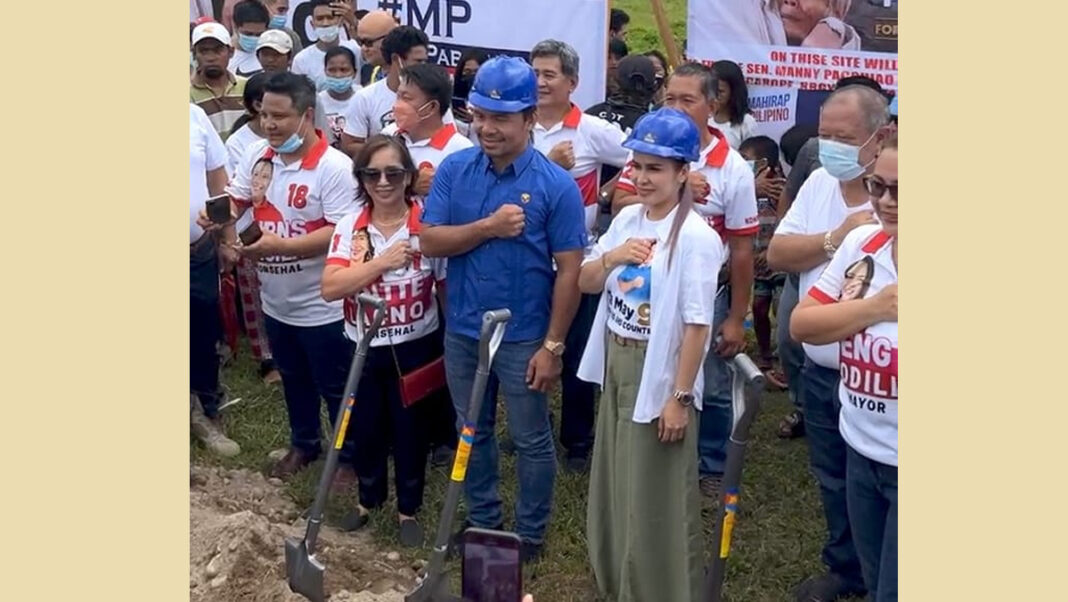 According to Pacquiao, President Duterte was a poor third-placer during surveys but still pulled a surprise landslide win in the 2016 presidential elections.

Pacquiao made this statement after the latest Pulse Asia survey showed that he had overtaken Manila Mayor Isko Domagoso but was still behind Vice-President Leni Robredo and former Senator Ferdinand Marcos Jr.

According to Pacquiao, he is confident that he will get at least 20 Million votes to make a historic victory as the first Filipino president who has come from the masses.

Pacquiao was in his birthplace in the town of Kibawe, Bukidnon for a two-day campaign sortie in Central Mindanao. After a motorcade and a mammoth rally in Kibawe, Pacquiao also went around the town of Maramag before another huge rally in Valencia City.

Pacquiao said that the “silent majority” which represents 48% of the country’s electorate will play a pivotal role i. determining the results of the upcoming polls.

Pacquiao expressed confidence that through his Pabahay Plus forms, people would support him in his quest for the presidency as he noted that, unlike other candidates, he already has something to show for his promise to provide free houses to homeless Filipinos and provide employment and livelihood to the poor.

Even before joining politics, Pacquiao has given away thousands of free houses through his five“Pacman Village” projects in General Santos City and Saranggani province.

“ Naniniwala ako na ang suporta nila nakay Manny Pacquiao dahil si Manny Pacquiao ang representante ng mahihirap kasi dyan ako nanggaling,” Pacquiao said. He said that the majority of Filipinos will make him win despite surveys showing Marcos as a frontrunner because they know that he is the only candidate who has a genuine love for the country and the people, especially the poor.