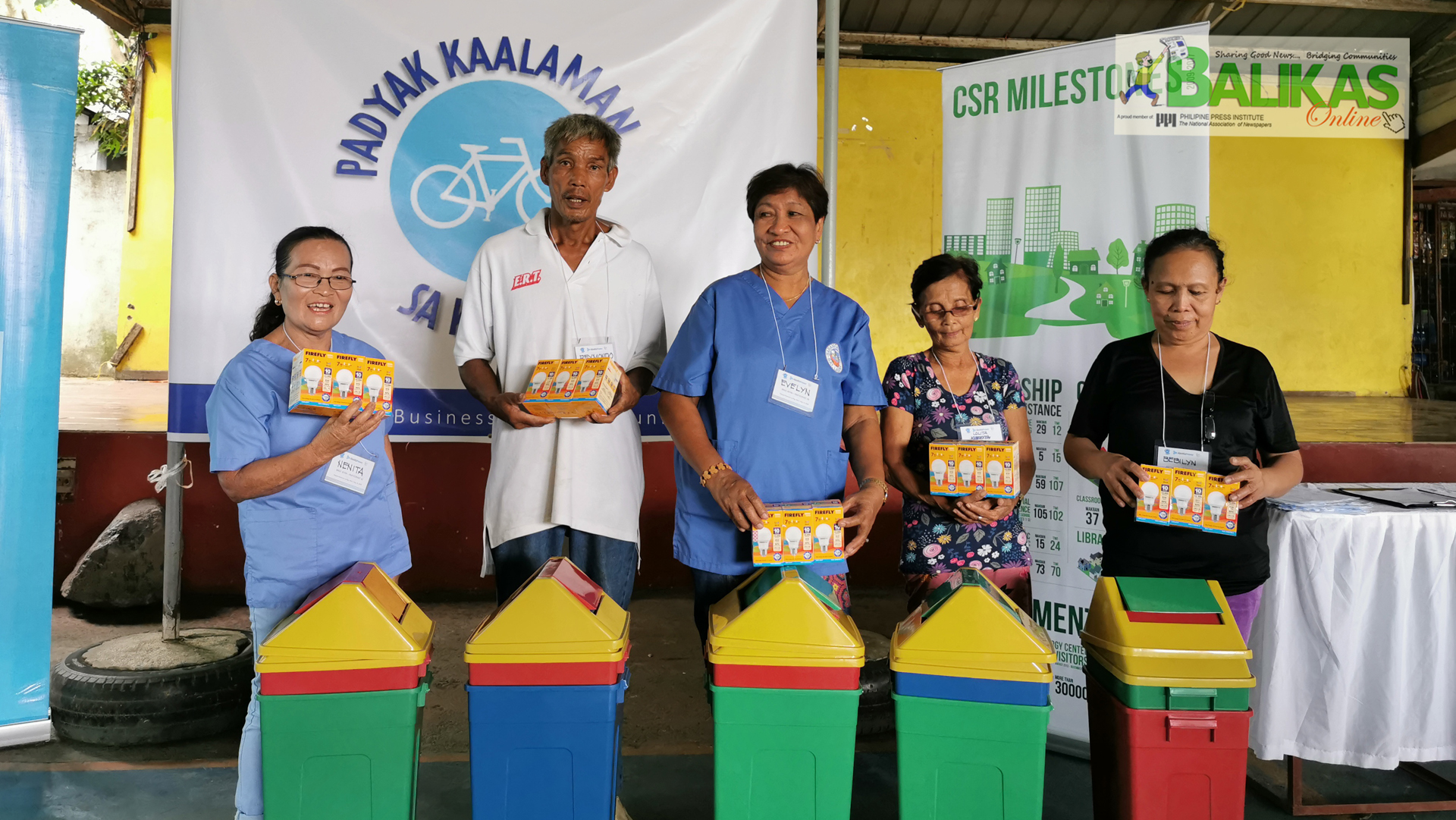 APRI’s talented team members shared collaboratively their expertise to the community in a fun and engaging way while imparting knowledge and awareness. Famous television shows and games such as “Pera o Bayong, Family Feud, and Putukan Na” were used as models for this unique training design. Instead of “Sugod-Bahay”, APRI made a “Sugod-Barangay” project.

Barangay Bitin covered court, where the venue was held and participated in by 50 Pantawid Pamilyang Pilipino Program (4Ps) members, was filled with laughter as they gamely joined the games.  Mak o Ban, a local version of “Pera o Bayong” covered topics about AboitizPower, APRI, and Cleanergy Center; “Putukan Na!”, where participants retrieved puzzle pieces inside balloons that formed a kettle and helped  explain the geothermal concept and Family Feud, where participants enumerated answers in response to questions on Environment, Health, and Safety. Winners took home prizes such as branded items, groceries, LED lights that promoted energy conservation and trash bins for waste segregation.

“We discovered a lot from this activity – we learned who APRI was and how electricity was made.  We enjoyed the games while learning how to take care of our environment. We hope they continue to do this program in our community (Kami po ay maraming natutunan – nakilala namin si APRI at naunawaan kung paano gumawa ng kuryente. Nagsaya kami sa mga palaro na pinagawa nila sa amin at kung paano pangalagaan ang kapaligiran. Sana po ay hindi silang magsawang umikot sa aming komunidad),” said 4Ps member Angie Veterena.

“Padyak-Kaalaman as a community-based project has taught us that when we listen first to the needs of our community, our programs are welcomed and received well by them. Seeing them enjoy the interactive games and appreciate the prizes which add value to their learning, we feel our purpose is being fulfilled that is – continuously advancing business and communities”, Noemi Sebastian, APRI ice President for Corporate Services, commented. The successful implementation of this event took inspiration from the pilot run of Padyak-Kaalaman held last October 2018 in Sitio Mahabang Parang and Barangay Limao Proper. This umbrella project for community rounds consisting of IEC and Cleanergy Center roadshows contributes greatly to improving APRI’s image and reputation. Because this method is well-received, Padyak-Kaalaman will also be duplicated in Tiwi, Albay, (where APRI Tiwi is located) before the year ends.

Spread the Love with the Body Shop