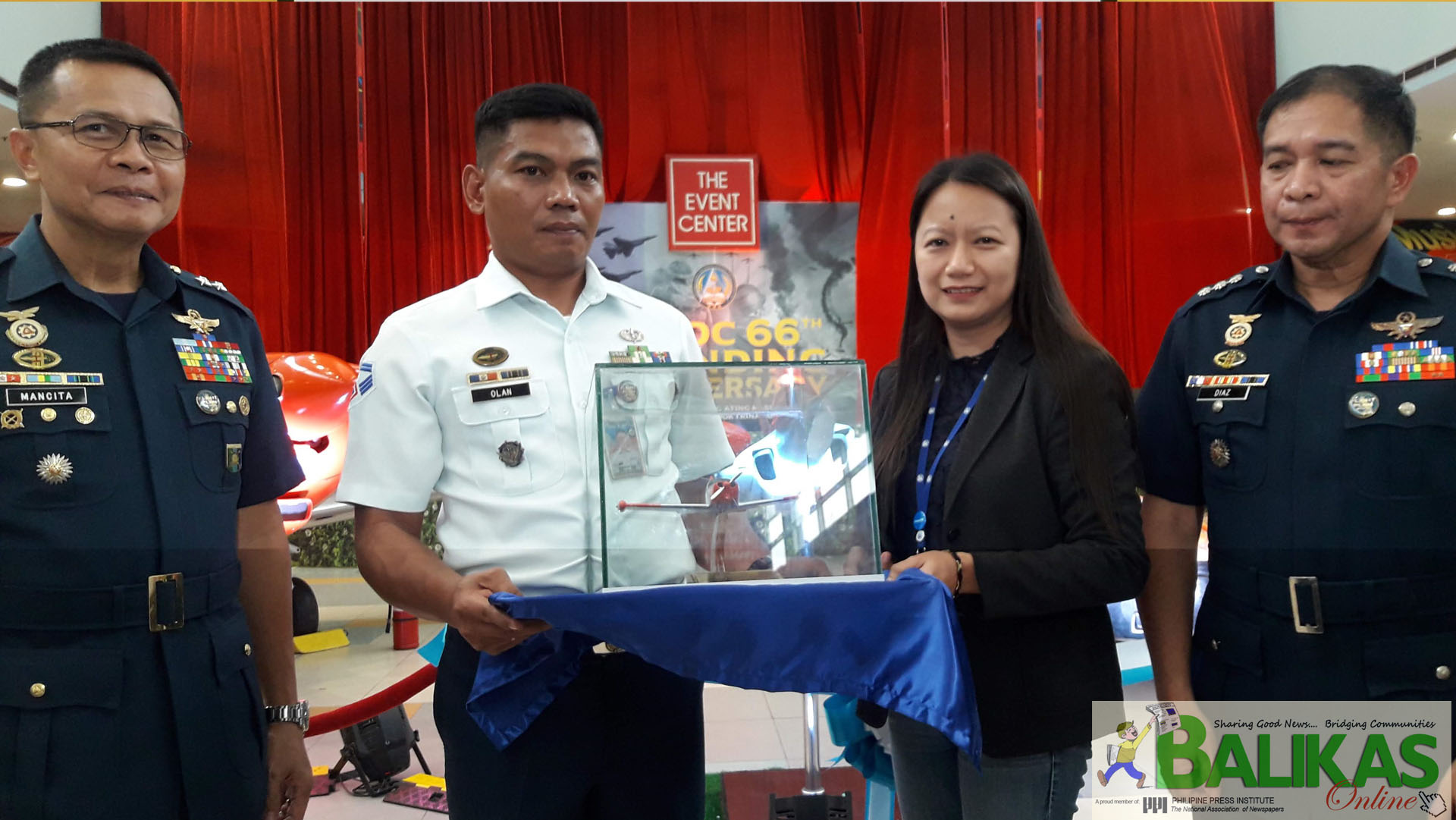 In photo: As a token of appreciation, AETDC through Major General Arnold Mancita (leftmost) and Colonel Rene Diaz (rightmost) awarded a miniature plane to SM City Lipa.  Receiving the token is Ms. Liza Dimaculangan, second from right, while assisting the turnover is Technical Sergeant Olan.

LIPA City – A real-life SKF260 Marchetti plane delighted the shoppers of SM City Lipa as it was put on display last September 14 to 16 at the mall’s Events Center.  The exhibit is part of 66th founding anniversary of Air Education, Training and Doctrine Command (AETDC) of the Philippine Air Force (PAF).

With the theme “AETDC @ 66: Kaakibat sa Paghubog ng Ating Kasundaluhan, Kaagapay sa Pagbuo ng Doktrinang Kailangan”, the Command has teamed up with SM City Lipa as it showcased some of the PAF’S air assets which were opened to the public for three days.

In his message, Major General Arnold A. Mancita, Commander of AETDC intimated that the exhibit aimed to increase public awareness of AETDC’s services.  SM City Lipa on the other hand, through its Mall Manager Liza F. Dimaculangan articulated that the mall is more than willing to have their exhibit as it gives its shoppers a new, fun shopping, family bonding experience.|ADVT