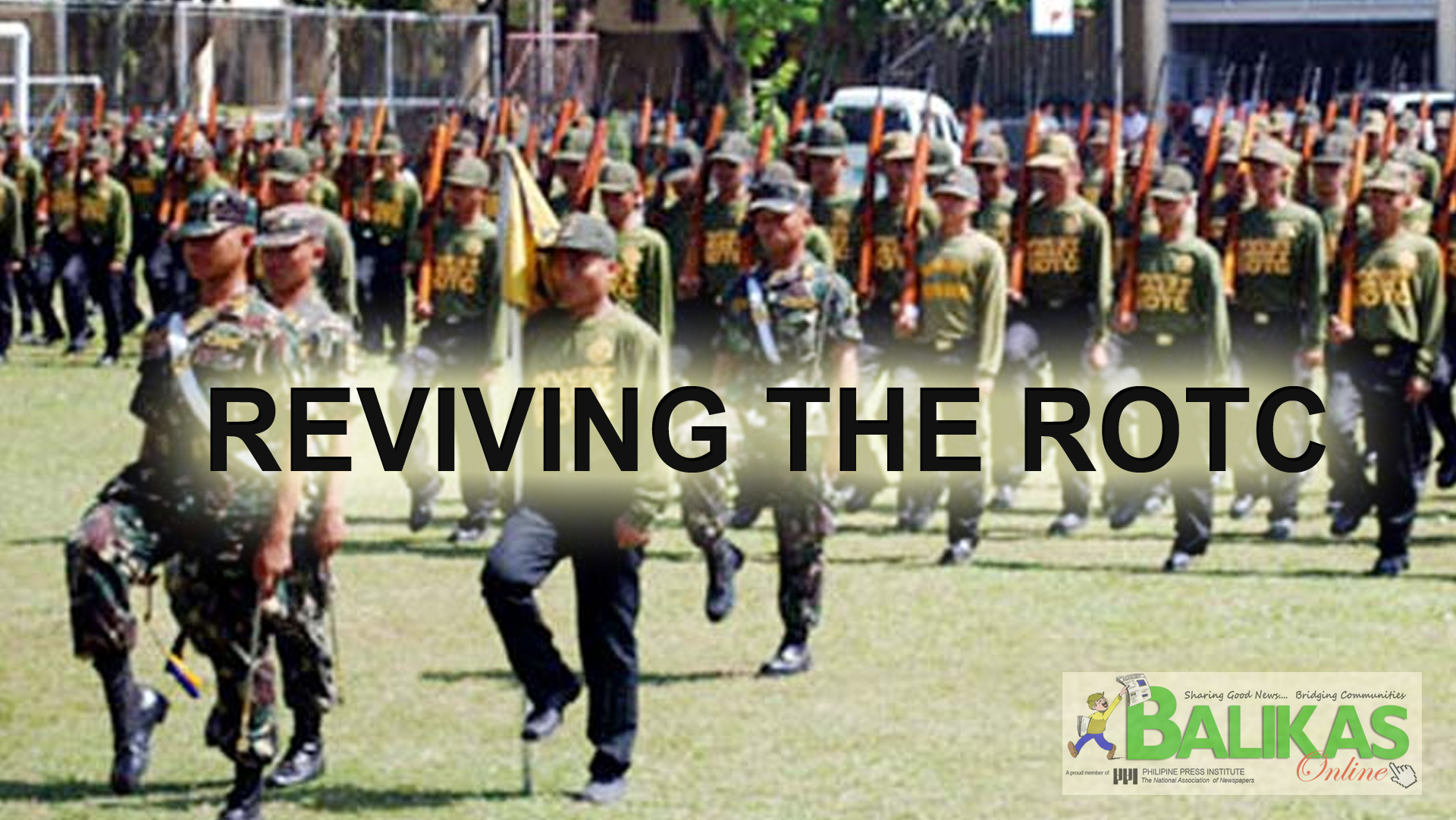 A House leader urges Speaker Gloria Macapagal Arroyo to consider the swift passage into law of his measure seeking to revive the mandatory Reserved Officers Training Corps (ROTC) for Grades 11 and 12 in public and private schools nationwide.

Responding to President Rodrigo “Rody” Duterte’s advocacy to protect the country, Deputy Speaker and Batangas Rep. Raneo Abu said his House Bill (HB) No. 5113 will immediately “resuscitate” the ROTC and bring this to life once again.

“I appeal to the House leadership to give priority on my measure in line with President Duterte’s desire to revive the ROTC aimed at promoting the prime duty of the government to serve and protect the people,” Abu said.

Abu’s measure will amend Republic Act (RA) No. 7077 or the “Citizen Armed Forces of the Philippines Reservist Act” to make ROTC mandatory.

Generally, the proposed law will introduce basic military training for students in order to motivate, train, organize and utilize for national defense preparedness or civil-military operations.

“If implemented efficiently, it would have the potential to produce an entire generation of young Filipinos who will be proud of their Filipino heritage and are ready to give the entirety of their being to serve their countrymen, to defend the State at all cost, and in a collective effort to make the Republic of the Philippines a real Southeast Asian Superpower in the near future,” Abu pointed out.

Citing Article III, Section 4 of the Constitution, Abu said the government may call upon the people to defend the State and all citizens may be required based on conditions provided by law to render personal, military or civil service.

“The State recognizes the vital role of the youth in nation-building and shall promote and protect their physical, moral, spiritual and social well-being. It shall inculcate in the youth patriotism and nationalism, and encourage their involvement in public and civic affairs,” Abu explained.

“The inculcation of the spirit of nationalism, nation-building, and national preparedness among the country’s population is vital to nation’s survival,” he said.

In consultation with other relevant government agencies and private stakeholders as the secretary of the Department of National Defense (DND) may determine, the DND, Department of Education (DepEd), and Technical Education and Skills Development Authority (TESDA) shall design and formulate the Program of Institution (POI) on the ROTC program in Grades 11 and 12.

The measure also provides First Level Civil Service Eligibility in the Civil Service to those graduates of two-year basic ROTC and have completed a four-year baccalaureate degree.

It guarantees also as part of incentives provision the Second Level Civil Service Eligibility in the Civil Service for graduates with Advance ROTC and finished a four-year course.|PMA