PCAARRD recognizes its media partners through the Ulat SIPAG Awards 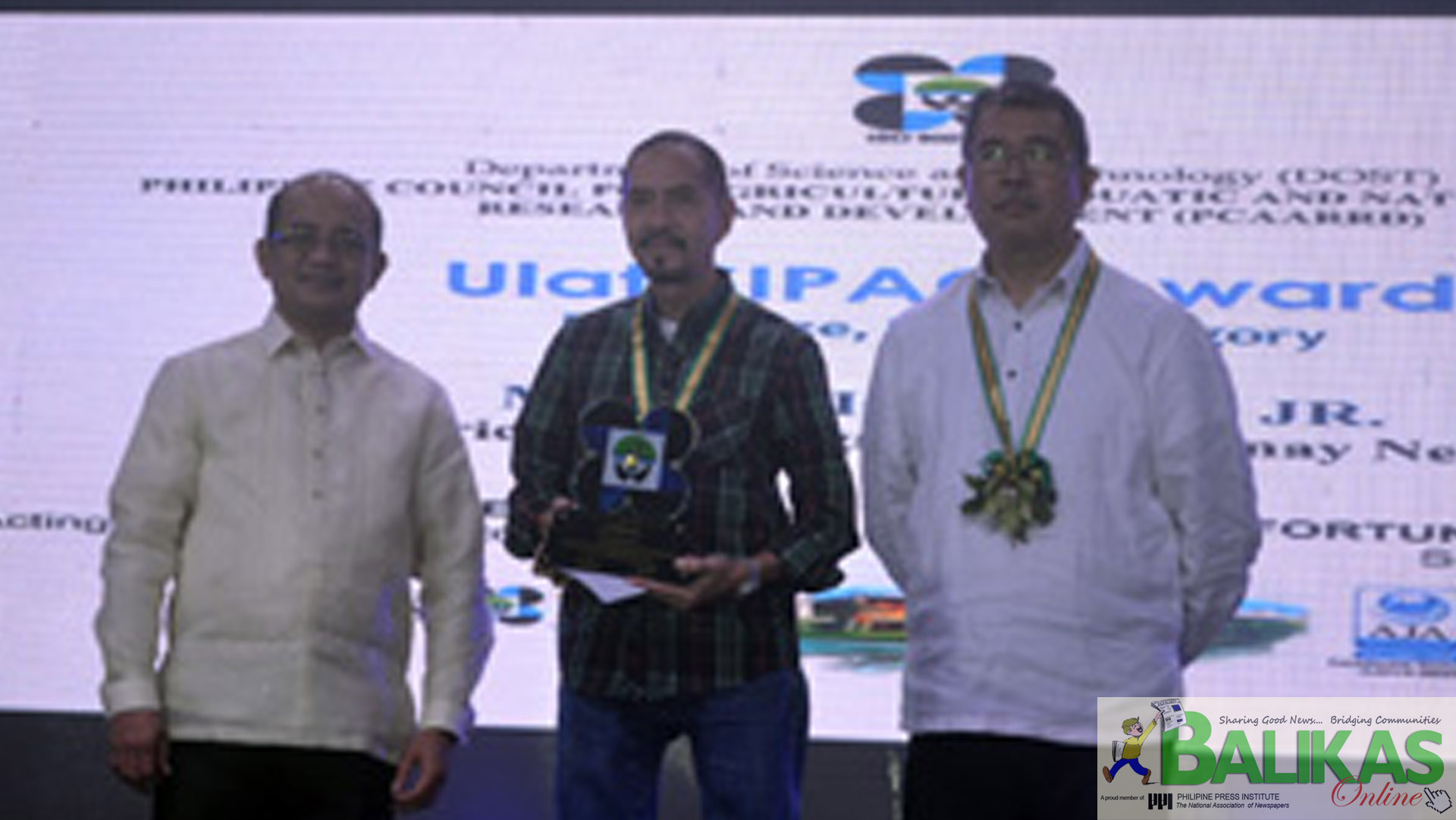 THE Philippine Council for Agriculture, Aquatic and Natural Resources Research and Development of the Department of Science and Technology (DOST-PCAARRD) recently awarded private professional media practitioners through the Ulat SIPAG Awards.

Deocaris was recognized for his contribution in the field of broadcast media in support of DOST-PCAARRD’s R&D Results Utilization banner program. His radio program Pinoy Scientist helps in empowering Filipino scientists, researchers, and other science and technology advocates by serving as their conduit to the public. As a scientist himself, Deocaris combines his knowledge on the subjects that he tackles with the art of science communication, thereby promoting better social advocacy and at the same time, inspiring greater social responsibility on the part of the scientific community.

Surara was recognized for her contribution in the field of broadcast media in support of DOST-PCAARRD’s R&D Results Utilization banner program through her radio program ‘Kain Tayo.’ The program makes use of Sunday lunchtimes, to engage the listeners towards the promotion and appreciation on the role of science and technology in the production of agricultural and aquatic food products.

The program inspires the family to participate on meaningful and productive exchanges during lunchtime, on the importance of science as it applies to food, being a primary human concern.

The awards were given during the Council’s 7th Year Anniversary Celebration held at the Philippine International Convention Center.|DOST-PCAARRD S&T Media Services