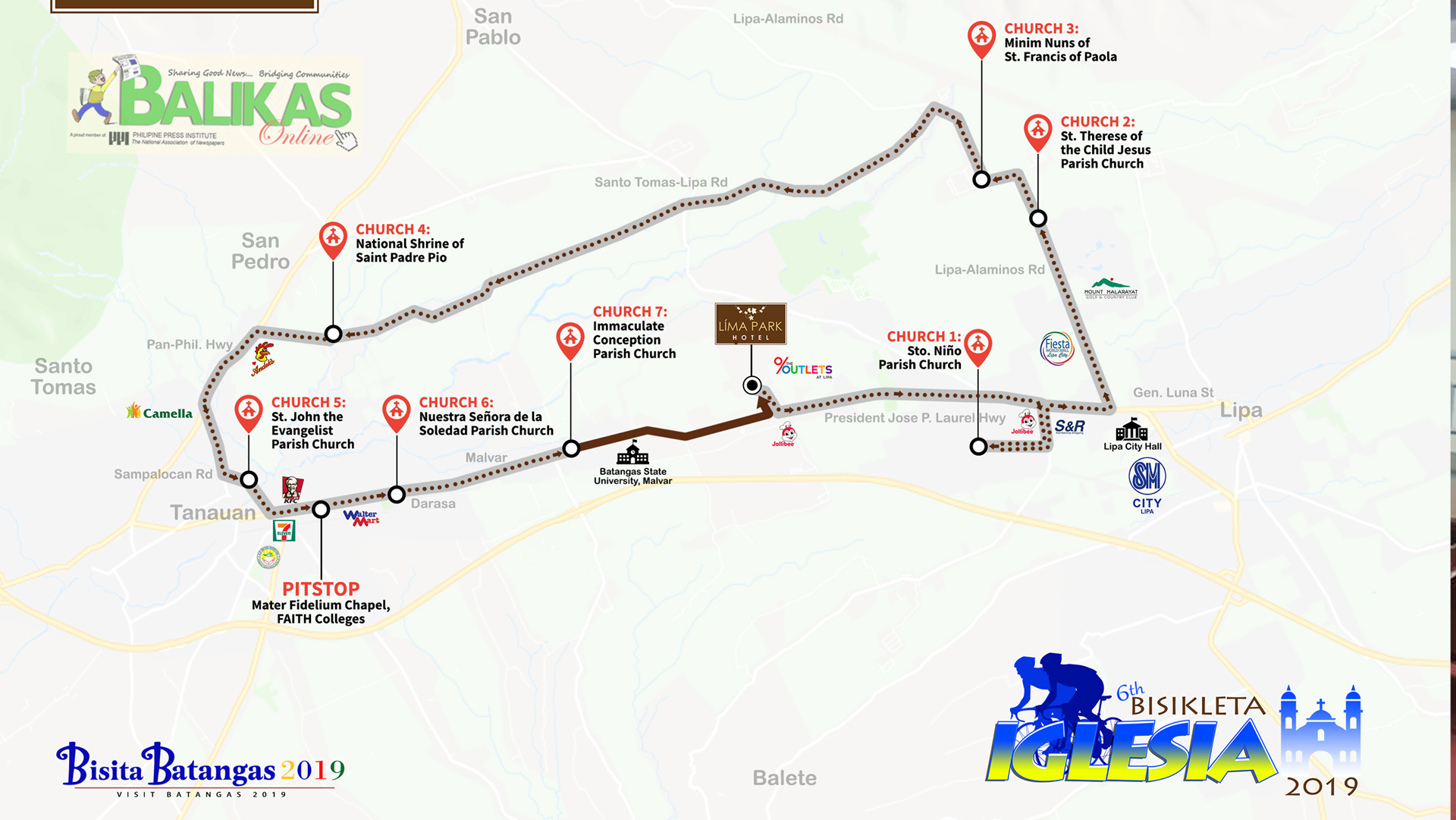 LENT is a time for fervent expressions of faith. In Batangas, there is a unique expedition that takes devotees and biking enthusiasts on an awesome faith, sports, and heritage tour. This is Bisikleta Iglesia Season 6.

One of the main faith tourism attractions in Batangas that recently drew thousands of devotees is the National Shrine of St. Padre Pio. It was among the churches that housed the “incorrupted heart” relic of Saint Padre Pio of Pietrelcina, Italy when it arrived in the country in October 2018 as part of an organized worldwide pilgrimage. Considered as the “Saint of the Millennium,” St. Padre Pio is best known for his charity and gift of stigmata.

Expecting to attract more than 400 pilgrim bikers, Landicho shared that Lima Park Hotel has been working with the Department of Tourism (DOT) to develop Batangas as one of the more accessible destinations for religious tourism in the country.

“Lipa, in particular, is a virtual showcase of beautiful churches, both old and new. In fact, Lipa is dubbed as the Little Rome of the Philippines; thanks to its numerous churches, chapels, convents, and seminaries,” Landicho said.

In the southern part of the province, however, the world’s tallest statue of the Virgin Mary, Mother of All Nations, stands atop the hill at Montemaria in Barangay Pagkilatan in Batangas City overlooking the Verde Island Passage, also known as the Center of the center of the Worlds Biodiversity.

Last year, Bisikleta Iglesia attracted over 300 bikers whose ages ranged from as young as eight years old to seniors up to 70 years old. They took the 52-kilometer road adventure starting in Malvar all the way to Balete and down to Lipa. Landicho pointed out that this event has the elements of a spiritual retreat on the road. Like last year, Bisikleta Iglesia 2019 will feature prayers, reflections, and sharing in every stop with 14 riders carrying their own stations of the cross and assuming the responsibility of being station leaders.

The event registration fee is Php 450 (net). The first 100 registrants will receive a commemorative Bisikleta Iglesia shirt, plus a chance to win exciting raffle prizes.|