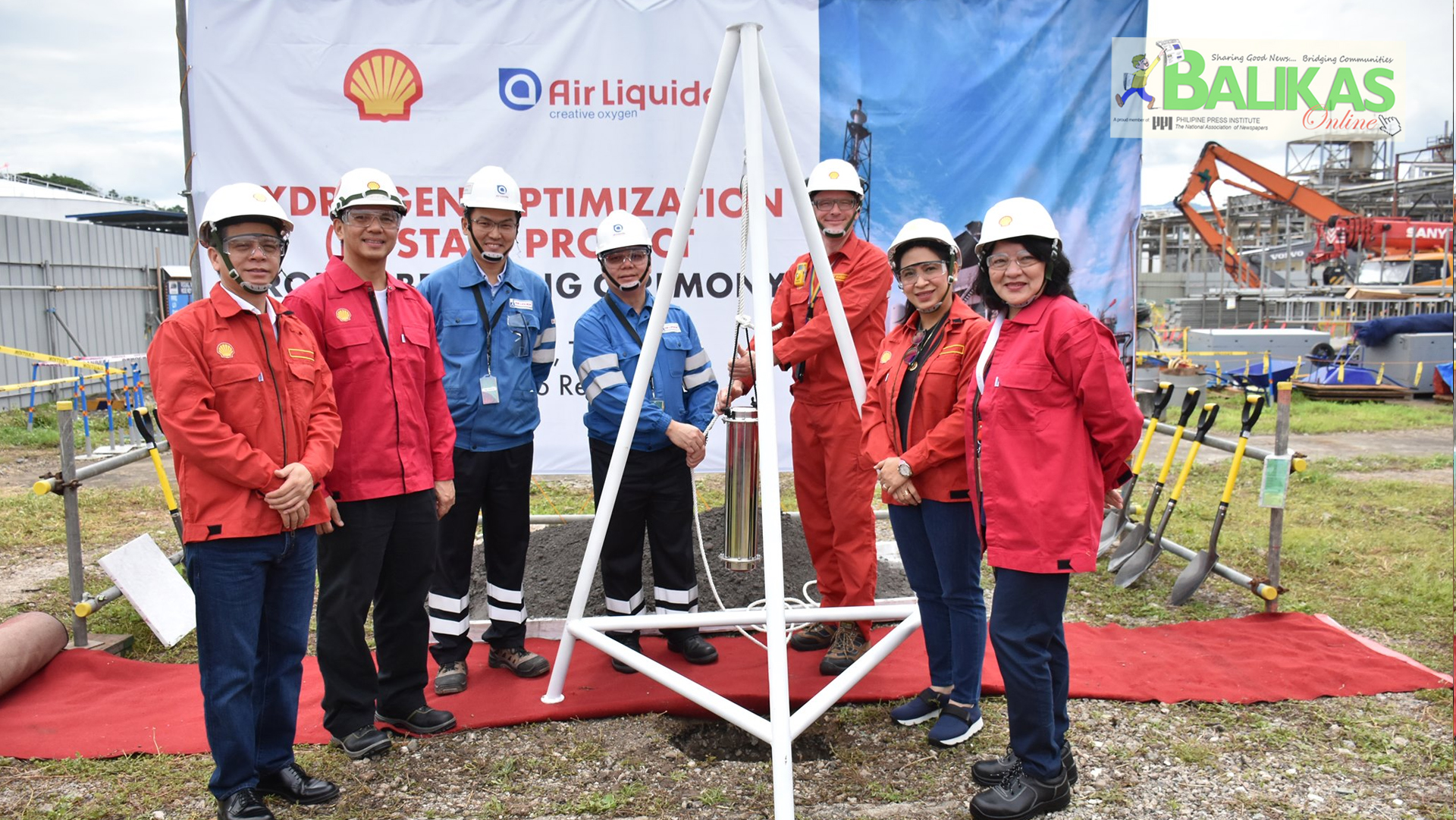 THE groundbreaking of Hydrogen Optimization Project of Pilipinas Shell Petroleum Corporation (PSPC) and Air Liquide, August 29, at the Shell Refinery in Tabangao marks an innovative venture into an environment-friendly industry intended to boost the fuel production in the country.

Shell Refinery Business Opportunity and Business Development Manager Paolo Barredo said “HyStar is a partnership project of Shell and Air Liquide to put up a hydrogen manufacturing unit on a site that will supply hydrogen to the refinery to allow it to process more advantage feed stocks that means more options for crude to allow us to produce more quality fuels for consumers.” This is first of its kind in the Philippines and is targeted to be operational next year.

According to him, Shell buys crude which is a raw material for processing products like diesel and gasoline that are sold in retail stations. Through this project, there will be a production of extra hydrogen that is a component required by the plant to allow for more advantage.

“This project allows us to have more options when a problem in the supply of crude happens in case trouble erupts in the Middle East,” he added.

The hydrogen manufacturing unit emits carbon dioxide (CO2) in the atmosphere but with this partnership , the CO2, instead of entering the atmosphere as pollutant , will be captured by Air Liquide to be tapped in a more beneficial manner like being utilized in the production of carbonated drinks.

In a short program before the groundbreaking, Wassink said “normally, Shell invests in their own facility but this time we recognize the expertise of Air Liquide, they have the expertise in industrial gas while we have the expertise in petroleum products, so with the partnership of the two companies, this will create leverage and will bring more benefits to the country.”

“This is a new chapter in the history of Tabangao refinery. Shell has been a responsible partner in the community and contributes to nation building,” he added.

Romero stressed that this project is proof of the continued commitment of Shell to the country and Batangas City and the ability to partner with a formidable industry like Air Liquide that boasts of 117 years of experience in the industrial gas industry.

Welcoming the new development in the city, Mayor Dimacuha said “let us continue to have a strong partnership, together we continue to carve a bright future for Batangas City and the entire country.”

The Department of Trade and Industry (DTI) was represented by Philippine Board of Investments Governor Cayas who hailed the partnership of two multinational companies. “This is a testament to the country’s conduciveness to investments with its minimal environmental impact and state- of- the- art technology.”

Congressman Mariño expressed pride that Batangas City is first to host this kind of project which means more jobs for Batangueños. “Indeed, the city is the best place for this project because investors are given importance here. Shell can count on our support for this undertaking and their succeeding projects,” he added.|-BNN