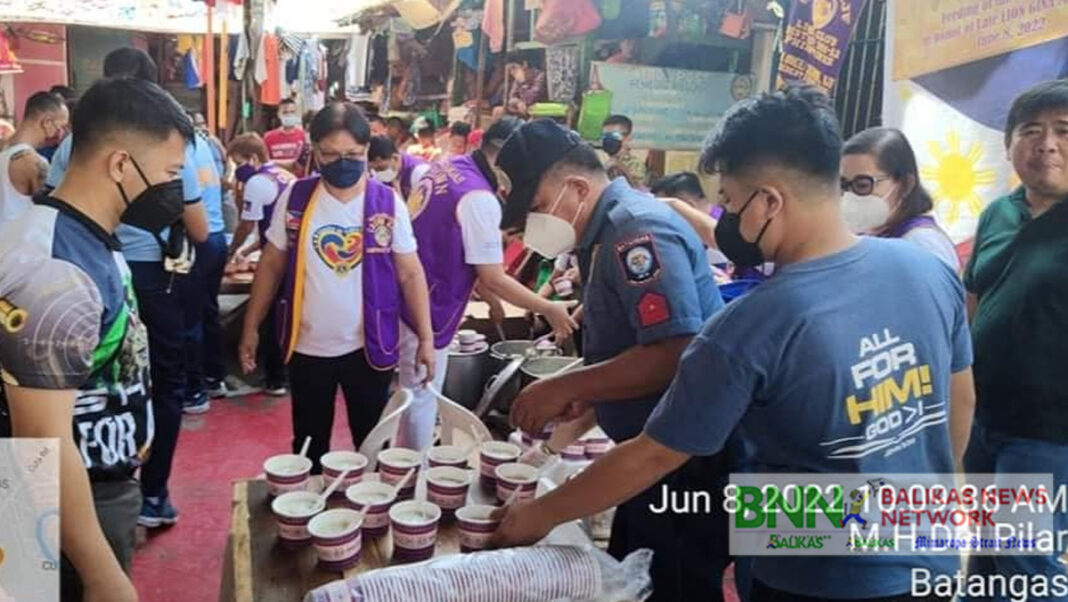 TEN days before President-elect Ferdinand Romualdez Marcos Jr. takes oath and formally assumes office as the 17th president of the Republic, a group of disgruntled jeepney drivers plying the Monumento-Divisoria route gathered at the corner of A. Mabini Street along Pajo, Caloocan grudgingly assessing their dire situation as the prices of fuel continue to soar.

Felix Delos Santos, 54, said he cannot remember a time in his 30-year experience as a jeepney driver that “life was so hard that he now refuses to go and ply his route because he is just practically wasting his time.”

He shared the sentiment of his co-workers as they now contemplate of looking for other ways to make ends meet.

A few meters from the group were a bunch of vendors plying their trade outside the Maypajo Market all ready to scamper as soon as they hear the warning that members of the city’s Public Safety Management Office are coming to disperse them.

They, too, have their own sad stories to tell.

But behind the dark clouds of economic uncertainty and immeasurable despair, the ordinary Filipino on the street is oozing with optimism and confidence, silently hoping that bad times will turn to better days as soon as “PBBM takes the helm.”

Pedro Cendana Jr., 82, nephew of former minister Gregorio Cendaña, said he believes that “President Bongbong is out on a mission to continue the legacy of his father, which was tainted with wrongful accusations by their political enemies.”

“Like what (Senator) Imee said, what they want is to be given the platform to finally clarify the legacy of their father, Ferdinand Marcos Sr.,” Cendana, who was also a member of the Presidential Security Group during the older Marcos’ time, said.

The younger Marcos who has helped pass laws to protect senior citizens and expand emergency relief to children during his tenure as senator, has promised to continue President Duterte’s ‘Build, Build, Build’ infrastructure program and channel part of the Internal Revenue Allocation to strengthen local micro, small, and medium-sized enterprises.

The incoming president also wanted to strengthen the agriculture sector and has recruited reputable economic managers who will be at the forefront of his economic recovery program.

“The signs are all there. He is trying to find the right people to fit the right positions because he wanted to sail smoothly. He (Marcos Jr.) knows he had his work cut out for him… he promised them good results and the people believe him. We will get there somehow under a PBBM presidency,” Cendaña said.

The Filipino optimism is without scientific basis, however.

Even prior to Marcos Jr. winning via landslide, Social Weather Station (SWS) survey in April showed that more than half of Filipinos are optimistic that the economy will improve in the next 12 months.

The survey, which came out even before BBM broke away in the surveys rating race, was conducted among 1,440 adult respondents from December 12 to 16, 2021, with a total of 360 each in Balance Luzon, Metro Manila, the Visayas, and Mindanao.

“We have been through some tough and very challenging times. The Filipino is by heart optimistic. This and the projected leadership of BBM will surely lead us to a better life in the days to come,” Cendaña said.|