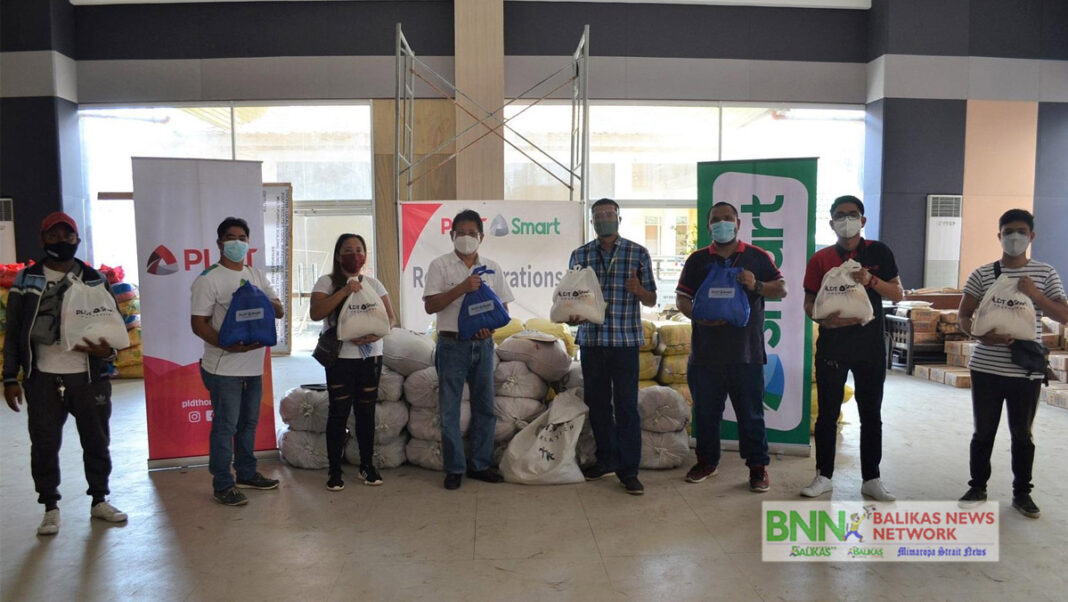 PLDT and Smart, together with the PLDT-Smart Foundation (PSF), turned over around 1,000 food packs to three municipalities in Batangas as aid to families displaced by Taal Volcano’s renewed activity.

“PLDT and Smart are committed to assist communities we serve, especially in times of crisis. We empathize with our kababayans whose lives have been disrupted by Taal’s unrest. We continuously work with the local governments in providing the essential needs of evacuees,” said Catherine Yap-Yang, Group Head and First Vice President of Corporate Communications at PLDT and Smart.

“The donations from PLDT, Smart and PSF give relief to affected residents, especially those who had to leave their homes. Still reeling from the previous eruption, we are grateful for all the help that we receive, especially since last year’s event has weighed heavily on our local economy,” said Arceo.

The food packs will not only benefit evacuees staying in shelters but also displaced families who are in the care of local residents.

“The Agoncillo LGU has come up with an ‘Adopt a Family’ program where communities outside the danger zone take in families who have fled their homes amid the recent unrest of Taal. We faclitate where evacuees will be taken. We will also share with them the food packs that you have donated to our municipality,” said the Agoncillo local chief executive.

“It’s not easy staying in evacuation centers. The free WiFi that was set up by PLDT and Smart in shelters enabled evacuees to connect to the internet for entertainment,” noted Amo.

On July 1, residents in high-risk barangays across the towns of Laurel and Agoncillo in Batangas were evacuated after PHIVOLCS raised Alert Level 3 (magmatic unrest). Taal Volcano generated a short-lived dark phreatomagmatic plume reaching a kilometer high followed by several more phreatomagmatic bursts in the next few days. So far, around 5,000 individuals have reportedly sought shelter in evacuation centers because of the threats of the volcano while almost 9,000 more evacuees are believed to be staying outside of evacuation centers.

All these efforts to extend aid and set up free calls, charging and wifi stations are part of PLDT and Smart’s #SafeandSmart advocacy, which promotes preparedness and immediate response through network resilience, continuous availability of communication services, mobile solutions and activities, and relief assistance to help communities mitigate disaster risks. These also underscore the commitment of PLDT and Smart to attaining the UNSDGs, particularly SDG #11: Sustainable Cities and Communities.

Smart continues to engage stakeholders to #LiveSmarter for a #BetterWorld and bring much needed support to communities that have faced adversities.|