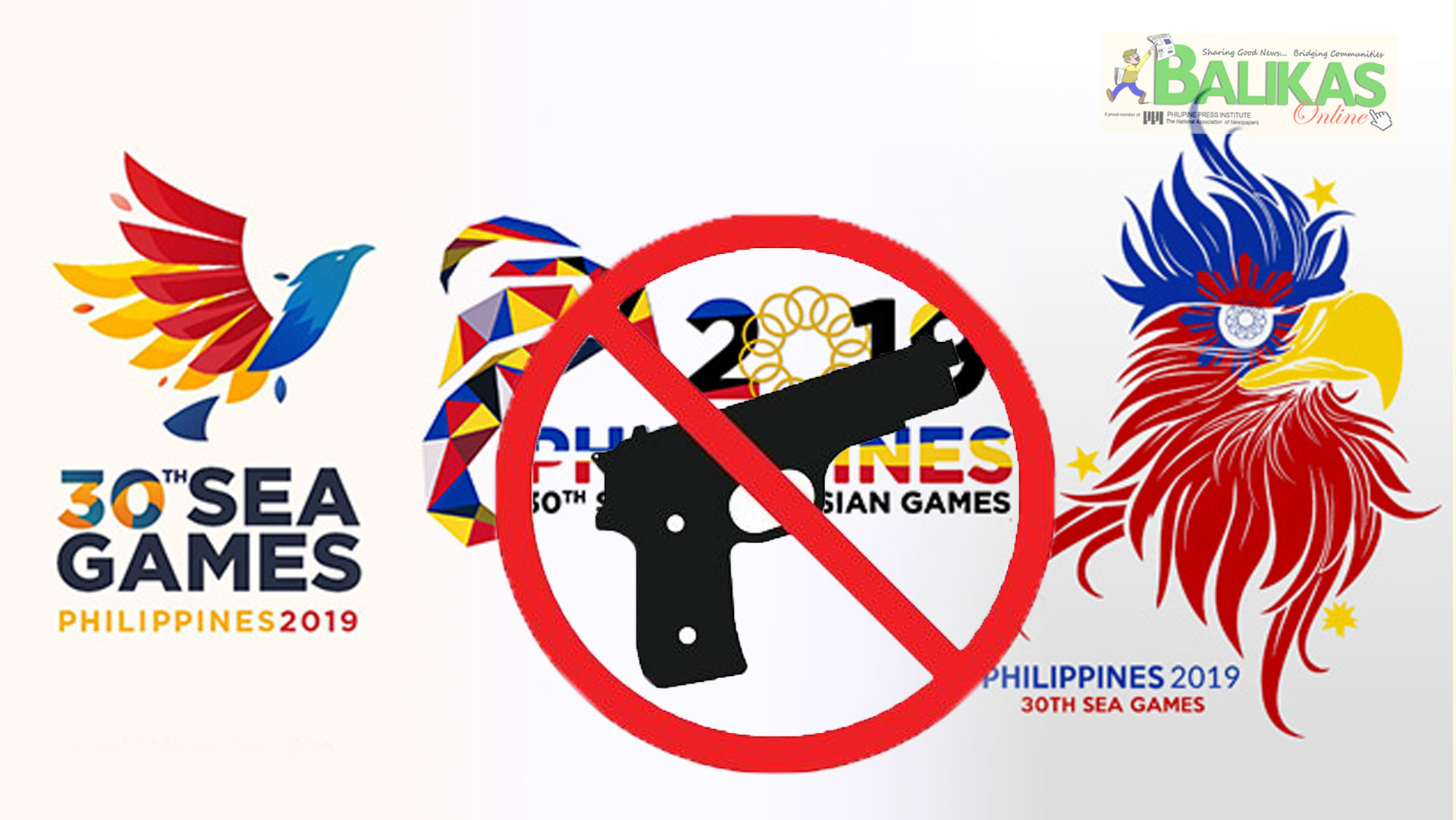 THE Philippine National Police (PNP) has announced a gun ban in Metro Manila, Central Luzon (Region 3), Calabarzon (Region 4A) and La Union from November 20, 2019 to December 14, 2019 to ensure peace and security during the conduct of the 30th Southeast Asian Games in the country.

It also announced the guidelines for granting special permits to transport firearms, explosives and explosive ingredients during the gun ban period.

According to a memorandum dated November 18 issued by the director of PNP’s Civil Security Group (CSG): “In view of the scheduled 30th SEA Games 2019, all Permits to Carry Firearms Outside of Residence (PTCFOR) in Region 3, Region 4A, National Capital Region and the whole province of La Union are hereby suspended effective November 20, 2019 to December 14, 2019.”

Only members of the PNP, Armed Forces, and other law enforcement agencies who are performing official duties and are in agency-prescribed uniforms, and participants to the 30th SEA Games 2019 shooting competition shall be allowed to carry firearms, it further said.

The suspension of the permits to carry firearms during the SEA Games is “part of the security preparations to ensure that the activities will be free from firearms-related incidents and to ensure the safety of the populace as well as of the local and foreign athletes,” the memo said.

In another memorandum dated November 19, 2019, the PNP Directorate for Operations sets the guidelines for the grant of special permits to transport (PPT) firearms, explosives and explosive ingredients from and to specific locations during the suspension period of November 20 to December 14.

“In this regard, concerned Regional Directors can issue special PPTs pursuant to the provisions of RA No. 10591 [Comprehensive Firearms and Ammunition Regulation Act] and its RIRR [Revised Implementing Rules and Regulations]” to certain individuals and entities that fit certain criteria, said the order.

On the grant of special permits “in the transport/movement and/or shipment of explosives/explosives ingredients from the point of origin to the point of destination, the approval shall be at the discretion of the C, FEO [Firearms and Explosives Office], CSG.”

This, it adds, is “provided that it shall be strictly monitored in order not to pose a threat to specific areas where the activities for the 30th SEA Games are held.”

The 2019 SEA Games will officially open on November 30 at the Philippine Arena in Bocaue, Bulacan, with the various sporting events taking place in Manila, Subic, Clark and other venues until December 11. |- PHILEXPORT News & Features