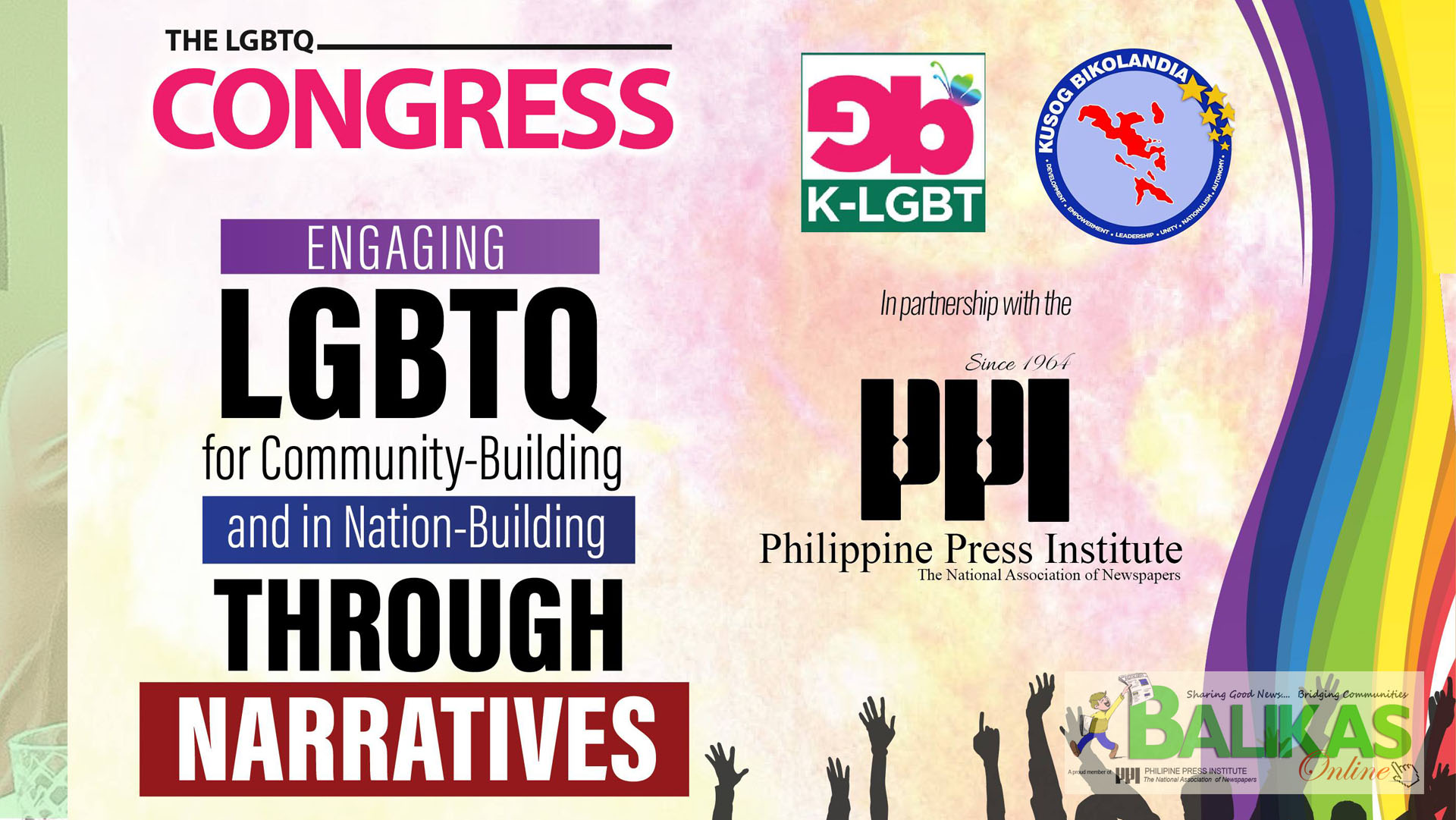 IN an unprecedented effort, and for the first time in its long history of conceptualizing and conducting training programs for its members and the media in general, the Philippine Press Institute (PPI), also known as the national association of newspapers since 1964, will help facilitate the first congress of the LGBTQ community on December 1 in Legazpi City.

The PPI has been tapped by local organizer Kusog Bikolandia to help facilitate its landmark event that will cater to and be attended by members of the LGBTQ sector. Titled ““Engaging LGBTQ for Community-Building and in Nation-Building Through Narratives” will put to the fore the challenges and interests of the vulnerable community in terms of knowing their legal rights, access to health services, and portrayal in media.

Around 300 participants from the LGBTQ community all over Bicol Region invited by Kusog Bikolandia, are expected to attend the first congress to address various issues surrounding LGBTQ. “It’s high time we convene them and give them a venue to raise their concerns that our leaders should take cognizance of,” said Noel De Luna, founder and chairman of Kusog Bikolandia.

Kusog Bikolandia is a new breed of regional political party formed in Bicol by businessmen and former government officials as an alternative political party that seeks new and young leaders in the region. “In this congress of the so-called marginalized and highly vulnerable sector and community, various issues and challenges confronting them will be put to the fore, whereby giving them a platform to express their sentiments and aspirations for themselves and the country,” De Luna said.

The PPI believes that being tapped to help conduct this initiative is well withing its mandate and flagship of “building better communities”. “I see this as a stepping stone to coming up with guidelines on reporting on the LGBTQ which we actually don’t have yet. We need to be inclusive. To write about them is even necessary to erase age-old problems of discrimination and perceived bad portrayal,” said Ariel Sebellino, PPI executive director.

He further added that there was a discussion years ago about coming up with a training program for this kind of reporting. “Hopefully the local organizers will find it necessary to partner with the PPI for a media training to be able to craft the guidelines, adding to what we already have on children and women.”

Culminating the one-day congress is a workshop that will require the participants to write and present recommendations and programs that will benefit them. Resource persons will be from the Department of Health, Department of Justice, LGU, and media.|#BALIKAS_News