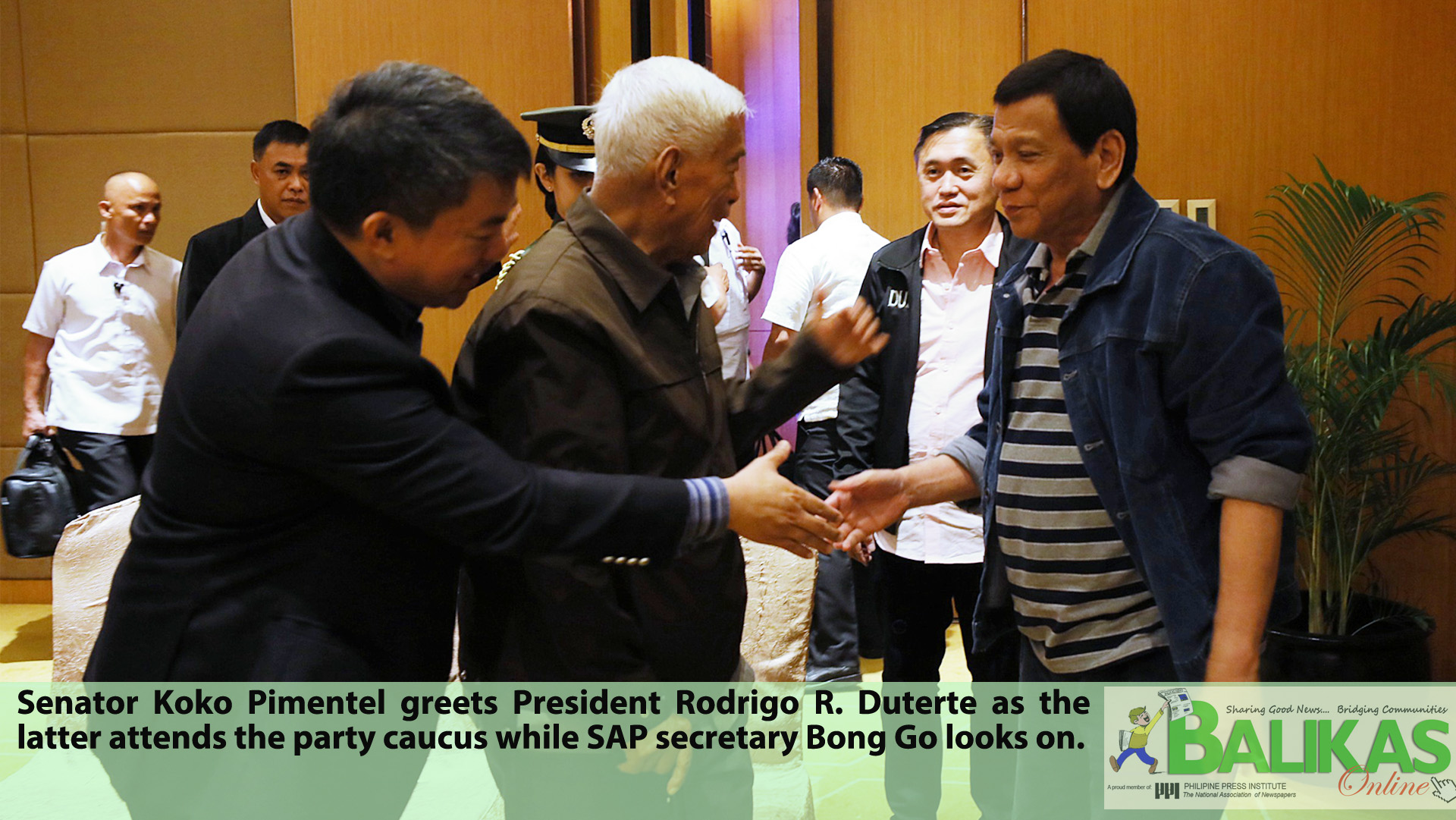 PRESIDENT Rodrigo Duterte presided over a party caucus among members of the ruling PDP-Laban to unite the different factions that emerged recently.

The President reiterated to the leaders of both factions, as well as to all the members of the party, that they should resolve all their concerns without animosity and with the end goal of uniting the party.

Special Assistant to the President Sec. Bong Go said that President Duterte met leaders of both groups led by Sen. Koko Pimentel and Bicbic Garcia in one room to thresh out their issues.

Go explained that since PDP- Laban was the party that catapulted Duterte to the Presidency, fixing the internal squabble is very important to him.

The president encouraged party members to raise their grievances in the plenary. The caucus ended with a commitment from both sides to work things out. Another meeting will be held in a latter date with hopes of having a stronger and united PDP-Laban party.|-PR