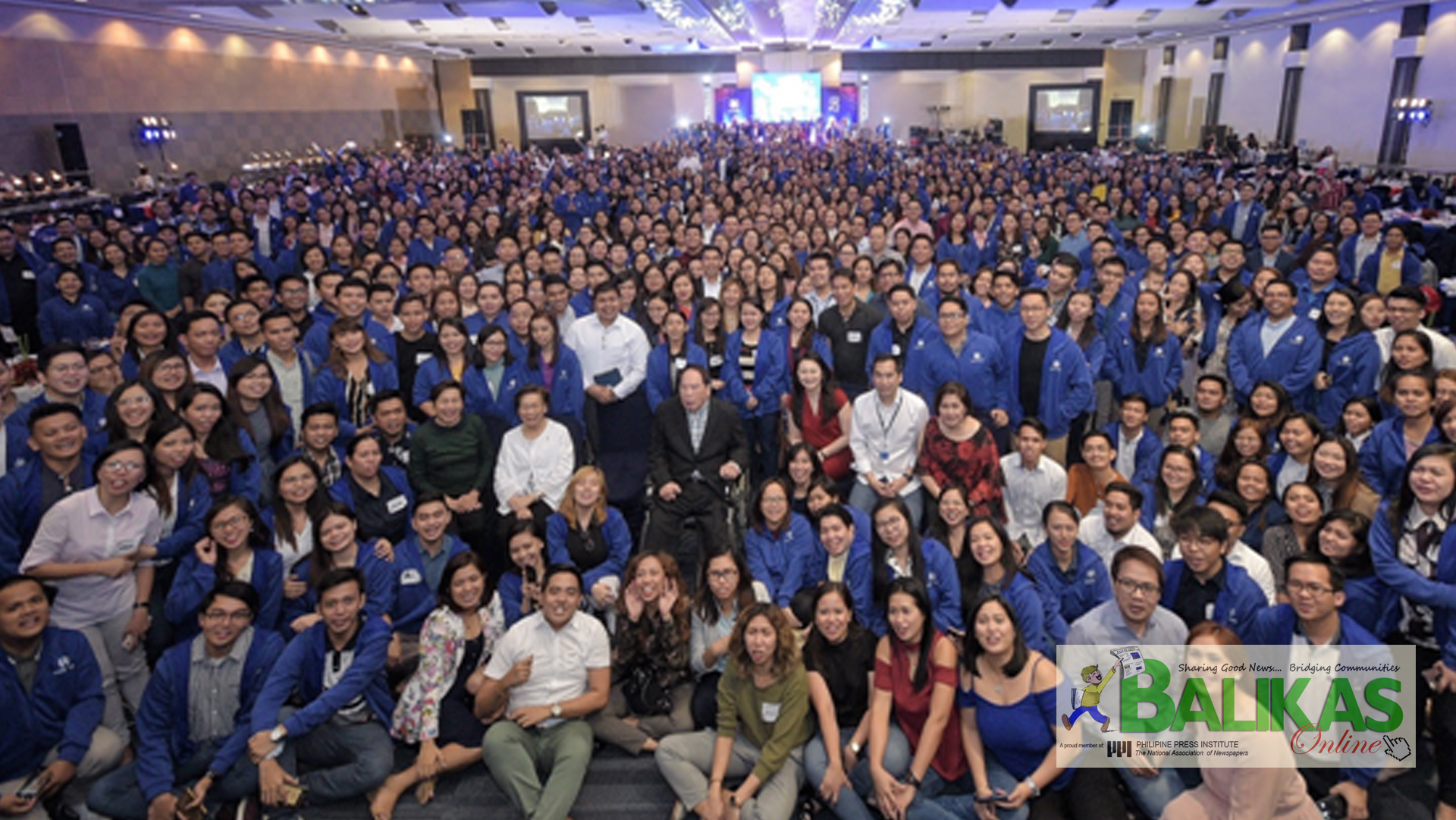 IT was SM Foundation that help them get their diplomas, and several years after, here they come again partnering with the foundation to expand the scholarship program and help more youth finish their college education.

At the close of the Christmas Season on January 6, the Feast of the Three Kings, more than a thousand alumni of the SM Foundation scholarship program flocked to the SMX Convention Center, to reunite with SM patriarch Henry Sy, Sr, matriarch Felicidad T. Sy, eldest daughter Tessie Sy-Coson, youngest son Harley and granddaughter Mara Sy-Coson.

Also present at the gathering were Executive Director Debbie P. Sy and Executive Director for Education Linda Atayde, AVP for scholarship Eleanor Lansang, members of the Board of Trustees, Lydia Echauz and Chito Macapagal and SM Executives led by Paul Arcenas and Ronald Tumao.

Harley Sy, extended the family’s heartfelt congratulations to the alumni and mentioned the lessons he learned from his father, such as, “You have to have a dream, whether big or small. Then plan well, work hard, and be very determined to achieve your goals. Hard work is always part of success”.

Harley described his father as more than a dreamer. He was a doer and stayed focus on his goals. The other lessons were about maintaining a simple life despite success and the importance of helping others. His father continued to work hard not for himself but for others. He created more projects, thus generating better opportunities for employment and opening avenues to support our communities.

The college scholarship program is now 25 years and he thinks that a mentoring program by the alumni for the current scholars is timely because the latter can benefit from the former’s life experiences and collated wisdom as SM scholars.

“You all know this. You have gone through these tough times yourselves so help the current scholars in whatever means you can—tutor them where they are weak and make them feel that they are not alone. SM Foundation after all is also your home,” Harley said.

This statement generated a loud applause and approval from the alumni.

He ended his remarks with an encouraging note, “Continue making things happen. Your story goes on and we cannot wait to hear what else you can do. The world needs more dreamers and doers like you.”

All wearing the blue jackets given them by the foundation, the former scholars rendered song and dance numbers and heartwarming testimonials from Ericson Cabrera, 2010 graduate, now school principal; Junnair Manla, 2014 graduate, now network engineer based in Singapore; Novelyn Beboso, 2005 graduate, now Certified Public Accountant; and Ellyson Bala, 1999 graduate, now a SAVP in the IT Department of SM Prime. Their stories drew tears of joy in the eyes of listeners. Another alumna, school teacher Gemma Gutierrez, 1998 graduate, sang an original thank you song which she composed for Mr. and Mrs. Henry Sy Sr. All the alumni joined her in singing this song.

After the alumni’s musical number five representatives from various batches presented the alumni’s gift to Mr. and Mrs. Henry Sy Sr. – a wall art depicting “Scholars for Scholars”, a project of “Tatang’s graduates” (SM scholar-alumni) to pay tribute to the founder of SM Foundation and to pledge to “pay forward” the generosity of the Sys to other less-fortunate but bright students (who were once like them).

The five gift presenters – Emylou Adalzo, Loida De Vera, Elly Bala, Novelyn Beboso, Jeffry Manhulad turned over to Debbie Sy, executive director of SM Foundation, the “seed fund” of over P100,000 that they raised amongst themselves to sponsor one college scholar for schoolyear 2019-2020 and pledged to increase the number in the future. They also distributed voluntary pledge forms during the program.

Further entertainment was provided by the Act Seven band and Tatang’s graduates let their hair down so to speak and jammed with the band. The event closed at 5:00 o’clock in the afternoon with takeaways  for  them – their inspiring  stories  began at SM and will continue to be handed down from them to their next generations.

For Mr. and Mrs. Henry Sy Sr and family and SMFI – Tatang’s vision of educating the youth to fight poverty was not made in vain; in fact it is a true and tested formula.

Meanwhile, the SM Group’s chain of malls, department stores, supermarkets and convenient stores are now dotting all the provinces, cities and municipalities of the CALABARZON region.|#BALIKAS_News