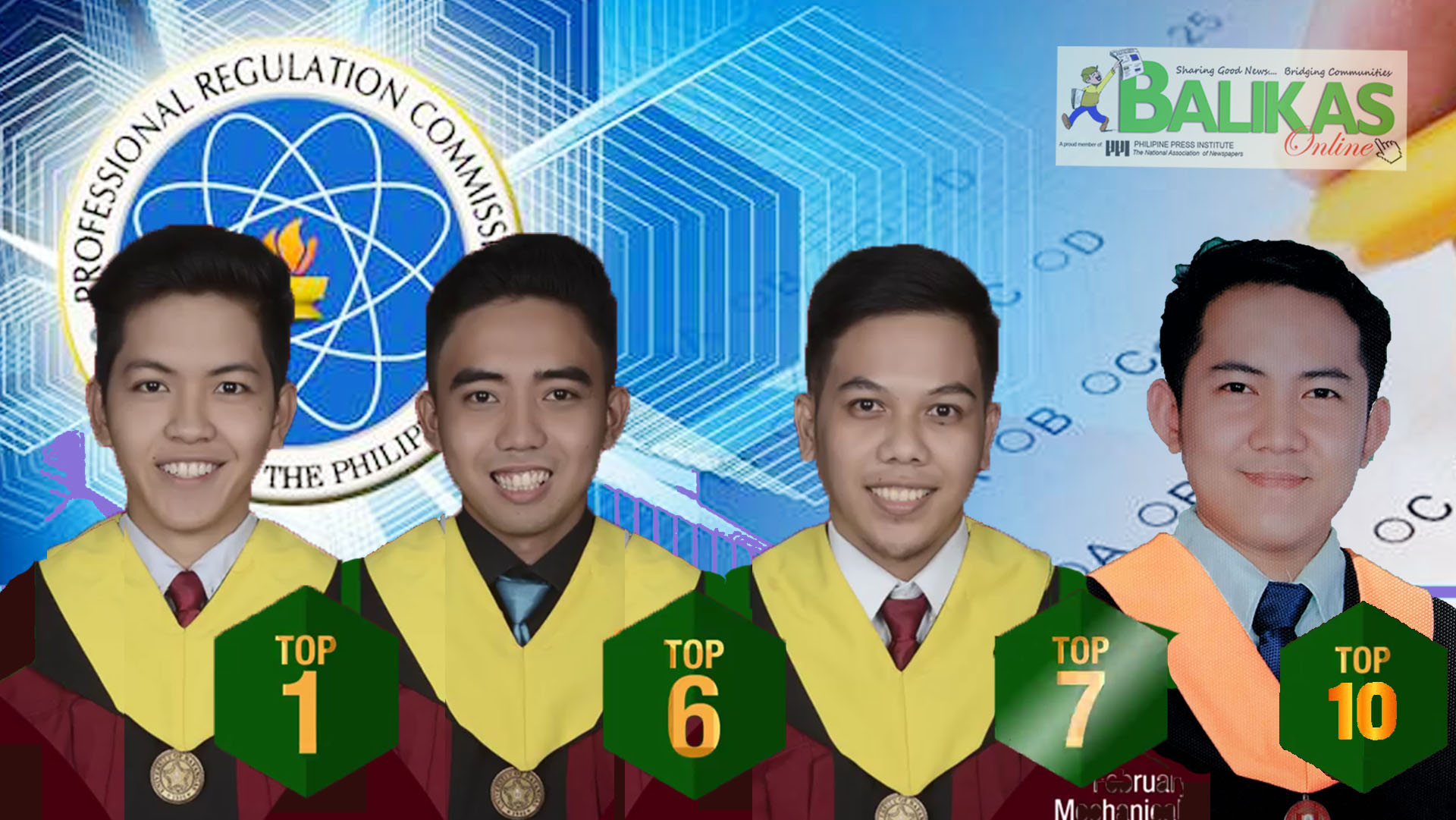 THE era when provincianos have to brave the challenges of the Emperial Manila to land on top of board examinations for engineering has finally come to an end with the recent results of Mechanical Engineering Licensure Examination (MELE) that speaks for itself.

In the past, a provinciano has to enroll in old and big universities in Metro Manila which produced board topnotchers in different disciplines. But with the results of the recent examinations, four (4) of the Top 10 Board Passers are true-blooded, home-grown Batangueños; the Top among them with 92.40% rating is Engr. Jayson De Torres Perez of the University of Batangas.

Corollary to this, none among the Metro Manila big universities made it in the list of the Top Performing Schools based on the guidelines set by Commission Resolution No. 2017-1058(C) series of 2017.

Only three schools, all of them are provincial universities, made it in the list with 50 or more examinees and with at least 80% passing percentage rank, and the other good news to this is that two of them are from Batangas – BSU-Alangilan with 119 new mechanical engineers out of the 132 examinees is the Top Performing School at 90.15% passing rate, and University of Batangas with 83 new engineers out of 103 examinees at 80.58% passing rate.

Second in the list is University of Southern Philippines-Davao City with 57 passers out of 65 examinees at 87.69% passing rate. The national passing rate is only 50.49%

The Professional Regulation Commission (PRC) announced that 1,538 out of 3,046 passed the MELE and 31 out of 87 passed the Certified Plant Mechanic Licensure Examination given by the Board of Mechanical Engineering in Manila, Baguio, Cebu and Tacloban last February 2019. The results were released in three (3) working days after the last day of examinations.

From March 8 to 14, 2019, registration for the issuance of Professional Identification Card (ID) and Certificate of Registration will be done on-line. The new engineers have to go to www.prc.gov.ph and follow instructions for initial registration. Those who will register are required to bring the following: downloaded duly accomplished Oath Form or Panunumpa ng Propesyonal, notice of admission (for identification only), 2 pieces passport sized pictures (colored with white background and complete name tag), 2 sets of documentary stamps and 1 piece short brown envelope. Successful examinees should personally register and sign in the Roster of Registered Professionals. The date and venue for the oathtaking ceremony of the new successful examinees in the said examinations which will be announced later.

Performance of engineering schools in the region

To monitor the performance of schools in licensure examinations, they are assessed as provided in R.A. 8981 otherwise known as PRC Modernization Act of 2000 Section 7(m) based on their results of the ensuing examination.

Based on February 2019 MELE, the performance rating of engineering schools in the CALABARZON Region, in alphabetical order, are as follows;

This is not the first time that Batangas-based universities made it as top performing engineering schools in the country. In the February 2018 ME Licensure Examination, the university was also in the top of the list with 99.15% passing rate against 47.05% national passing rate, and producing seven topnotchers.

While in September 2017 MELE, Engr. Von Eric Abag Damirez of University of Batangas also made it on Top 2 with 90.15% rating, when UB also landed at Top 5 Performing School in the country; the Top 1 in the Calabarzon Region.|#BALIKAS_News