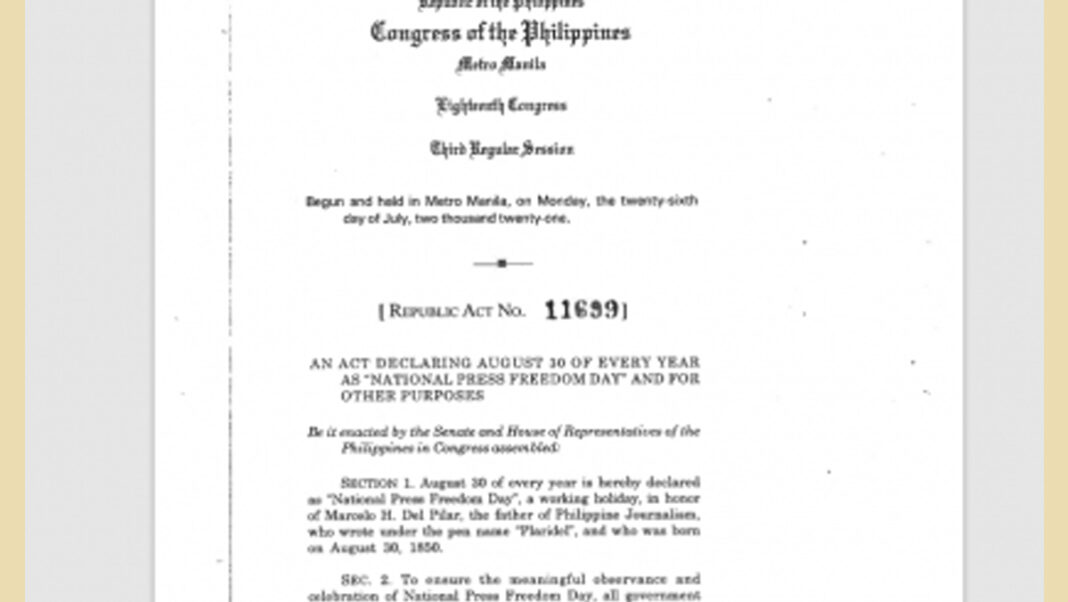 Under Republic Act (RA) 11699 inked on April 13, August 30 of every year is declared National Press Freedom Day in honor of Marcelo H. del Pilar, the father of Philippine Journalism.

To ensure the “meaningful observance and celebration” of National Press Freedom Day, all government agencies and instrumentalities, as well as the private sector, are directed to engage and participate in any related activity to be conducted on the premises of their respective offices or establishments.

RA 11699 mandates the Department of Education (DepEd), the Commission on Higher Education (CHED), and the Technical Education and Skills Development Authority (TESDA) to lead public and private schools at all levels in organizing consciousness-raising activities on the importance of the press and their rights and social responsibilities.

DepEd, CHED, and TESDA are also tasked to ensure that the elimination of all forms of violence against the press will also be taught.

The three departments must consult the Office of the President, government, and private media organizations with regard to the holding of activities related to the observance of National Press Freedom Day.

A copy of RA 11699 was released by the Palace on Wednesday.|Ruth Abbey Gita-Carlos, PNA