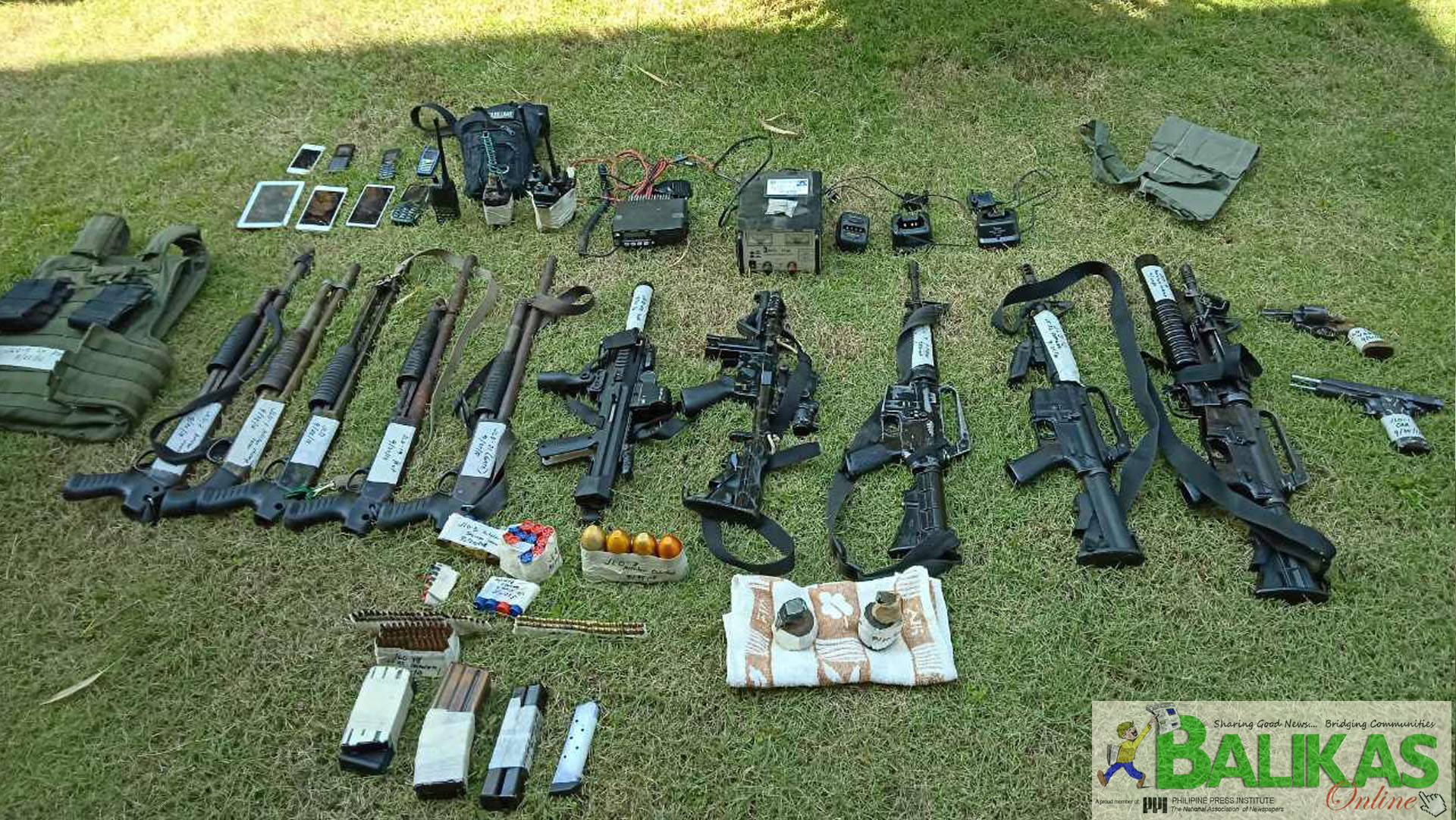 CAMP GEN. CAPINPIN, Tanaya, Rizal – Joint elements of the Philippine Army’s 80th Infantry Battalion and the National Bureau of Investigation recovered high-powered firearms in Teresa, Rizal at around 7:30 a.m. Tuesday after serving a search warrant in a farm that is believed to be a safe house of top NPA leaders in Southern Tagalog.

According to Brigadier General Arnulfo Marcelo B. Burgos Jr, Commander of the 202nd Infantry (UNIFIER) Brigade which has operational jurisdiction over the area, the government troops and agents served the warrant which was issued after months of intelligence operations against Armando Lazarte alias Pat/Romano, Secretary of the NPA’s Sub-Regional Military Area 4A, and Tirso Alcantara alias Bart, the former Commander of the NPA Terrorists’ Regional Yunit Guerilla. 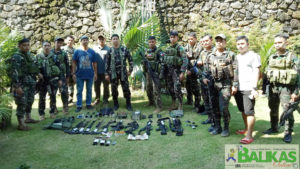 “The presence of top NPA leaders and the proximity of Teresa town to Manila are indicators that the threat of “Red October” cannot be downplayed and that the plotters are just awaiting for an opportunity to execute their plans”, said General Burgos.

He added that “we will remain proactive in addressing any form of threats within our jurisdiction since our primary mandate is to be the vanguards of the national government’s southern frontier.”

He added that the owner of the 6-hectare farm, Ki Be E alias Lily Ong, was among the eight personalities apprehended by the government forces.

One of the apprehended personalities revealed to authorities that two of the M653s belong to alias Bart while the other two, including the grenades, were owned by alias Pat/Romano. The person also confirmed that the two NPA leaders were regular visitors of Coral Farm.

“We will remain steadfast in accomplishing our mission of preserving the Filipino people’s peaceful and democratic way of life by ensuring order across our area of responsibility,” said General Parayno.

He added that the successful government action “should serve as a warning to the few remaining NPA terrorists in Southern Tagalog – lay down your arms because you will never succeed, we will catch you.”

“Red October” is the purported anti-government plan involving the Communist Party of the Philippines to oust President Rodrigo Duterte from Malacañang.| #BALIKAS_News