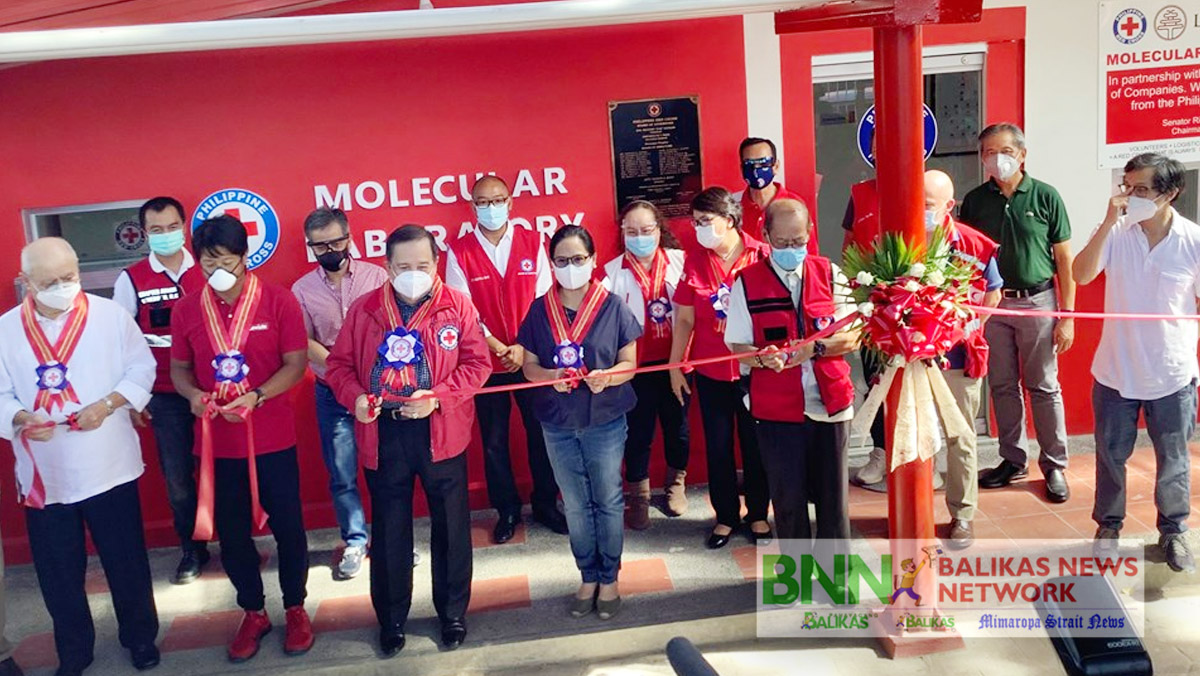 BATANGAS City – “THE Batangueños are the type of people who are worthy of the support of any organization like the Philippine Red Cross. Ang mga taong maalam pahalagahan ang sarili at nagsusumikap ay hindi mahirap tulungan; and that’s the reason why we are here today to inaugurate a new molecular laboratory to test the Batangueños and its neighboring provinces in our fight against the corona virus pandemic.”

This development brings to 32,000 tests a day the total testing capacity of the six (6) molecular laboratories installed by the PRC in Metro Manila and key cities of the country which are all certified as an accredited COVID-19 testing centers of the Research Institute for Tropical Medicine (RITM).

“We are glad to have this laboratory running because more people should get tested. Testing is the key to get our economy going again and this is more so, here in Batangas and in the whole region, with its different economic zones, techno-parks, industrial zones and others,” he said.

Gordon explained that thru testing, carriers of the virus can be separated from those who are not and thus stop further transmission. Equally important, he added, is that testing will also enable people to get back to their jobs.

Meanwhile, Sec. Vivencio Dizon, deputy chief implementer of the Inter-Agency Task Force (IATF), grabbed the opportunity to convey to the PRC through Chairman Gordon, the gratitude and appreciation of the IATF to the bold move and selfless support of the PRC to the fight against the pandemic.

Batangas’ 5th District Congressman Marvey Mariño, however, said that Batangas City is the worthy recipient of this project of the PRC. “With all the programs and initiatives against the CioVid-19 pandemic that we are implementing here in Batangas, especially here in Batangas City, we are very thankful that we have here now a readily available testing laboratory that will enable us to quickly implement necessary actions in handling COVID-19 cases as we don’t have to wait long for results.

‘We have already prepared a Memorandum of Agreement (MOA) with the PRC-Batangas for the immediate testing of swab samples of our constituents, and we are hoping that this development will help us more to curb the continuing increase of cases among our fellow Batangueños,” Batangas City mayor Beverly Rose A. Dimacuha said in an interview.

According to PRC-Batangas Chapter administrator Ronald Generoso, each local government unit (LGU) who are willing to partner with the PRC molecular laboratory must execute an agreement with the chapter. “We are also looking into the possibility of charging only the lowest rate which the LGUs can charged to PhilHealth thru their accredited Rural Health Units (RHUs),” Generoso said.

Last month of May 2020, the LT Group Inc., the holding firm of taipan Lucio C. Tan, donated the P15-million bio-molecular laboratory to the PRC.

The PRC is also constructing and about to open similar molecular laboratories of varying capacities in UPLB in Laguna, Lucena City in Quezon, Albay, Cebu City, and Zamboanga among others.