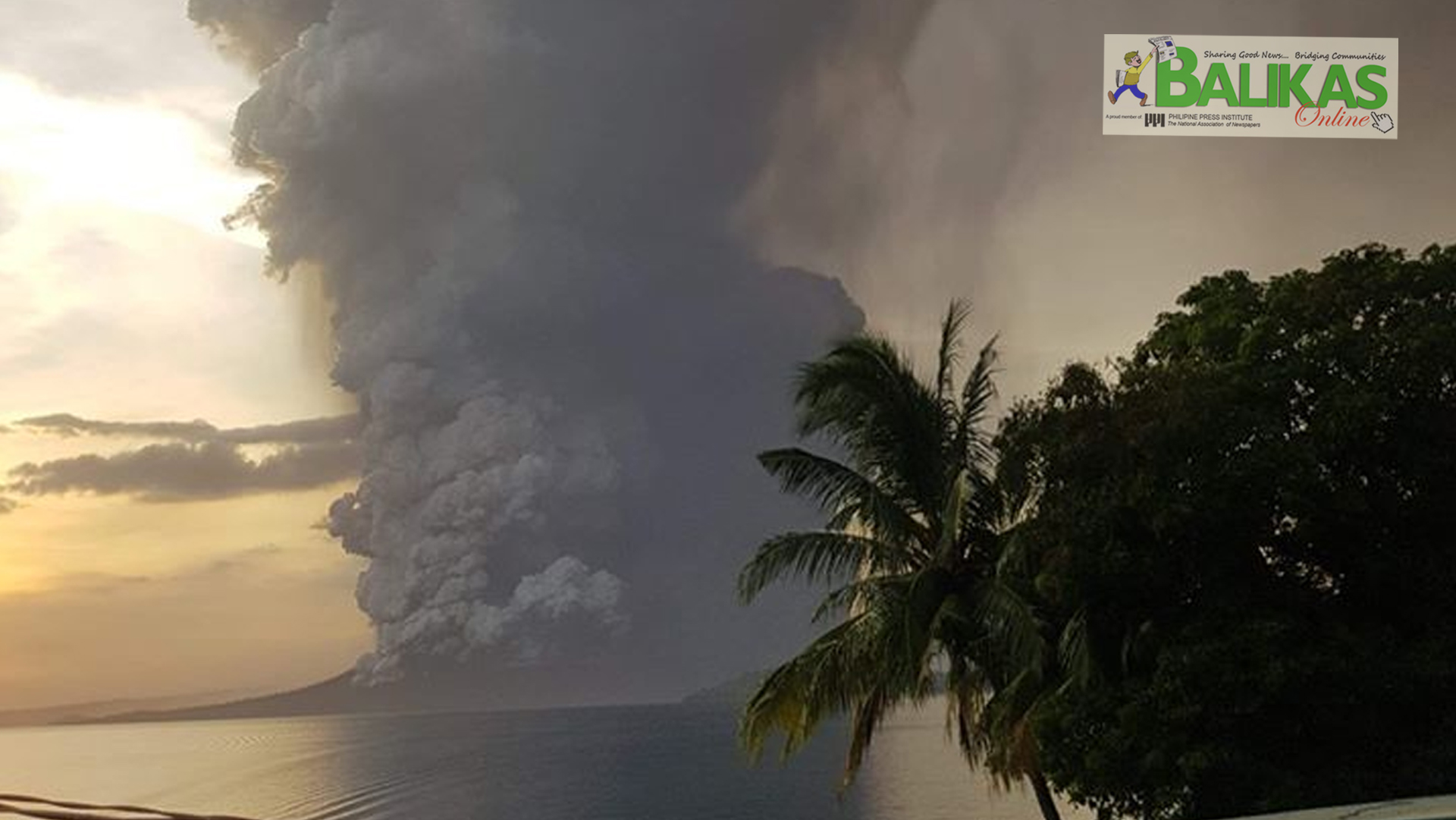 The Philippine Institute of Volcanology and Seismology (PHIVOLCS) raised the alert level from Level 1 to 2 at 2:30 in the afternoon asking all people at the island volcano to immediately evacuate and asking the public to keep on guard as the volcano went on phreatic eruption and started to spew ashes. At this time, PHIVOLCS said the water beneath the ground is getting in contact with hot magma.

However, at 4:00 o’clock in the afternoon, Phivolcs again raised the status again to Alert Level 3, indicating “magmatic unrest.” The ash column then had reached one-kilometer high. And after another three and a half hours, Phivolcs raised the status to Alert Level 4 at 7:30 p.m. anticipating hazardous eruption. The ash and rock fragments column reached up to 10-15 kilometers due to continuous eruption. There were also frequent volcanic lightnings that seen as far as Batangas City and in parts of Laguna.

By Sunday night, reports of ashfall from Taal Volcano had reached other CALABARZON provinces and parts of Metro Manila. Several areas near Taal Volcano also experienced power outages due to ashfall, lava mud, and rocks. Classes were suspended in the whole provinces of Batangas and Cavite and all over Metro Manila.

Residents of lakeshore towns of San Nicolas, Agoncillo, Balete, Laurel and Talisay as well as low-lying barangays of Lemery, Taal, Mataasnakahoy, and Tanauan City flown to the evacuation centers in areas outside the 14-kilometer radius danger zone.

While most of the residents were on panic in escaping the impending more hazardous eruption, not a single resident was reported missing nor died caused by the eruption. As early as March 2019, the Phivolcs has raised the status to Alert Level 1 after the agency recorded an increased seismic activity in the volcano.

Also since then the provincial government of Batangas has initiated building a resettlement area in Balete town to accommodate the residents of the island volcano. Residents were also advised to be on guard and start to vacate the volcano island. But with their source of livelihood in the island, the residents were adamant of leaving the place. Only after the unusual seismic activities were recorded in November 2019 that people started to move out; although they still stay at the island, peddling tourists with their horses, until the Department of Education decided to close the two public schools in the island volcano.

Taal Volcano hasn’t erupted since 1977, as confirmed by Phivolcs Director Renato Solidum, Department of Science and Technology undersecretary for disaster risk reduction and climate change adaptation. However, there had been volcanic unrest recorded in 2011, 2012, and 2014.|-BALIKAS News Network