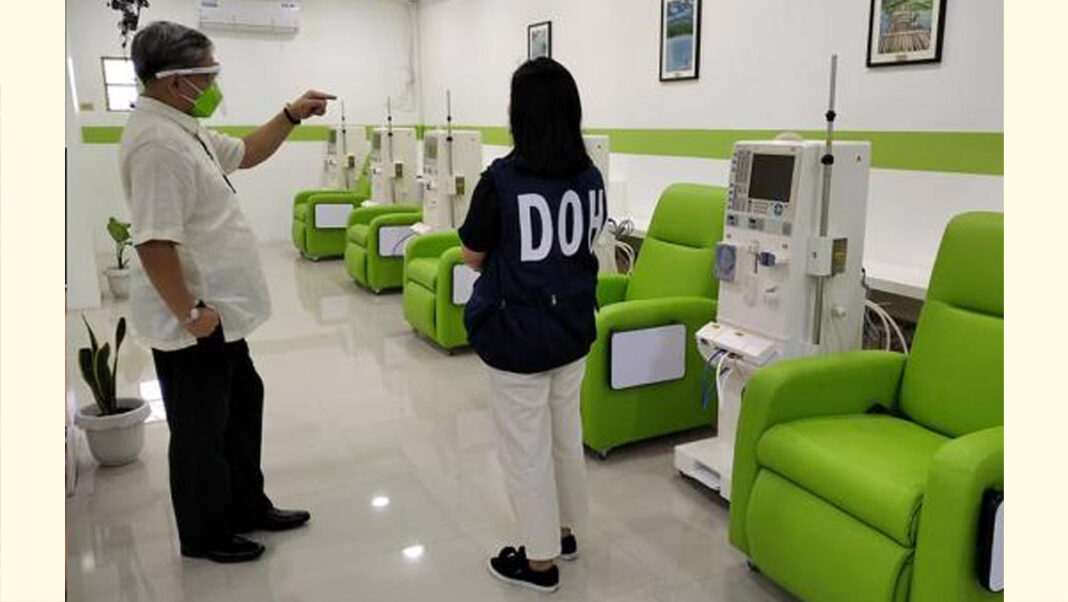 THE Department of Health (DOH) – CALABARZON (Cavite, Laguna, Batangas, Rizal, Quezon) yesterday led the inauguration of the of the San Pablo City District Hospital (SPCDH) Dialysis Center for Covid-19 patients of the city.

Regional Director Eduardo C. Janairo stated that the regional office has facilitated the accreditation and License to Operate (LTO) of the center.

“We will be assisting in logistics augmentation including personal protective equipment for personnel, especially now that the Delta Variant virus has been identified in the region and San Pablo City is among those with recorded cases,” Janairo assured.

According to San Pablo City District Hospital OIC Chief, Dr. Edgar M. Palacol, the establishment of the center was made possible through a public-private partnership program between SPCDH and Renal Hub who provided the machines and manpower.

Palacol added that a total of P12 Million was allocated for the construction and repair including the equipment needed for the center.

The center has a total of 10 dialysis stations that will be used and can accommodate around 75 patients a day.The San Pablo City District Hospital is the designated Covid19 Testing Facility Hospital in Laguna, by virtue of Provincial Ordinance No. 7, series of 2020.|-BNN